DJ Khaled has added vegan wings to the menu at his virtual restaurant chain, Another Wing. Photo courtesy of Another Wing
DJ Khaled‘s virtual chicken wing restaurant, Another Wing, has unveiled new, vegan LikeWings to its US menu in time for 4/20 and Earth Day.

To celebrate the launch, Another Wing will cohost a pop-up, Another Wing Dispensary, in partnership with the local medical marijuana company the Flowery, at an as-yet-undisclosed address in Miami’s Wynwood neighborhood today, April 20. More information about the pop-up (including the address) will be shared by @another.wing today on Instagram.

Created in partnership with plant-based meat substitute company, LikeMeat, LikeWings are offered in Another Wing’s signature flavors, including "You Loyal" lemon pepper, "Honey! Honey!" hot honey sriracha, and "They Don’t Want You to Win Truffalo." The wings, made with soy protein, are vegan, non-GMO, and gluten-free, but the sauces are not vegan.

“Safe to say I’m doing more than 22 days,” DJ Khaled wrote on his Snapchat after completing the challenge, which PETA tweeted. The DJ credited his vegan diet for increased levels of energy and said he shed nine pounds in the first week of the challenge.

Touting its debut as “the world’s most ambitious restaurant launch,” Another Wing opened in November 2021 across more than 150 locations and three continents on the Reef Kitchens platform. The virtual wing restaurant has since expanded to Asia. Locally, it's available via food-delivery platforms including Uber Eats and DoorDash.

Another Wing Wynwood pop-up. 3 to 9 p.m. Wednesday, April 20. Visit @another.wing on Instagram for details.
KEEP MIAMI NEW TIMES FREE... Since we started Miami New Times, it has been defined as the free, independent voice of Miami, and we'd like to keep it that way. With local media under siege, it's more important than ever for us to rally support behind funding our local journalism. You can help by participating in our "I Support" program, allowing us to keep offering readers access to our incisive coverage of local news, food and culture with no paywalls.
Make a one-time donation today for as little as $1. 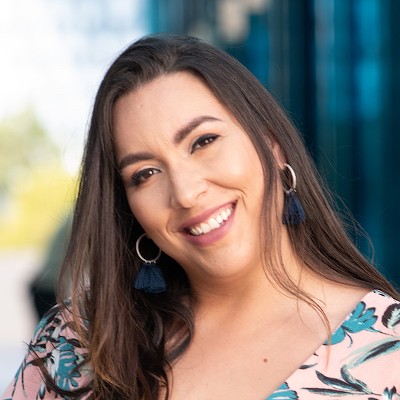