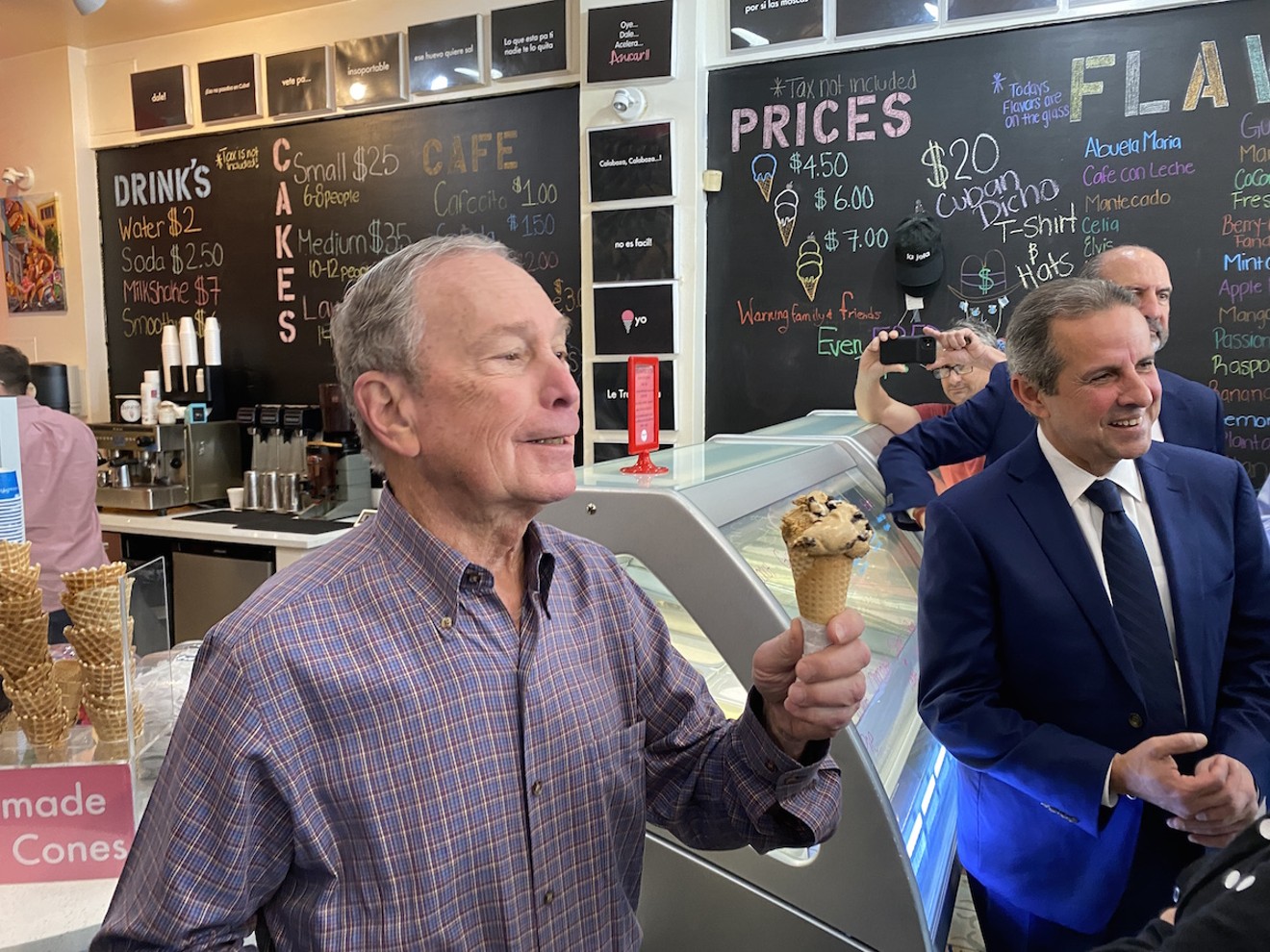 Together at the counter, Diaz, Bloomberg, and developer Bill Fuller joked about the nuances of the Spanish language as it differs among nations and discussed the effect coronavirus is having on businesses in Miami and beyond.

"We are starting to see a little bit of a pullback right now," Fuller said. Bloomberg noted the Morton's steakhouse he and his team visited after Monday's campaign events in Virginia was startlingly empty.

The candidate, who has spent the past three months crisscrossing the nation in hopes of securing the Democratic nomination, didn't have a chance to eat anything, even as Politico reporter Marc Caputo slammed down steak and eggs while marveling at the cafeteria's low prices alongside 54-year-old tattoo artist Domingo Lopez, who opted for eggs, ham, and buttered Cuban toast.

A New York City native, Lopez said he supports Bloomberg after seeing how he operated as mayor of that city from 2002 to 2013. He noted that Bloomberg rival Joe Biden's decades in politics and entanglement in Donald Trump's impeachment make him a tainted candidate. "Joe Biden is a nobody," Lopez said. "I had expectations, and he didn't meet them." 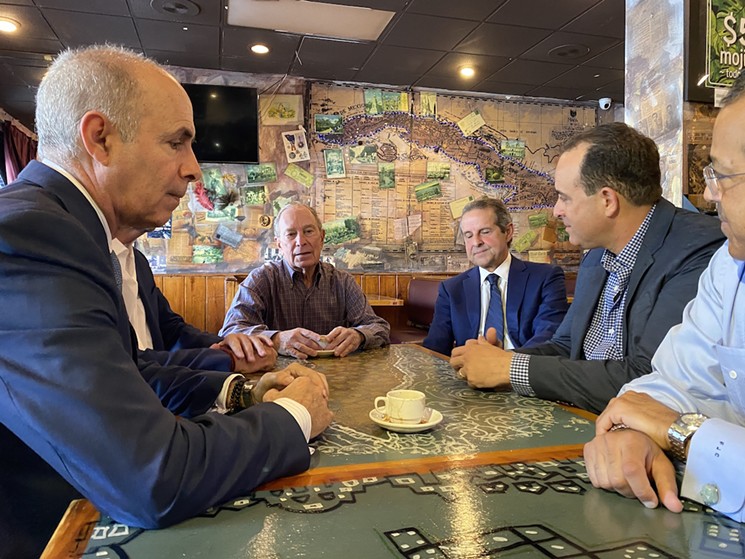 Reporters swarmed El Pub during Bloomberg's informal meeting with former Mayor Manny Diaz and developer Bill Fuller.
Photo by Zachary Fagenson
Bloomberg performed poorly in Tuesday's primaries. He earned only a handful of delegates in American Samoa after dropping more than a half-billion dollars on ads. Campaign insiders report that their candidate would reassess his bid Wednesday.

From El Pub, Bloomberg was soon whisked across the street for a visit to Azucar Ice Cream Company. This writer suggested he sample the Burn in Hell Fidel — chocolate ice cream with a heroic dose of cayenne pepper — which Azucar created after the Cuban dictator's death. The heat, Azucar owner Suzy Batlle explained to New Times in 2016, "is for the Hell that Castro should be in now."

Bloomberg condemned the Castro regime and its brutality during a short speech at his nearby campaign office a few minutes later, but when it came to ice cream, Bloomberg opted for a scoop of café con leche and insisted on paying.

Of course, there are any number of reasons to become a billionaire and run for president, but getting to try Miami's best ice cream at 9:15 on a Tuesday morning should rank high on the list.

Bloomberg ended the morning by encouraging his supporters to back their local businesses and gave a thumbs-up to El Pub's empanadas — which he incorrectly pronounced with an eñe.
KEEP MIAMI NEW TIMES FREE... Since we started Miami New Times, it has been defined as the free, independent voice of Miami, and we'd like to keep it that way. With local media under siege, it's more important than ever for us to rally support behind funding our local journalism. You can help by participating in our "I Support" program, allowing us to keep offering readers access to our incisive coverage of local news, food and culture with no paywalls.
Make a one-time donation today for as little as $1.