"Don’t Call It West Wynwood": Will Allapattah Stave Off Gentrification? 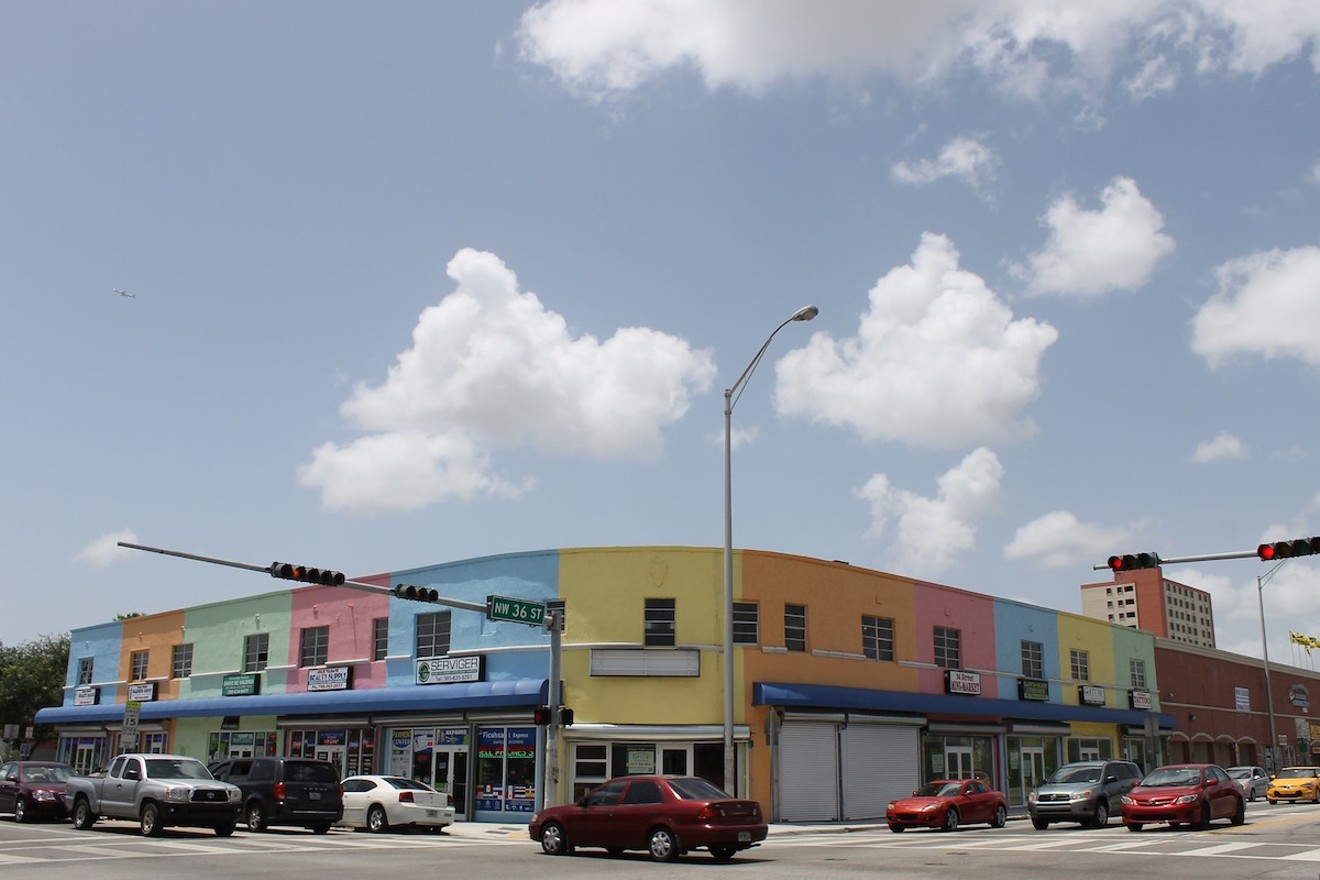 Allapattah (from the Seminole word for “alligator”) is located northwest of downtown and due west of Wynwood, encompassing nearly five square miles. Photo by Phillip Pessar/Flickr
Allapattah has long been known for its mom-and-pop shops, street vendors serving fresh fruit, and open-air eateries whipping up authentic Salvadoran and Dominican cuisine. It's hard to believe it's only a few blocks west of the looming cranes and under-construction condo towers casting long shadows over Wynwood's show-stopping murals, gaudy storefronts, and wandering tourists.

But on the heels of Wynwood's gentrification over the past two decades, investors and developers seem now to be looking elsewhere, to areas where rents and property are more reasonably priced yet not too far from the urban core.

Many fear it's only a matter of time before Allapattah follows a fate similar to that of the once predominantly Puerto Rican neighborhood to its east.

“Unfortunately, with Wynwood's gentrification success, hungry developers want to keep expanding west, and Allapattah is on its way,” says Francesca Escoto, director of economic development and strategy at the Allapattah Collaborative, CDC, a nonprofit focused on keeping small businesses in the neighborhood. “Allapattah once was the center of life in Miami because of its location. It is only natural that people would be looking at it again.”

Allapattah (from the Seminole word for “alligator”) is situated northwest of downtown and due west of Wynwood, encompassing nearly five square miles. The majority of the neighborhood is within Miami's city limits, though a small portion is owned by the county.

Around the 1950s, the construction of Interstate 95 brought large swaths of Black families displaced from other parts of the city (such as Overtown) to Allapattah. Then, following a series of crises in Central and Latin American countries in the 1980s and '90s, came an influx of Dominican, El Salvadoran, and Nicaraguan immigrants.

In the late 1990s, the City of Miami declared Allapattah an “empowerment zone,” which meant local residents and businesses could receive federal tax credits and cash incentives for affordable housing and promoting small businesses.

Since then, community advocacy groups like the Allapattah Collaborative, along with local business owners, have fought an uphill battle to ensure that new development actually serves the people in Allapattah.

“The single most pressing threat to Miami is to become a ghost town that serves people who live elsewhere, while climate change threatens its very existence,” Escoto asserts. “Foreign investors are not going to protect nor invest themselves in Miami; local people with their livelihoods at stake will."

The way Escoto sees it, Allapattah is a bellwether for the rest of the city when it comes to sustainable development.

“The single most pressing threat to Miami is to become a ghost town that serves people who live elsewhere, while climate change threatens its very existence.”

"Allapattah is one of the few neighborhoods that truly represents that in Miami," she says. "Miami needs Allapattah to thrive. What will it take to see Allapattah thrive? Ironically, development.”

Anyone familiar with Wynwood's origin story and wary of gentrification would be concerned that in 2019 Mera and Don Rubell moved their contemporary art collection from Wynwood to Allapattah to open the Rubell Museum, a 100,000-square-foot campus of 40 galleries, a library, and a high-end Basque restaurant in what was once a former food-processing complex. After all, the Rubells are known for their foresight: They moved into Wynwood long before the murals and nightclubs — back in 1993 when it was a desolate, crime-plagued area.

That same year, in 2019, prominent condo developer Jorge Perez (namesake of the Perez Art Museum Miami) opened El Espacio 23, a 28,000-square-foot private art museum on NW 23rd Street in Allapattah. “I’m more excited about this than any damn humongous building,” he told the Miami Herald at the time.

This past April, the immersive art installation Superblue opened in a 50,0000-square-foot former fruit warehouse in Allapattah. It lured the high-profile likes of David and Victoria Beckham, along with kids Harper and Romeo, who spent a day this summer shimmying around the installation's mirrors and foamy bubbles.

The galleries and museums come at a cost to the small businesses owners and residents, who live in predominately single-family homes dating as far back as the 1920s. And it's a cost many of them can't afford.

"In Allapattah, a disproportionate influx of capital is displacing long-term residents and small business owners with rent increases and lack of viable opportunities to own their long-term residences or storefronts," wrote Mileyka Burgos-Flores, Allapattah Collaborative, CDC's executive director in an essay for Main Street America, an online publication overseen by the nonprofit National Trust for Historic Preservation.

Back in April, the Neology Life Development Group finished the 13-story No. 17 Residences building in south Allapattah. With monthly rents ranging from $1,800 to $2,410, the building is described as "attainable luxury" and includes a pool, gym, and coworking rooms.

Business owners like Cesar Morales — who was one of the original architects of Wynwood's success with the opening of his bar, Wood Tavern, in 2011 — consider Allapattah's developmental "infancy" a major draw. In 2016, Morales opened Las Rosas just a few blocks west of Wynwood on NW 29th Street. It's a gritty neighborhood bar and venue that has become a staple in Miami’s music scene. His beloved Wood Tavern had to move from its original location owing to rising rents, but he hopes Las Rosas will endure.

“[Allapattah's] still in its infancy," Morales says. "So even though the prices have gone up, it's still not anywhere near [as expensive as] Wynwood."

Morales is optimistic that the old and the new in any neighborhood can coexist — to a point.

“Once you hit a certain point of growth and expansion, you can’t stop it,” he says, alluding to the momentum of development in Wynwood.

But if developers and new businesses continue to set their eyes on one of Miami’s oldest neighborhoods, he warns that they’ll have to embrace the community's identity rather than force their own.

"Don’t call it 'West Wynwood.' Don’t call it 'the new Wynwood,'" Morales says. "Allapattah is Allapattah."
KEEP MIAMI NEW TIMES FREE... Since we started Miami New Times, it has been defined as the free, independent voice of Miami, and we'd like to keep it that way. With local media under siege, it's more important than ever for us to rally support behind funding our local journalism. You can help by participating in our "I Support" program, allowing us to keep offering readers access to our incisive coverage of local news, food and culture with no paywalls.
Make a one-time donation today for as little as $1.