Moving to Miami: How to Survive Hurricane Season Without Panicking 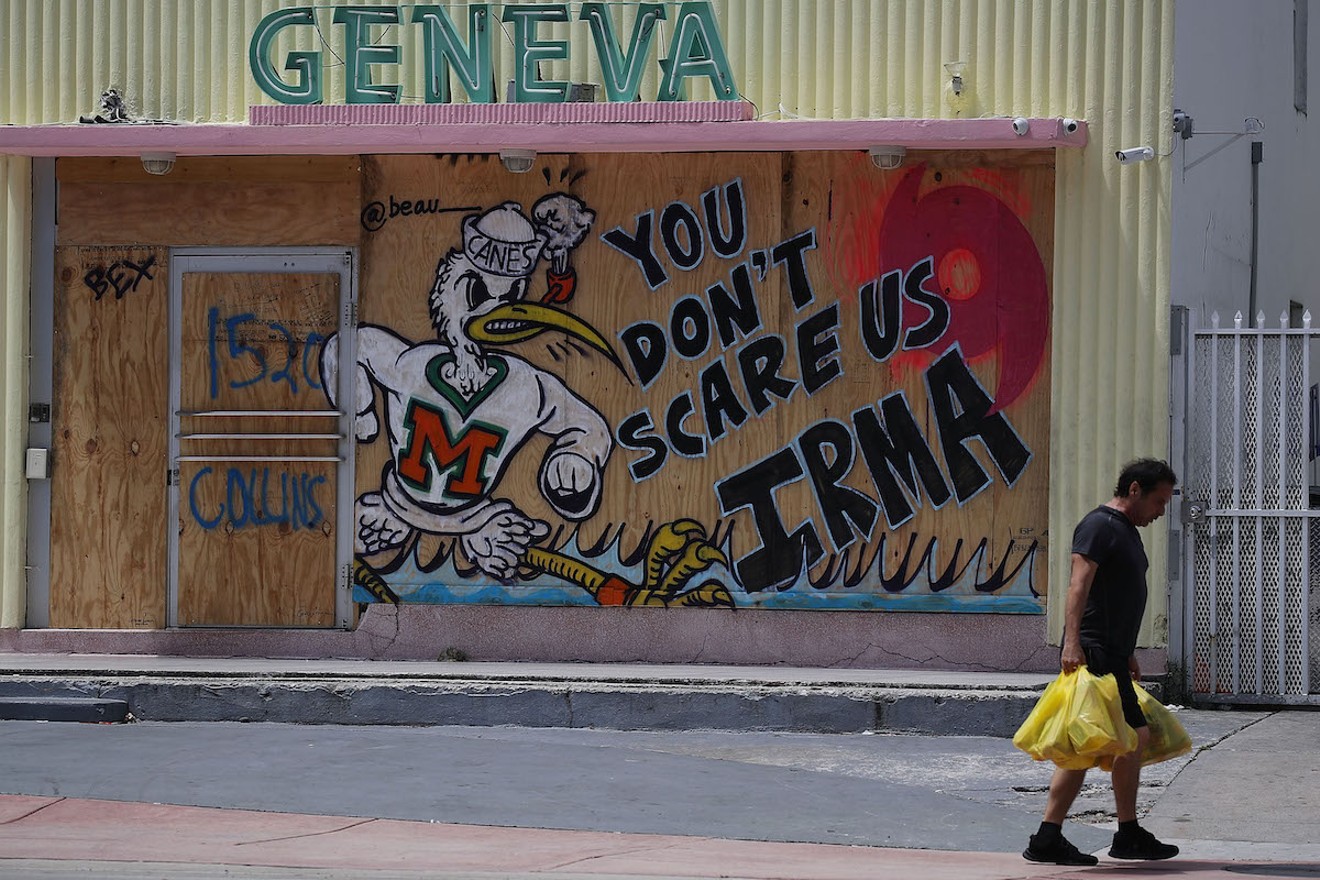 It's pretty much inevitable that you will face at least one hurricane during your time in Miami. From June 1 to November 30, Floridians are basically always on edge about when the next storm might strike. And thanks to climate change and global warming, hurricanes over the coming years will be stronger, wetter, and more frequent.

To avoid losing your sanity, don't wait until the last minute to do your hurricane prep. All of the necessary supplies are sold year-round! While your friends and neighbors are running around trying to get instant coffee and canned tuna hours before the storm, you'll be ready days in advance.

As soon as the hurricane warning is announced, it's a good idea to put up hurricane shutters if your windows aren't impact-resistant. But be prepared to live in a cave — you won't be able to distinguish day from night when the shutters extinguish all sunlight.


During the storm and its aftermath, it's possible you'll be without power for a while. To avoid sitting in the dark for days on end, buy some flashlights and batteries. With your hurricane shutters up and the electricity out, it will be impossible to see a foot in front of you. As soon as the storm starts rolling in and the lights start flickering, you'll understand the value of flashlights.

Stock up on cases of water and canned food

It's a good idea to always have a large supply of water and canned food, because as soon as there's a slight chance of a hurricane, you'll want to avoid the supermarket at all costs. Grocery stores devolve into madness as everyone angles to secure their food and water supply. No one wants to see you at Publix in a helmet and elbow pads fighting off neighbors for the last loaf of Wonder Bread.

Grocery stores devolve into madness as everyone angles to secure their food and water supply.

Fuel up your car

Hurricanes mean gas shortages, so make sure you have a full tank in the days before a storm. It might be a pain running all over town to find a station that isn't sold out or plagued by long lines, but it's necessary if you end up needing to evacuate.

Here's a perfect opportunity to bond with your neighbors. Give one another a hand in bringing in potted plants, grills, and patio furniture. When it's all said and done, you might need a chiropractor, but a sore back is better than catastrophic damage from a weaponized lounge chair in hurricane-force winds.

For the ultimate experience, buy a generator

As mentioned numerous times above, you will probably lose power during a hurricane. During my own experience of Hurricane Irma in 2017, my neighborhood in Broward was without power for two weeks after the storm. To avoid eating canned foods, relying on bottled water, or sweating for days, you can buy a one-room or full-house generator. Soon everyone you know will try to crash at your place to take advantage of your A/C and electricity.

If you are in an evacuation zone, get out

If you live in an evacuation zone, especially by the water, get the hell out of there. Don't try to ride out the storm. It is absolutely terrifying when the storm surge is growing and causing waters to rise waist-deep. It might be a scary thought to leave your house behind, but material items are easily replaceable. Staying just isn't worth your safety.