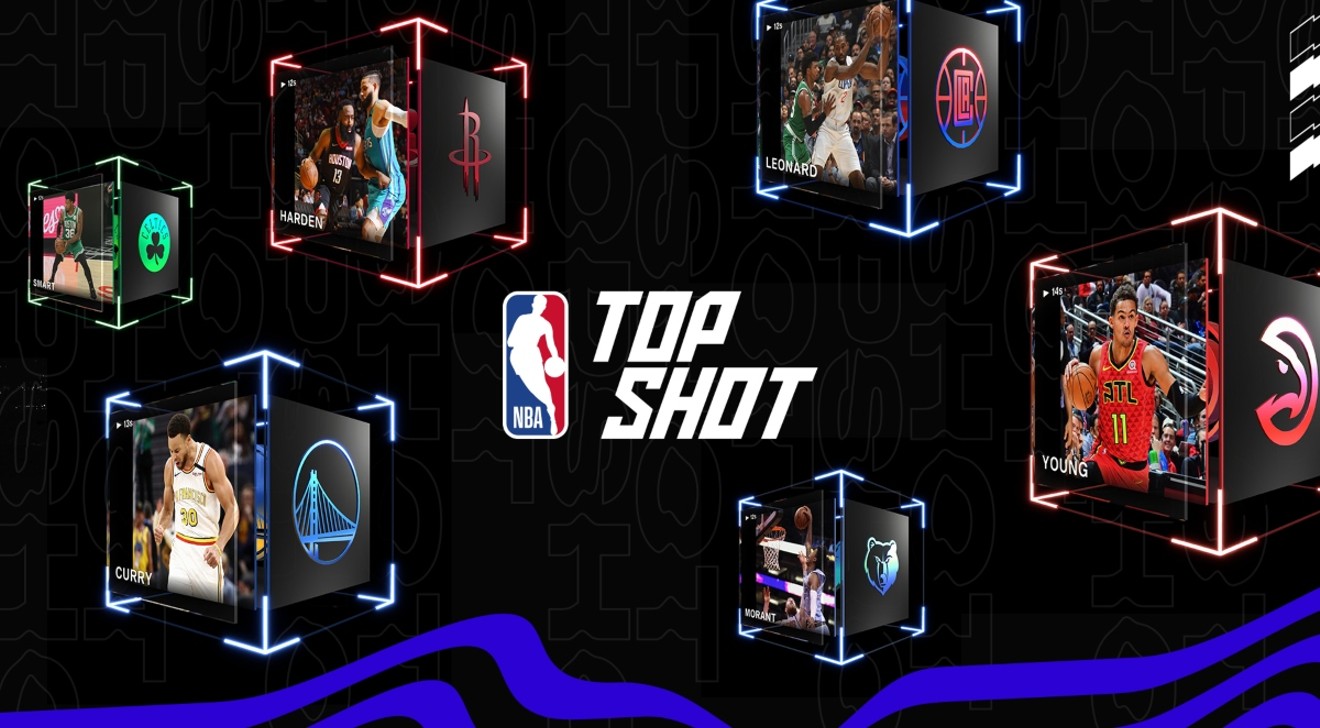 Welcome to the future of sports cards. Photo courtesy of NBA Top Shot
Would you pay $11,000 for a three-second clip of Bam Adebayo blocking an Atlanta Hawks player in a random regular-season game? What about dropping $40,000 on a clip of Jimmy Butler hitting a three-pointer? May I interest you in a $100,000 highlight of a LeBron James dunk?

No? Seems crazy, right? Nobody would ever do that, would they?

But they would, and they are. Tens of thousands of people, to be exact, are doing just that thing on a new platform called NBA Top Shot, a blockchain-based platform that allows fans to buy, sell, and trade numbered versions of specific, officially licensed video highlights.

Welcome to the future of sports cards, where they're no longer stored in the closet of the room you grew up in at your parents' house but instead on the internet, like everything else. You're welcome, Mom!

While the rest of us were focused on everything but digital trading cards during the first year of COVID, the NBA was teaming up with a company called Dapper Labs to create a platform called NBA Top Shot. After officially launching last week, Dapper Labs CEO Roham Gharegozlou referred to the product as a "revolutionary new experience in which jaw-dropping plays and unforgettable highlights become collectibles that you can own forever."

Sounds pretty wholesome, right? A bunch of 12-year-old kids trading cards on their tablets? Nope, it's not that. This is big-boy stuff over here. Top Shot has a lot more in common with an episode of "Billions" than it does with anything having to do with kids.

Based on sales, this month @nba_topshot became the largest NFT market ever. pic.twitter.com/YgbCAT9XJM

Top Shot "cards" are referred to as NFTs, or non-fungible tokens. A non-fungible token is a special type of cryptographic token that can represents something unique. You've heard of Bitcoin. Think of a Bam Adebayo dunk as a BamCoin. If he performs well, so does his coin, increasing in value like a stock. Because there's a limited supply of these minted clips, they hold value to collectors.

Unlike your traditional trading cards, Top Shot moments can be swapped online in a matter of minutes.  It's not unlike buying and selling stocks. There's no peer-to-peer trading as of right now, but the company says that's in the works, along with many other features, like cards that are only available to fans who are in the area for a particular game or QR codes that will be shown on the broadcast that you can scan at home.

Miami Heat shooting guard Tyler Herro was one of the first NBA players to associate himself with the product. His name and likeness have been blasted all over the platform for weeks now, and he's lent his voice to some of the tutorials users can watch to learn how Top Shot works. Heat player Andre Iguodala is also involved with the project, as well as a handful of other players, including the Cleveland Cavaliers' JaVale McGee and the Brooklyn Nets' Spencer Dinwiddie.
Still confused? You're not alone. The website is still in beta as Dapper Labs works out the kinks, and the majority of users only joined last month. Not until last week did ESPN and other major news outlets catch wind of the phenomenon, throwing the eBay-style marketplace into a frenzy that saw $2 cards skyrocket to hundreds of dollars.

Top Shot and the NBA are betting that the future of trading cards is no longer in physical cardboard people have to send away in the mail to get graded, but rather in digital assets they can pull up on their phones and show each other. When you think about it in that sense, it's not that crazy. Everything from your entire financial portfolio to every picture of your family you've ever had is stored on the internet, so why would basketball cards be any different?

Think of it like this: You can print out a picture of a Babe Ruth baseball card but that doesn't mean you own it. The same can be said for a clip of Jimmy Butler playing basketball: just because you watch it on YouTube for free doesn't mean you own it. But with Top Shots, you can. Well, a set amount of people can, just like a traditional sports card. The only difference now is it exists online, not in a hard plastic case you need to drive home to get to show to your buddies.

Players are even starting to gain interest in owning their own highlights. Soon, you'll be hearing a player yell, "That's a Top Shot!" after a dunk. It's not if — it's when.

Top Shot is such a new, changing, and rapidly growing product that even those with an understanding of it have had a hard time wrapping their heads around what it's become. There are beta users who joined in October who blindly invested just a couple thousand dollars, not knowing if it would turn into anything. Now, some of those same collectors hold collections worth over $10 million.

Just last month, Top Shot released 2,500 packs of cards that cost $999. When the cards became available, 25,000 people entered the lottery system to score one of the packs, spending $2.6 million in a matter of minutes. On a semi-regular basis, the site is dropping 50,000 packs that each contain three cards. The cost is $9, and they sell out as fast as Top Shot makes them available.

So now you know this thing exists. It's either your new addiction (trust me) or something you still don't believe in. No matter where you fall, the next time you see Tyler Herro drain a three-pointer or Bam Adebayo swat an opponent's attempt out of bounds, you may be witnessing something thousands of people will line up to pay thousands for.

Multiple Miami Heat fans and investors likely did just that during the time it took you to read this article.
KEEP MIAMI NEW TIMES FREE... Since we started Miami New Times, it has been defined as the free, independent voice of Miami, and we'd like to keep it that way. With local media under siege, it's more important than ever for us to rally support behind funding our local journalism. You can help by participating in our "I Support" program, allowing us to keep offering readers access to our incisive coverage of local news, food and culture with no paywalls.
Make a one-time donation today for as little as $1.