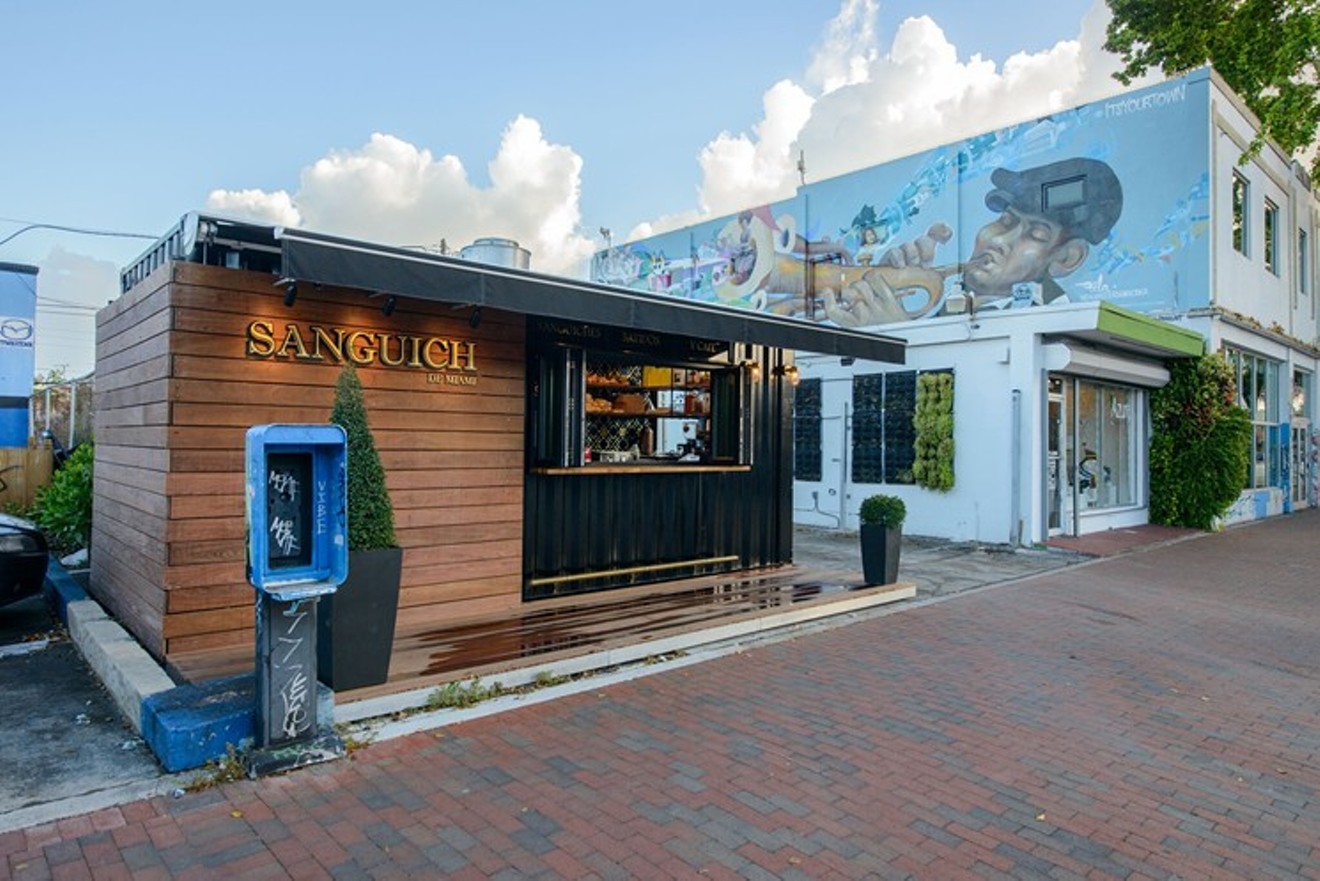 “The City of Miami’s laws are antiquated. There are no laws that speak about shipping containers or mediums of business similar to ours. By becoming a mobile food vendor, we hope this will circumvent the problem. We are urging our commissioner and all city officials for their support for Sanguich and other entrepreneurs like us who can help energize the city in new and innovative ways."

The ventanita-style walkup opened in late October. In about two months, Sanguich became Calle Ocho's leading spot to grab a Cuban sandwich. It was also a frequent stop on local food tours. New Times even named the business among the best restaurant openings of 2017.

"We need supporters and readers to understand that there are no laws in place that handle their business medium," says Liza Santana, Sanguich's public relations representative. "They did everything they were required to do, but unfortunately, not all of Miami's governing organizations were on the same page."

According to Santana, the problem stems from Sanguich's semipermanent location, which is on a sidewalk in front of an auto shop and adjacent to a row of storefronts on SW Eighth Street. She was unable to specify the problem or which government organizations took issue. Co-owner Daniel Figueredo declined to comment.

The news broke January 12 when Figueredo and partner Rosa Romero posted a video on the company's Facebook page. The two can be seen in front of a City of Miami government building on SW 14th Street but did not give a reason for Sanguich's closure or whether it would reopen. 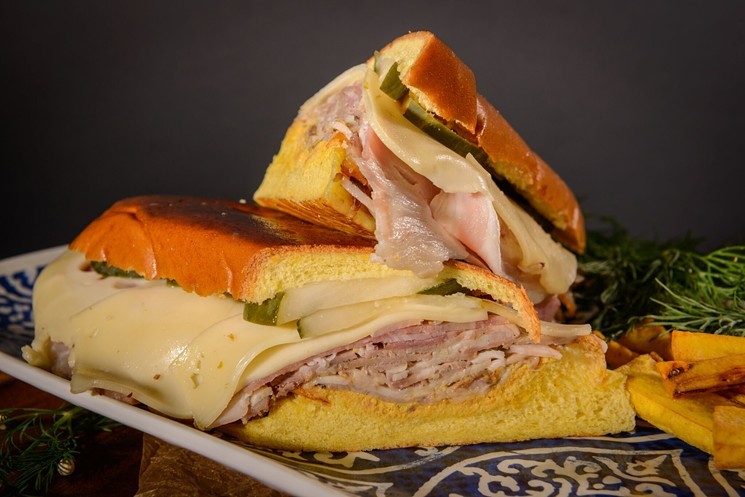 A "sanguich"
Sanguich de Miami
In the meantime, Sanguich will host a food giveaway Friday, January 19. Beginning at noon, the couple will offer complimentary sandwiches until stock runs out. Guests are encouraged to make donations to an onsite charity. The name of the nonprofit will be announced soon.

"It's a way to show your love for Sanguich," Santana says. "And if people want to donate, they can give money straight to the organization."

The small shop churned out gourmet Cuban sandwiches made from scratch. All ingredients, from ham and pork to mustard and pickles, were prepped and cooked in-house. Sanguich's tiny space was designed and manufactured by Figueredo, who spent much of his career building luxury boutiques before he decided to open his own eatery.

"We have intentions to grow this concept in many ways," Figueredo told New Times in October 2017. "We would love to open a number of these across Miami in the next few years."

For now, Sanguich's future is uncertain, and its website is in maintenance mode. "It's a really sad thing when a place so dynamic as South Florida has these kinds of issues," Santana says. "The concept totally took off, but now it's at a standstill. But they're young and determined, so they will not give up. Now it's just about figuring the best course of action, be it somewhere permanent or mobile."