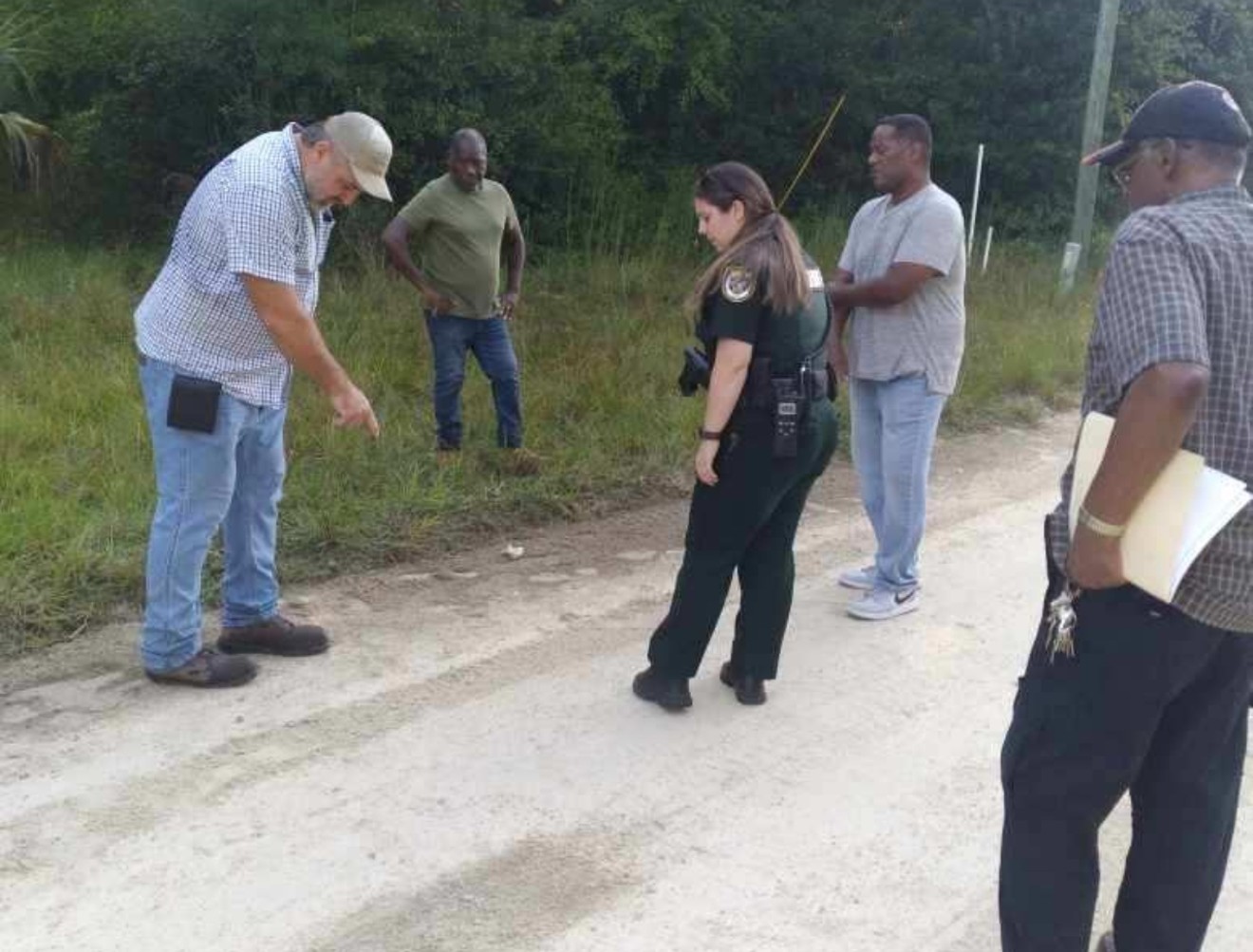 The Levy County Sheriff's Office (LCSO) has arrested David Allen Emanuel, a 61-year-old white resident who lives across the road from a vacant lot Dunn co-owns in Rosewood, a small North Florida town infamous for a 1923 massacre in which a mob of white vigilantes killed at least six Black residents.

A prominent expert in Black history, Dunn, 82, had called on the LCSO to take action against Emanuel after a September 6 altercation in which he alleges that Emanuel menaced him and his companions, hurling racist epithets and then driving his pickup truck at them, nearly striking Dunn's son Douglas.

"He went into a rage. He started screaming at us and calling us 'niggers,'" Dunn told New Times last week. "Then he guns his truck at us at full speed and makes this attempt to hit us."

Emanuel was arrested on September 12 and charged with aggravated assault with a deadly weapon. His bond was set at $50,000.


To the Levy County Sheriff
I spent six years in the uniform of a United States naval officer who now, at age 82 was assaulted by a racist with a truck calling me a nigger. My disappointment is not in my country but in a sheriff's department that won't even ask me about it. pic.twitter.com/3XQkWzg02n

Dunn says the arrest has lifted a weight off his shoulders.

"I'm relieved that this person has been held accountable by police. This has been a very difficult thing for me and the others who were involved," he tells New Times.

Last week, after interviewing Dunn about the encounter, New Times used Dunn's description of his alleged assailant along with records from the Levy County Property Appraiser to identify Emanuel and attempted to reach him by phone. On September 8, the paper received a call from a phone number associated with a voicemail message that stated it belonged to Emanuel.

"That's pure bullshit. Tell them they can kiss my ass," the male caller said after New Times explained the reason for the call.

The caller refused to confirm whether he was David Emanuel. But when pressed for more information, the man said Dunn had cursed at him, so he took his truck and drove it at Dunn’s group.

"They told me to go fuck myself, so I got in my truck and I came at those motherfuckers. I would've fucked up all those Black motherfuckers," he said before hanging up.

Informed of the exchange, Dunn says he was cordial with Emanuel and didn't curse until Emanuel nearly plowed into his son.

"I wouldn't say that to him. I only cursed at him when he almost killed my son, but that was well into the event," Dunn maintains.

Dunn says the assault took place while he and a group of eight people — six Black and two white — were talking just outside Dunn's property. He says Emanuel approached his group and complained because Dunn had parked his car across the road.

"I told him that this is a county road, and I will park wherever I want to. Then he went off," Dunn asserts.

Rosewood, located about 50 miles southwest of Gainesville not far from Cedar Key, was the site of an infamous racist massacre that began on New Year's Day 1923.

An all-white mob ransacked and razed the town after Fanny Taylor, a white woman from neighboring Sumner, claimed she had been assaulted in her home by a Black man. The mob tore through Rosewood looking for the supposed perpetrator, leading to an armed standoff at the home of Taylor's Black laundress, Sarah Carrier, which made news across the nation.

Over a span of several days, the mob leveled the town, killing residents who didn't manage to escape. Florida's governor, Cary Hardee, later ordered an investigation into the rampage, but an all-white grand jury found insufficient evidence to prosecute.

Dunn was planning to bring a group of Miami students to Rosewood next January on the centennial of the massacre as part of a tour of sites of mass violence against Black people in Florida. Though the attack caused him to have second thoughts about the project, he says the arrest has reassured him.

"I know that Levy County Sheriff's Office is on the case," Dunn tells New Times. "I'm no longer worried about security. I'll let them know when I'm coming and they'll provide deputies."
KEEP MIAMI NEW TIMES FREE... Since we started Miami New Times, it has been defined as the free, independent voice of Miami, and we'd like to keep it that way. With local media under siege, it's more important than ever for us to rally support behind funding our local journalism. You can help by participating in our "I Support" program, allowing us to keep offering readers access to our incisive coverage of local news, food and culture with no paywalls.
Make a one-time donation today for as little as $1.