We Made It, Miami: Hurricane Season Is Over 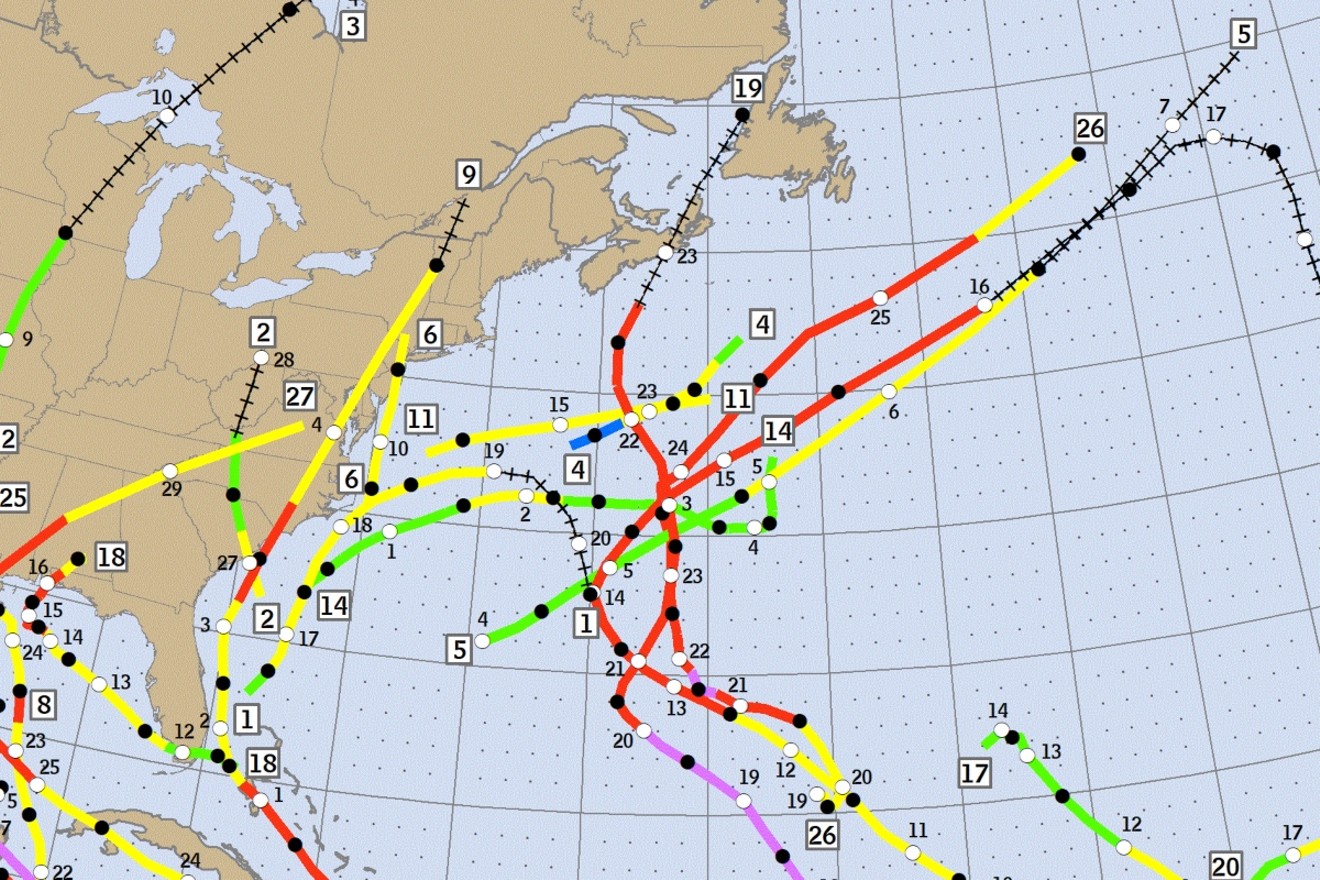 The 2020 Atlantic hurricane season was a doozy. Image courtesy of the National Hurricane Center
This nightmare of a hurricane season is officially over. For all of our hand-wringing and nervous spaghetti-model-watching, Miami made it out relatively unscathed.

This year shattered record after record. The season gave us 30 named storms, the greatest number in a single year since 2005. Thirteen of those developed into hurricanes, 12 made landfall, and 6 were classified as major hurricanes. Forecasters ran out of storm names in mid-September and busted out the Greek alphabet with more than two months of hurricane season left to go.

Other locales didn't get off so easy. Five storms struck Louisiana. Back-to-back hurricanes Eta and Iota made landfall in Nicaragua last month and brought deadly flooding and mudslides to Honduras, Guatemala, and other countries in the Central American region as the storms moved inland. The storms killed more than 200 people across Central America, Latin America, and the Caribbean.

While yesterday was the final "official" day of hurricane season, University of Miami weather researcher Brian McNoldy points out that the dates are arbitrary and the Atlantic Ocean could have other plans for December. And he cautions that there have been postseason storms as recently as 2013.

So pop the lids on your tuna-can rations just yet: The National Weather Service is already keeping an eye on an area of low pressure forming off the western coast of Portugal, which could prolong this already batshit hurricane season. Because 2020 doesn't know when to take a bow and exit stage right.


Nature has other plans on this final "official" day of the 2020 Atlantic Hurricane Season. An area of low pressure near the Madeira Islands could acquire enough subtropical characteristics in the next few days to keep the record season going.https://t.co/XZO7pOrOHA pic.twitter.com/ckKlRKqdJE