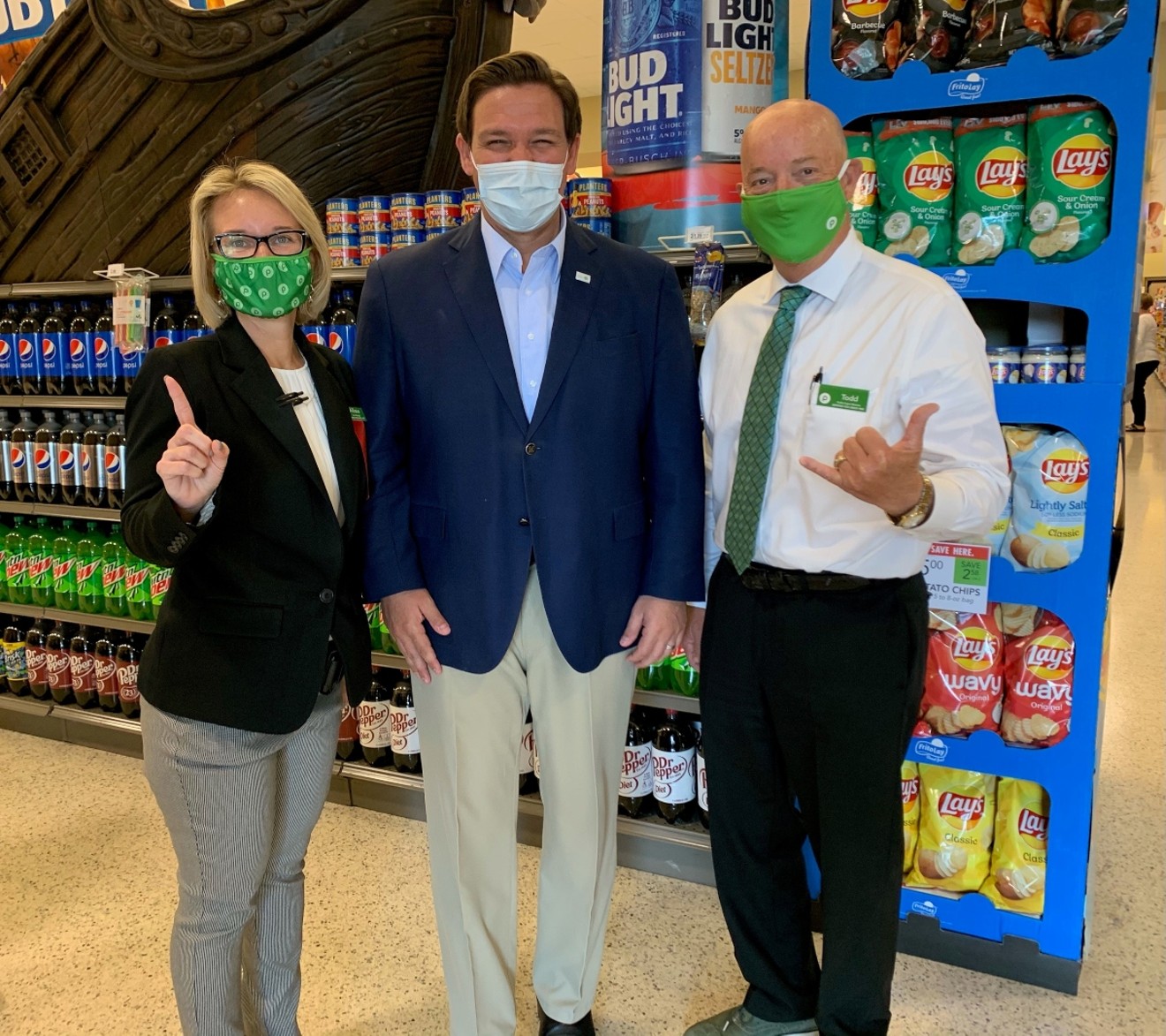 For years, the Lakeland-based company and members of its founding family have supported conservative causes and backed efforts to oppose progressive legislation, including the legalization of medical marijuana and the regulation of polystyrene, better known by the brand name Styrofoam. In 2018, Publix leaders gave $670,000 to a campaign for Republican gubernatorial candidate Adam Putnam. The next year, heirs to the Publix fortune donated $28,000 to Donald Trump's re-election campaign and $25,000 to a PAC supporting DeSantis' re-election bid.

Last month, Publix doubled down on its support for the business-friendly governor. In December, the grocery chain made four $25,000 contributions to the Friends of Ron DeSantis PAC, which has raised more than $50 million to date. Publix previously donated $25,000 to the committee in January 2020 and another $25,000 in November 2019, according to state records.

A spokesperson for Publix's Florida stores did not respond to an email from New Times asking why the company supports DeSantis' re-election.

The grocery chain has previously come under fire for its political donations. After survivors of the Parkland shooting reamed Publix for its support of Putnam, who described himself as a "proud NRA sellout," the company in 2018 said it would re-evaluate its corporate processes for political advocacy. But the controversy died down weeks later, and Publix continued to make campaign contributions.

While many businesses have suffered because of the COVID-19 pandemic, grocery stores like Publix have enjoyed record sales as more people shifted to eating at home. The Lakeland Ledger reported that Publix's profits rose 41 percent for the first nine months of 2020 compared to the same time period in 2019.

Now, the pandemic is getting people through the doors at Publix for another reason: vaccines. Last week, DeSantis announced that the state is partnering with Publix to distribute COVID vaccinations through a three-county pilot program. A Publix spokesperson told the Ocala Star-Banner that the company is working with the governor's office to obtain and distribute more vaccines.

While DeSantis endeared himself to some ideological opponents with his environmental reforms in the early days of his administration, his reputation among liberals and some moderates took a hit in 2020 with his loosening of COVID restrictions and support of Trump's election-fraud fantasy. The New Republic named DeSantis its "Scoundrel of the Year," and a November poll by Florida Atlantic University found that the governor's approval rating has dipped to 42 percent.

DeSantis is up for re-election in 2022.
KEEP MIAMI NEW TIMES FREE... Since we started Miami New Times, it has been defined as the free, independent voice of Miami, and we'd like to keep it that way. With local media under siege, it's more important than ever for us to rally support behind funding our local journalism. You can help by participating in our "I Support" program, allowing us to keep offering readers access to our incisive coverage of local news, food and culture with no paywalls.
Make a one-time donation today for as little as $1.