Miami New Times archival tally center (artist conception) Photo by Marcin Wichary via Flickr
Another spin around the Sun, checked off and done. Every December, we set a calendar alarm to remind us to painstakingly calculate how many of you, our loyal readers, clicked on each specific vintage 2022 link in the sausage smorgasbord we call "News."

As the estimable Mr. Letterman used to declare of his Stupid Pet Tricks and Stupid Human Tricks features: This is only an exhibition. This is not a competition. Please, no wagering."

Without further ado, here's the official countdown of the year 2022. And what a year it was... 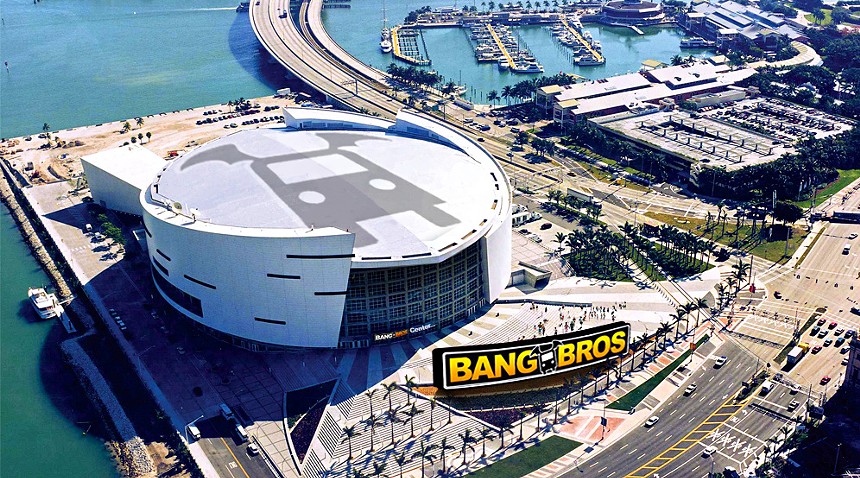 
In the space of a few days, investors are out billions of dollars, the Heat's home is nameless, a guy who looks Egon Spengler come to life is the new poster boy for the perils of cryptocurrency. Not only does it feel like something out of a movie, but it undoubtedly will be a movie. It's just a question of who directs and stars.

As weird as that sounds, it's even weirder than what you're thinking. 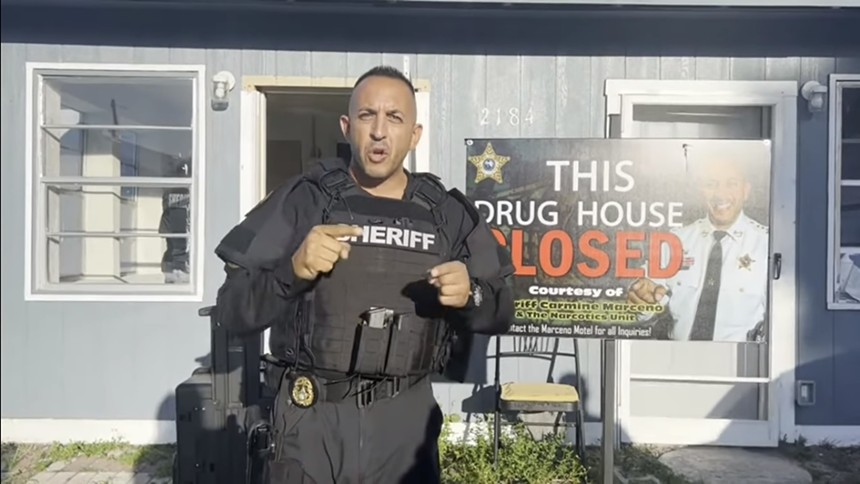 Sheriff Carmine Marceno has special-made yard signs with his face on them, and a message for alleged drug dealers.
Photo by Lee County Sheriff's Office
9. Lee County Skipped Evacuation of Jail Located in Evacuation Zone, by Alex DeLuca


More than two million Floridians were told to evacuate as Hurricane Ian approached Florida's southwest coast. When the storm came ashore on September 28, it decimated neighborhoods with Category 4 winds and brought a destructive storm surge that submerged city blocks in Lee County.

But while mandatory evacuation orders had been in place across the county for more than two days, sending scores of residents fleeing inland across the state, one group remained in the storm's direct path with no option to leave. 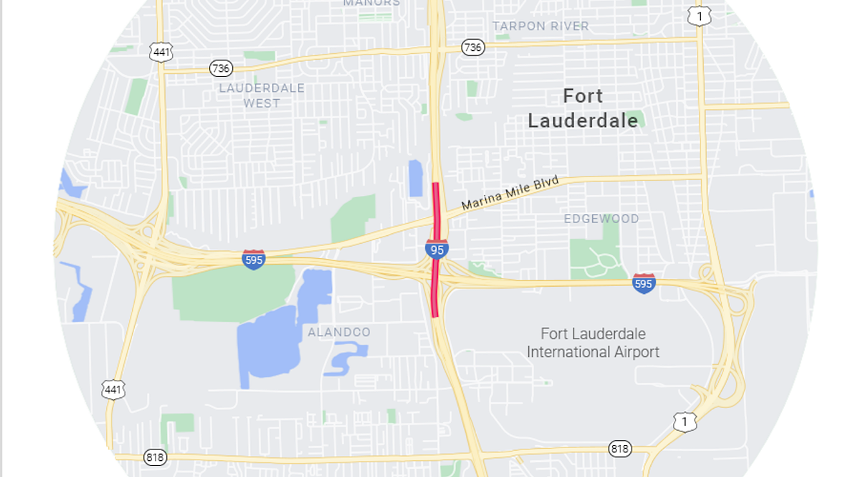 A new study found that this is the deadliest one-mile stretch of highway in the country.
via 1 Point21 Interactive, Elk & Elk
8. Study: I-95 in Fort Lauderdale Is the Deadliest Mile in America, by Jess Swanson


Last May, a woman driving a Mercedes-Benz SUV plunged nearly 20 feet off the southbound entrance ramp onto I-95 from State Road 84 in Fort Lauderdale. She'd hit a concrete guardrail that had just been repaired following an eerily similar accident that sent two men in a Cadillac SUV to the hospital roughly 24 hours prior.

While those three victims survived, 24 people died in 23 car crashes between 2000 and 2019 along that same stretch of I-95 between I-595 and State Road 84, which is now considered the "deadliest mile in America," according to a new study by 1Point21 Interactive digital agency and the Elk & Elk personal injury law firm. 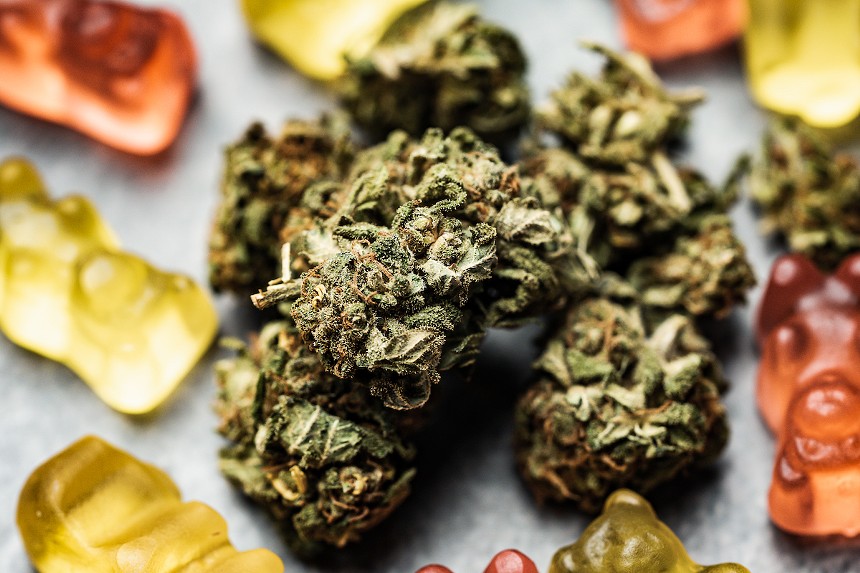 This federal ruling helps bring new clarity to a murky legal area regarding the hemp product. But what does it mean for Florida?
Flickr via Vaping360
7. What the Federal Delta-8 THC Ruling Means for Florida, by Alex DeLuca

A recent ruling by the U.S. Court of Appeals for the Ninth Circuit has reaffirmed that Delta-8 THC was indeed legalized nationwide by the 2018 Farm Bill, which federally legalized hemp and other cannabis plants that contain extremely low concentrations of Delta-9 THC. The creature was spotted in Tampa earlier this week.
Screenshot via @Blizzjuuheardd on Twitter
6. Ron Magill Identifies Tampa's Mysterious Creature — And It Lives in Miami Too, by Joshua Ceballos


On Monday, Twitter user @Blizzjuuheardd posted a photo of a creepy terrestrial animal with the caption, "Boy what the fuck is this shit 😭 I’m getting out of Tampa bro."

"A bear with alopecia," wrote one user, whose comment was followed by replies featuring actor Will Smith at the Oscars, a reference to comedian Chris Rock's joke about Smith's wife's medical condition that led to the infamous slap....

In the end, a South Florida wildlife expert was able to put the mystery to bed.

Reached by New Times by phone on Tuesday, Zoo Miami spokesperson Ron Magill identified the creature in the photo as an animal — albeit a very sick one — found in Miami and other parts of Florida. 
Ever dreamed of becoming a modern-day Mary Poppins who earns a six-figure income and works in one of the richest Zip Codes in the country?

Nine days ago, a seemingly well-to-do but anonymous local family posted a job for a "Full Time Nanny and Etiquette Teacher" on Indeed. The compensation: "$120,000 a year plus benefits." 
A federal judge has issued a preliminary injunction against Florida's so-called Stop WOKE Act, slamming the brakes on the state's enforcement of the controversial law that restricts teaching about systemic racism in public schools.

In a 139-page ruling, U.S. District Judge Mark Walker in Tallahassee blasted the Stop WOKE Act, now known as the Individual Freedom Act, which had been championed by Gov. Ron DeSantis. The judge ruled that the law violates the First and Fourteenth Amendments by barring Florida's educators from expressing certain viewpoints in university classrooms, while permitting "unfettered expression of the opposite viewpoints" favored by the State of Florida.

"This is positively dystopian," Walker wrote. "It should go without saying that if liberty means anything at all, it means the right to tell people what they do not want to hear.'" Books & Books proudly wears its stance on book bans.
Books & Books photo
3. All 200+ Books Banned in Florida and What Miami Booksellers Have to Say About It, by Alex DeLuca

According to PEN America, which tracks book-banning incidents, Florida tallied the third-highest number of school book banning incidents in the nation, trailing only Texas and Pennsylvania. While books have been banned in America since the days of the Mayflower, there has been a recent surge as an unprecedented number of parents, activists, and elected officials request scores of books to be banned from classrooms and libraries....

"It's extremely disturbing. But it's no surprise, given where our politics are today, that book banning and these cultural divisive issues will be exploited in order to make a political statement or to gain political advantage," Books & Books owner Mitchell Kaplan tells New Times. "The language is vague in some of these bills. Basically, it leaves educators in the dark." 
Since July of 2021, more than 200 books have been banned in various school districts across Florida, the state with the third-highest number of school book banning incidents in the U.S. This comes as the Florida legislature and Gov. Ron DeSantis have passed House Bill 1467, which allows members of the public to challenge and ban books available in school classrooms and libraries, and a swath of "anti-woke" legislation purportedly aimed at empowering parents to protect their children's impressionable minds.

With that in mind, local political stunt activist Chaz Stevens of Deerfield Beach has taken it upon himself to add another book to the lengthy list: the Bible. This week, in letters sent to superintendents in eight school districts in Florida — including Miami-Dade County Public Schools (MDCPS) and Broward County Public Schools (BCPS) — Stevens, an avowed atheist, petitions the districts to ban the Christian Bible from classrooms and libraries, citing its inclusion of inappropriate topics. 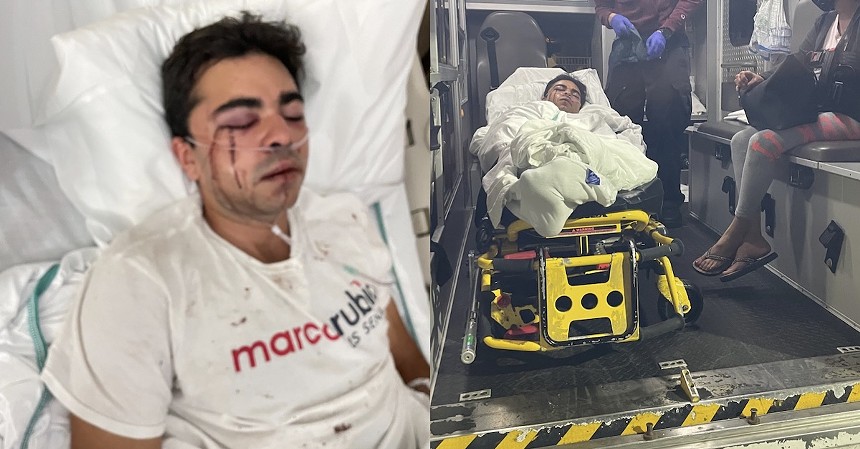 
An alleged former white supremacist once known as the "Cuban Confederate" was severely beaten while canvassing for U.S. Sen. Marco Rubio's campaign last night in Hialeah.

Christopher Monzon was walking by Amelia Earhart Park in Hialeah on Sunday night, October 23, when he was assaulted by a group of men, according to Vince Medel, president of the Miami Springs Republican Club.

Monzon has served as vice president of the Miami Springs Republican Club and is a former member of the white nationalist group Florida League of the South.

Medel says that one heavyset assailant inflicted most of Monzon's injuries during the attack, which left Monzon's face lacerated and severely bruised. Monzon is currently being treated at HCA Florida Kendall Hospital.

See also: Details Emerge on Brutal Beating of Rubio Supporter, Former White Nationalist
KEEP MIAMI NEW TIMES FREE... Since we started Miami New Times, it has been defined as the free, independent voice of Miami, and we'd like to keep it that way. With local media under siege, it's more important than ever for us to rally support behind funding our local journalism. You can help by participating in our "I Support" program, allowing us to keep offering readers access to our incisive coverage of local news, food and culture with no paywalls.
Make a one-time donation today for as little as $1.
Miami New Times staff