What the Federal Delta-8 THC Ruling Means for Florida 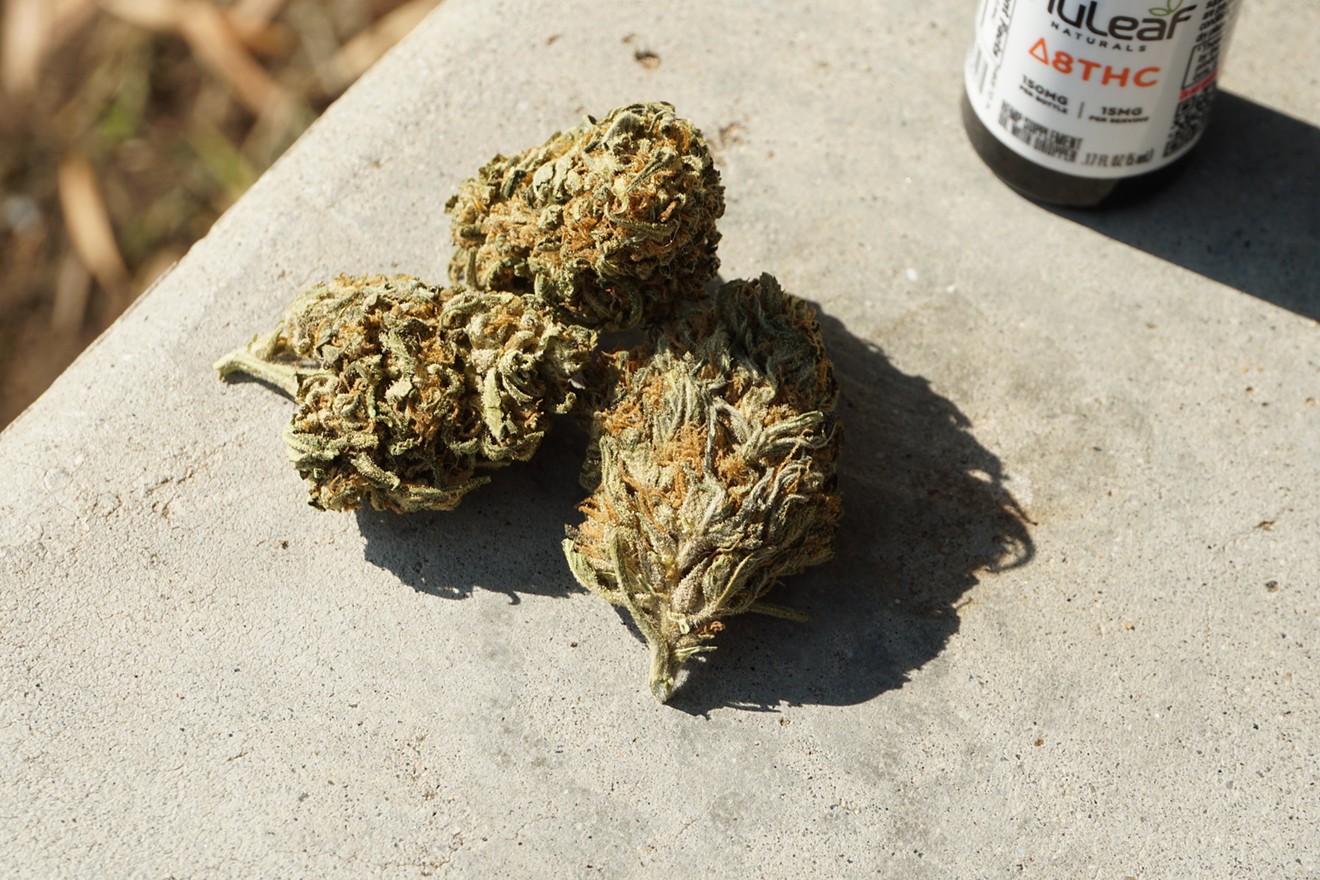 There's Delta-8 THC in that there hemp! Photo by Elsa Olofsson/Flickr
There's big news on the cannabis front.

A recent ruling by the U.S. Court of Appeals for the Ninth Circuit has reaffirmed that Delta-8 THC was indeed legalized nationwide by the 2018 Farm Bill, which federally legalized hemp and other cannabis plants that contain extremely low concentrations of Delta-9 THC.

Editor's note: If you know what all that means, feel free to skip or skim the next few paragraphs. If you have no idea what THC is or that there are different types of that psychoactive compound or need a refresher (or if you're stoned and have nothing else to do), by all means, read on.

Most people who are acquainted with marijuana are aware that its psychoactive ingredient is a chemical compound called tetrahydrocannabinol, commonly known as THC. Federal law holds that cannabis containing a concentration of THC in excess of 0.3 percent equals marijuana.

But cannabis plants contain more than one THC compound. The primary one that gets you high is called Delta-9 THC. And that's the one the federal government focuses on when differentiating marijuana (illegal) from hemp (legal).

But cannabis plants also contain a compound called Delta-8 THC. Delta-8 isn't nearly as psychoactive as Delta-9, but that doesn't mean it's, y'know, inert. And it just so happens that Delta-8 THC teeters just on the legal side of the 0.3 percent concentration threshold.

Because it isn't considered marijuana, Delta-8 THC has become a very popular product at stores that aren't authorized to sell marijuana. And for that same reason, the trendy cannabinoid has resided in a murky legal area as various agencies and officials have disagreed about how best to regulate it.

A little background: Last September, the U.S. Food and Drug Administration issued a warning regarding potential health risks associated with Delta-8 THC, including vomiting, hallucinations, and loss of consciousness. Two months later, Texas banned all Delta-8 products, classifying them the same way the federal government continues to classify marijuana (despite legalization in a majority of U.S. states, but that's another story), as Schedule 1 substances — i.e., "drugs with no currently accepted medical use and a high potential for abuse." But a  judge in the state issued a temporary injunction blocking enforcement on the grounds that the state hadn't followed proper procedure.

Florida legislators also introduced a bill last year that would restrict the sale of hemp products, including Delta-8 THC, by raising the age limit to buy CBD products from 18 to 21 and requiring businesses selling Delta-8 THC to register their products with the state. But that bill died in committee in March.

As smoke shop owners worried about how their hemp-related businesses would fare if Delta-8 and CBD products were restricted, customers were stocking up on Delta-8 as if were toilet paper circa March 2020.

Now, however, thanks to the Ninth Circuit, we have achieved some manner of clarity. VaporFi in Miramar offers more than 400 Delta-8 products.
Screenshot via Google Maps
In Miramar, the VaporFi smoke shop boasts the largest selection of Delta-8 THC in South Florida. Its  shelves are stocked with more than 400 Delta-8 products — from cartridges to brownies to chocolate-chip cookies containing the headline-hogging compound. Owner Bjorn Johansen tells New Times he feels lucky to be based in Florida, which is one of several states that previously passed its own hemp law that mirrors language in the 2018 Farm Bill.

Essentially, this makes Delta-8 and all other hemp products legal on the state and federal levels.

"Here in Florida, we have been lucky, we have a really good agriculture department," Johansen says. "What we have here in Florida is very, very good — one of the best in the country, if not the best."

"I do feel more comfortable telling my clients that Delta-8 is legal in Florida after that Ninth Circuit decision," the cannabis-law specialist says.

Robinson notes that because the Ninth Circuit encompasses California, Idaho, Montana, Nevada, Oregon, and Washington and Florida falls under the 11th circuit, the recent decision technically doesn't apply in the Sunshine State. What it will do, in his opinion, is offer "additional support" for Delta-8's perceived legality.

"In my opinion, it was legal [in Florida] before this decision, and after this decision, it's still legal," Robinson sums up. "So yeah, no real impact."
KEEP MIAMI NEW TIMES FREE... Since we started Miami New Times, it has been defined as the free, independent voice of Miami, and we'd like to keep it that way. With local media under siege, it's more important than ever for us to rally support behind funding our local journalism. You can help by participating in our "I Support" program, allowing us to keep offering readers access to our incisive coverage of local news, food and culture with no paywalls.
Make a one-time donation today for as little as $1.