Rubio Supporter Attacked While Canvassing in Hialeah Is Identified, Has Apparent White Supremacist Past 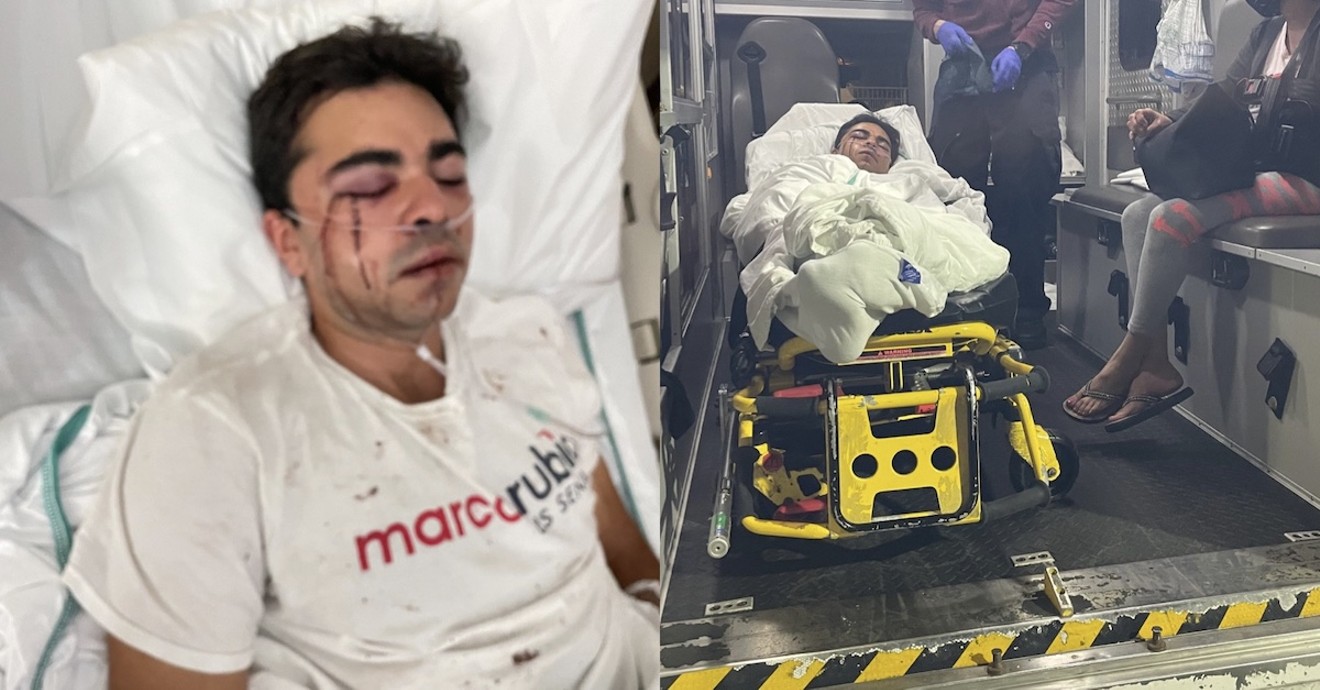 Christopher Monzon was walking by Amelia Earhart Park in Hialeah on Sunday night, October 23, when he was assaulted by a group of men, according to Vince Medel, president of the Miami Springs Republican Club.

Monzon has served as vice president of the Miami Springs Republican Club and is a former member of the white nationalist group Florida League of the South.

Medel says that one heavyset assailant inflicted most of Monzon's injuries during the attack, which left Monzon's face lacerated and severely bruised. Monzon is currently being treated at HCA Florida Kendall Hospital.

The Hialeah Police Department confirms that it has arrested 25-year-old Javier Jesus Lopez and charged him with aggravated assault in connection with the incident.

A police report supplied to New Times indicates that Lopez confronted Monzon on East 60th Street while Monzon was handing out flyers. Lopez allegedly said, "You can't pass by here. This is my neighborhood." During an argument that followed, Lopez grabbed Monzon and "proceeded to slam him" against the ground, according to the report, whereupon he continued beating the defenseless Monzon in the face. (The report is attached below.)

In a tweet posted Monday morning about the incident, Sen. Marco Rubio noted that the canvasser, whom he did not identify by name, was wearing a Rubio T-shirt and Ron DeSantis hat when he was attacked. The senator claimed the man was told by his attackers that Republicans were not welcome in the neighborhood.

According to Rubio, the victim suffered internal bleeding and a broken jaw.

Rubio's spokesperson did not immediately respond to New Times’ requests for comment.

Lopez's arrest report does not mention a political dispute, nor does it indicate that Lopez targeted Monzon because Monzon is a Republican.

In a second arrest report, police state that another assailant, Jonathan Alexander Casanova, kicked Monzon in the head after Lopez took him to the ground. As the melee played out, Casanova retrieved two German shepherds from his Mercedes SUV and allegedly tried to sic them on Monzon, according to the second report. He fled the scene in his vehicle before police arrived, the report states.

Police arrested Casanova in Miami Beach on October 25. The newly released arrest report details Monzon's account of the incident, in which he claims Casanova singled him out and confronted him because he is a Republican.

In a 2021 interview with the Daily Dot, Monzon, who was running for a seat on the Hialeah City Council at the time, claimed to have resigned from the white nationalist group League of the South in 2018 after five years with the outfit. He told the Daily Dot he regretted using slurs against Black and Jewish people while he was a member of the group.

Monzon was arrested in August 2017 after lunging at a crowd with a Confederate flag during a Confederate street-name protest in Hollywood, according to a police report. One officer noted that he had observed Monzon "challenging members of the opposing [protest] group to fights" earlier that day. After Monzon pleaded no contest to a charge of assault with a deadly weapon, a Broward judge put him on probation and ordered him to attend anger management classes, as part of a deal to withhold adjudication.

Monzon also was identified as an attendee of the deadly 2017 Unite the Right rally in Charlottesville a few weeks prior to the alleged flagpole attack.

According to the New York Times, Monzon maintained online ties to some of his League of the South associates during his failed city council bid. Hatewatch has documented a series of virulently bigoted online messages allegedly posted by him.

Miami-Dade court records indicate Lopez was previously accused of aggravated assault in April 2021, but the charges were dropped. (No adverse judgment or finding of guilt was entered against him.)

In the first instance, Lopez was allegedly caught driving a stolen car, which he claimed he'd bought at a flea market. In the 2018 case, prosecutors charged him with armed burglary after he broke into a restaurant and picked up a kitchen knife while robbing the business, according to records obtained by the Herald.

Lopez is reportedly serving probation in connection with the burglaries.

New Times and other members of the media attempted to interview Monzon and his family in his hospital room on October 24 with approval from the hospital's media department. Former and current members of the Vice City Proud Boys were at the hospital and refused to grant entry to the room.

Among those present was former Proud Boys leader Gabriel Garcia, who is facing federal charges for his alleged participation in the January 6, 2021, Capitol Hill riot.