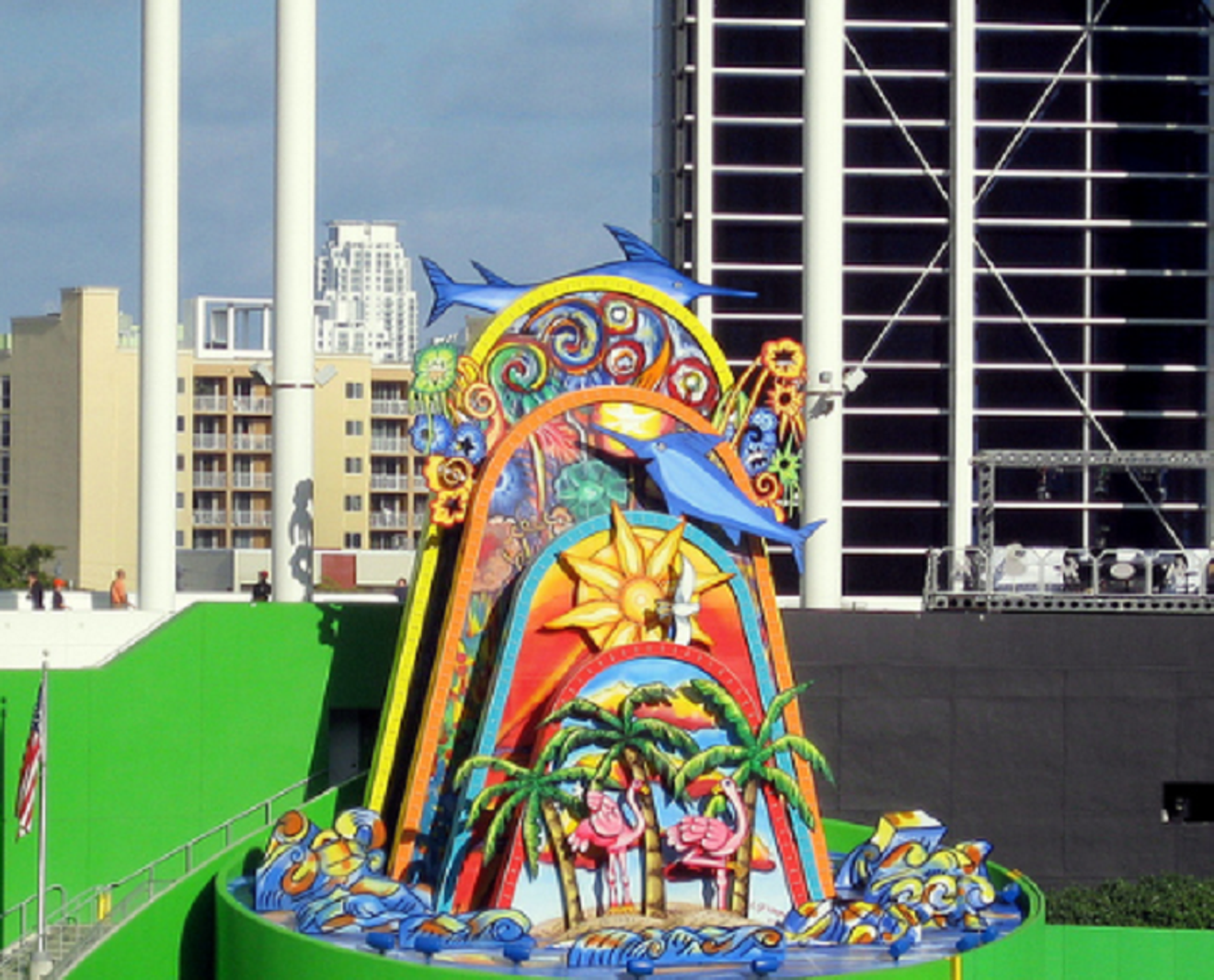 Photo by Jared / Flickr
Installing a whirling, neon home-run sculpture in cavernous, empty Marlins Park felt like putting one of those wacky, waving, inflatable tube men inside a funeral parlor. When the mediocre Marlins actually smashed a homer, the gizmo's fish would dance, music would play, and basically no one would ever be there to witness it. It was perpetually dancing in a void, begging for one person to notice it.

But the sad, utterly hideous contraption will soon be no more. The Miami-Dade County Commission today approved getting rid of the dang thing, the Miami Herald reported moments ago. After selling off all the team's good players, the awful, cartoonish whatchamacallit was one of the few things left for co-owner Derek Jeter to axe.

(You're next, Billy the Marlin.)

Sadly, the Fish won't be using a flamethrower to annihilate the $2.5 million sculpture. Instead, the seven-story monstrosity — which makes a complete mockery of Miami's actually cool status as a tropical paradise and is too tacky to be placed inside a Margaritaville casino — will wind up right outside the ballpark. How is it so hard to kill this thing?

Maybe it won't die because the New York sculptor who designed it, Red Grooms, still wants it to haunt the stadium. Per the terms of his contract, the Marlins would pay Miami-Dade County $2.5 million if Grooms ever took his name off the project and disavowed it, which would likely kill its resale value. (Who's shopping for 70-foot failure statues?)

The Marlins now plan to dismantle the sculpture, move it to a new "art walk" outside, and convert the area inside to a standing-room-only spectator section. In light of the fact that the Marlins last year put up the same attendance numbers as a minor-league team, it's safe to assume the new section will pretty much remain empty.

The sculpture technically has a name: Homer. This means it is sentient. So we need to kill Homer before it reproduces.
KEEP MIAMI NEW TIMES FREE... Since we started Miami New Times, it has been defined as the free, independent voice of Miami, and we'd like to keep it that way. With local media under siege, it's more important than ever for us to rally support behind funding our local journalism. You can help by participating in our "I Support" program, allowing us to keep offering readers access to our incisive coverage of local news, food and culture with no paywalls.
Make a one-time donation today for as little as $1.