Tyler Herro Is Tearing Up the Summer League, and Heat Fans Are Tearing Up Their Old Tweets 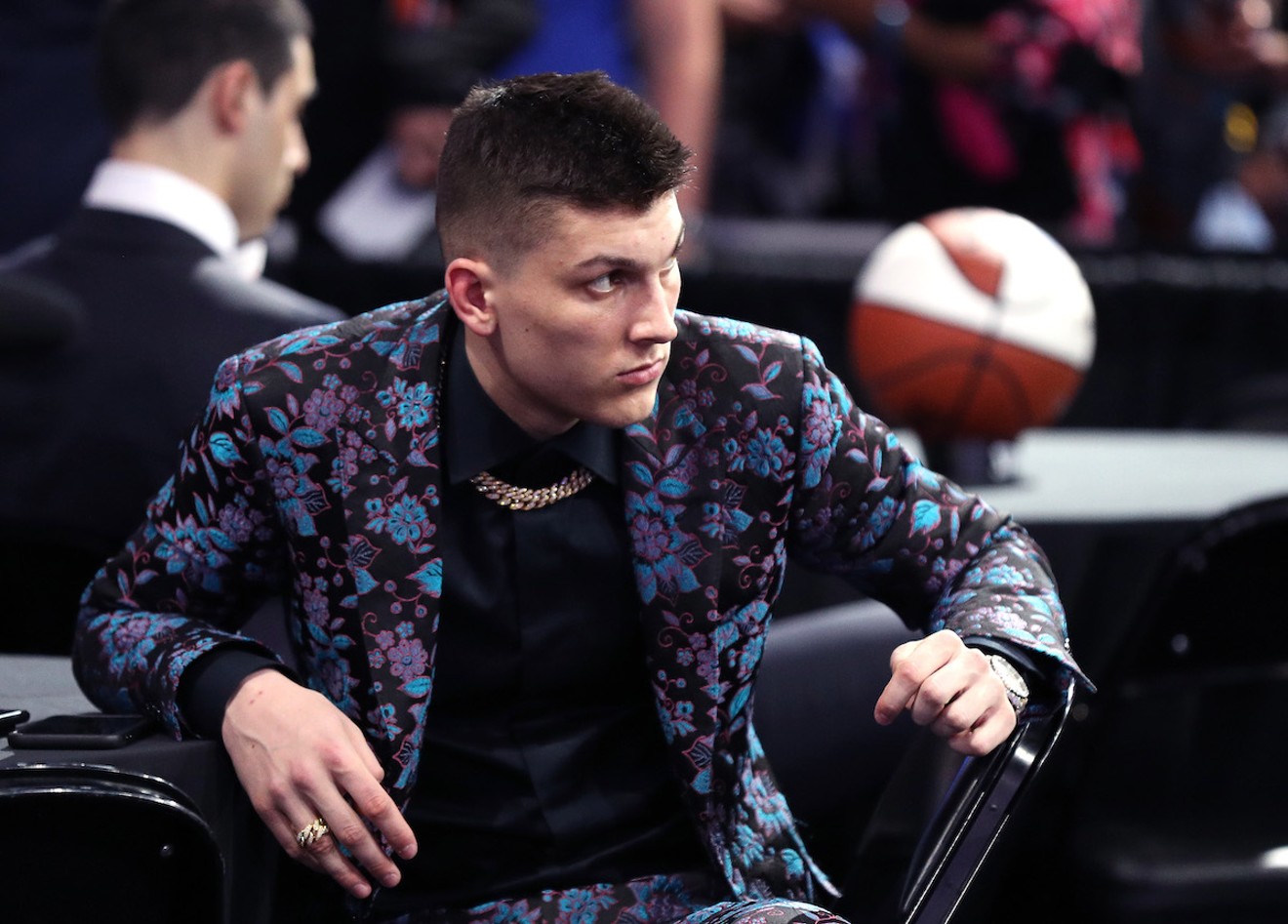 Tyler Herro Photo by Mike Lawrie / Getty Images
Just a few weeks ago, we here at Miami New Times introduced you to your new favorite Miami Heat player, Tyler Herro. It didn't matter then that you weren't aware the Heat's first-round draft pick was about to win your heart. After an hour of Googling a little research, it was clear this was a guy who would not only fit right in but also soon enough garner his own fan club. His first five Summer League game averages were impressive: 20.4 points, 4.8 rebounds, 4.0 assists, and 1.60 steals in 29.3 minutes a game.

Fans took notice, and now he's a sweetheart — untouchable in trade talks and expected to contribute right away this season. We knew you would love him, but we didn't predict it would happen so damn fast. Heat fans, local media, national media, dogs, cats, pet turtles — hell, everyone is a fan of Herro's game now. It's weird!


This has really been a day lol pic.twitter.com/iHsxSqgQ6d

Herro only officially signed his contract with the Heat this past Wednesday, but by then he had already been subjected to possible trade scenarios that would bring Russell Westbrook to Miami. (Instead, the Oklahoma City Thunder reportedly traded Westbrook to the Houston Rockets.) Now the buzz surrounding Herro is more than just that of a rookie, but of a possible difference-maker for the Heat this season. It's been a hell of a couple of weeks for a guy most Heat fans weren't so happy to see the team draft.

The Tyler Herro era is upon us. Let it wash over you like a wet jumper. His boyish good looks and easy buckets make it impossible to hate him.


My favorite development of the summer is the way fans have changed their opinions of Tyler Herro since draft night. It’s almost like we had to watch the guy play to know what he could do.

*goes to delete tweets about Tyler Herro after watching highlights and reading up on him* pic.twitter.com/NZNY7TH6Pf

how many times should i admit im dumb and was completely wrong about Tyler Herro on draft night in order for the Heat to not trade him?

pretty sure I deleted the tweets.

And I changed my mind. Tyler Herro to win the ROY award. Mark my words

Now that Herro is signed, sealed, and delivered, it's unlikely he'll be on the move. NBA rules don't allow players with new contracts to be traded for at least 30 days.

Herro should start his career with the Miami Heat and possibly even start on opening night. He'll be getting buckets in a Heat uniform as it was always intended. For the newly converted #HerroHive Heat fans who initially weren't sure what in hell the team was doing picking him, it's a sigh of relief.
KEEP MIAMI NEW TIMES FREE... Since we started Miami New Times, it has been defined as the free, independent voice of Miami, and we'd like to keep it that way. With local media under siege, it's more important than ever for us to rally support behind funding our local journalism. You can help by participating in our "I Support" program, allowing us to keep offering readers access to our incisive coverage of local news, food and culture with no paywalls.
Make a one-time donation today for as little as $1.