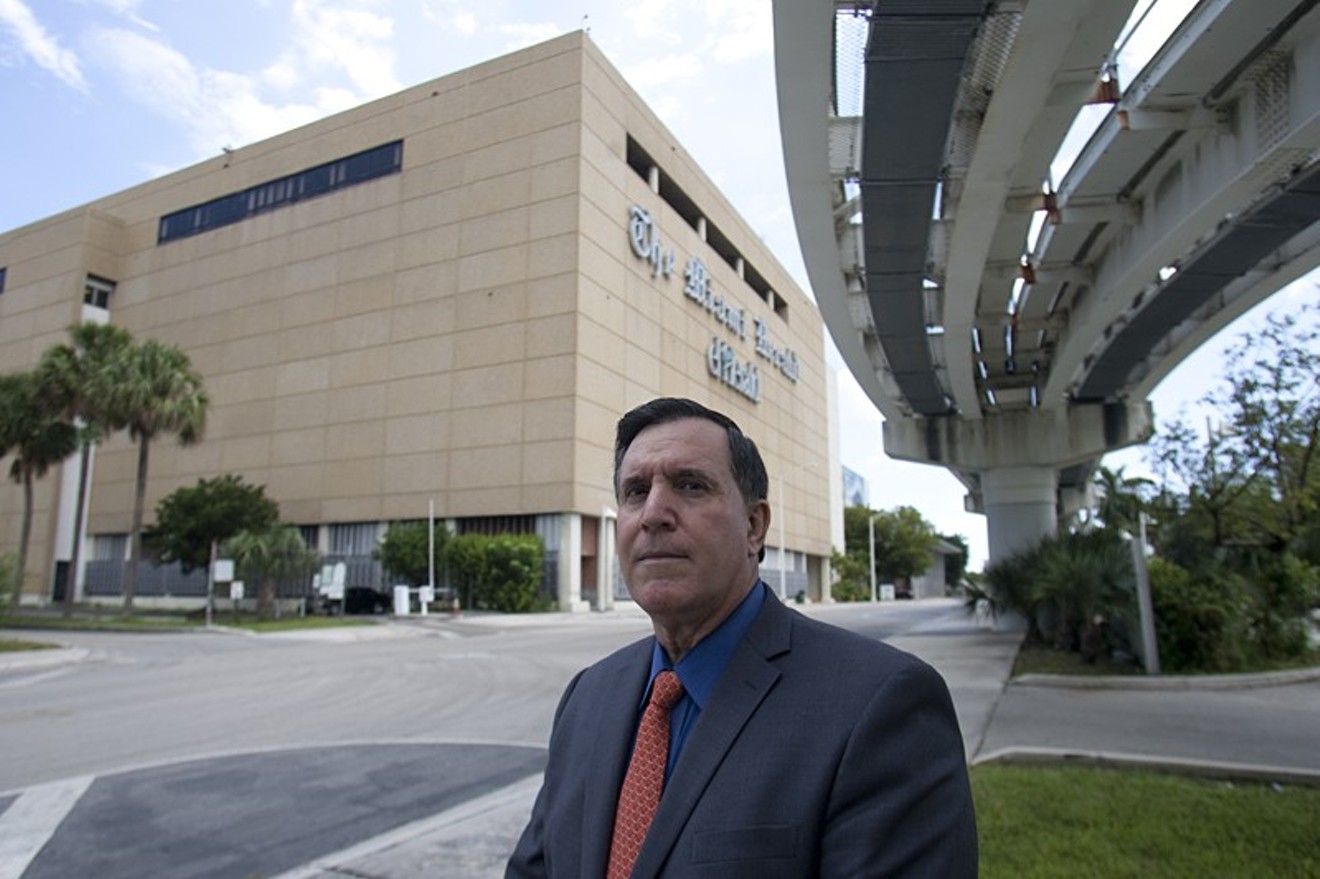 Gonzalez was in charge of city administration during the period in which Carollo allegedly weaponized city officials to target and harangue businesses owned by the plaintiffs, William Fuller and Martin Pinilla. Carollo's actions were in retaliation for Fuller and Pinilla's support for his political opponent Alfie Leon in a 2017 runoff election, the lawsuit alleges.

Last February, Gonzalez met with the plaintiffs' lawyer, Jeffrey Gutchess, with the desire to give a sworn statement — his account of what occurred inside city hall.

According to the plaintiffs, Gonzalez testified that he was aware of Carollo's plan to go after Fuller's businesses, and that Miami city attorney Victoria Mendez instructed Gonzalez to assuage Carollo's frustrations about the task not getting done to the commissioner's satisfaction.

At a Miami federal court hearing on November 8, Carollo's attorneys argued Gutchess should have never taken the Gonzalez statement because a Miami city attorney was not on hand to represent Gonzalez. Gonzalez should've had a city attorney present given that he was a high-level city employee who was being questioned in a case related to his official duties, Carollo claims.

Assistant city attorney Christopher Green said during the hearing that he had represented Gonzalez in the case, but was not made aware of the interview until well after-the-fact.

Carollo's team also argued that Gonzalez's statement should not be allowed as evidence because it contained information that is subject to attorney-client privilege — namely, Gonzalez relating conversations he allegedly had with city attorney Mendez.

On the witness stand last week, Mendez maintained that any conversation she had with Gonzalez regarding a case, including Fuller's, was privileged. That included any conversations that may or may not have occurred relating to code enforcement or closing Fuller's businesses.

Judge Louis pressed Mendez, asking what exactly was off limits in Gonzalez's statement.

"I did not find anything that struck me as potentially privileged on its face," Louis said to Carollo's attorneys from the bench.

Mendez also took the time to dispute Gonzalez's claim that Mendez said Carollo looked like he was "about to have a heart attack" because the city had not shut down any of Fuller's businesses.

"If you've ever looked at Commissioner Carollo, he's always stoic. So that conversation didn't happen," Mendez said from the witness stand, gesturing with a smile over to Carollo, who was sitting quietly in the gallery.

In response to the defense's arguments, Gutchess and his team argued that Gonzalez was never represented by the city attorney's office in the case because it would have constituted a conflict of interest.

Gonzalez wanted to provide information that would support Fuller and Pinilla, so he rejected the city's offer to represent him in the case, Gutchess argued.

In an October filing, Gutchess called Carollo's latest legal maneuver a delay tactic and claimed the commissioner is engaged in an "effort to conceal his wrongdoing from the public that has a Constitutional right to know how its representatives—including Commissioners and City Attorneys—are behaving on its behalf."

Gonzalez resigned from the city unceremoniously in 2020, after dodging a Carollo-backed bid to fire him for alleged abuse of power and permitting fraud — a claim the Miami-Dade County ethics board absolved him of months later. Before his ouster, Gonzalez put out a city-wide bulletin warning city commissioners not to interfere with city employees. (The move came shortly after Fuller filed a county ethics complaint alleging Carollo's use of code enforcement to harass him.)

In addition to seeking to disqualify the Gonzalez statement, Carollo wants to have Gutchess removed as an attorney in the case, on the grounds that he misled the court when he went forward with interviewing the former city manager despite pending legal challenges to the interview.

Pressed for comment on the day of the hearing, Carollo directed New Times to his pending motions, which allege Fuller and Pinillo defrauded the court by concocting a narrative of retaliatory action by Carollo.

As of November 14, Judge Louis has deferred a ruling on Carollo team's motions to disqualify Gutchess and keep the Gonzalez statement out of the proceedings.
KEEP MIAMI NEW TIMES FREE... Since we started Miami New Times, it has been defined as the free, independent voice of Miami, and we'd like to keep it that way. With local media under siege, it's more important than ever for us to rally support behind funding our local journalism. You can help by participating in our "I Support" program, allowing us to keep offering readers access to our incisive coverage of local news, food and culture with no paywalls.
Make a one-time donation today for as little as $1.