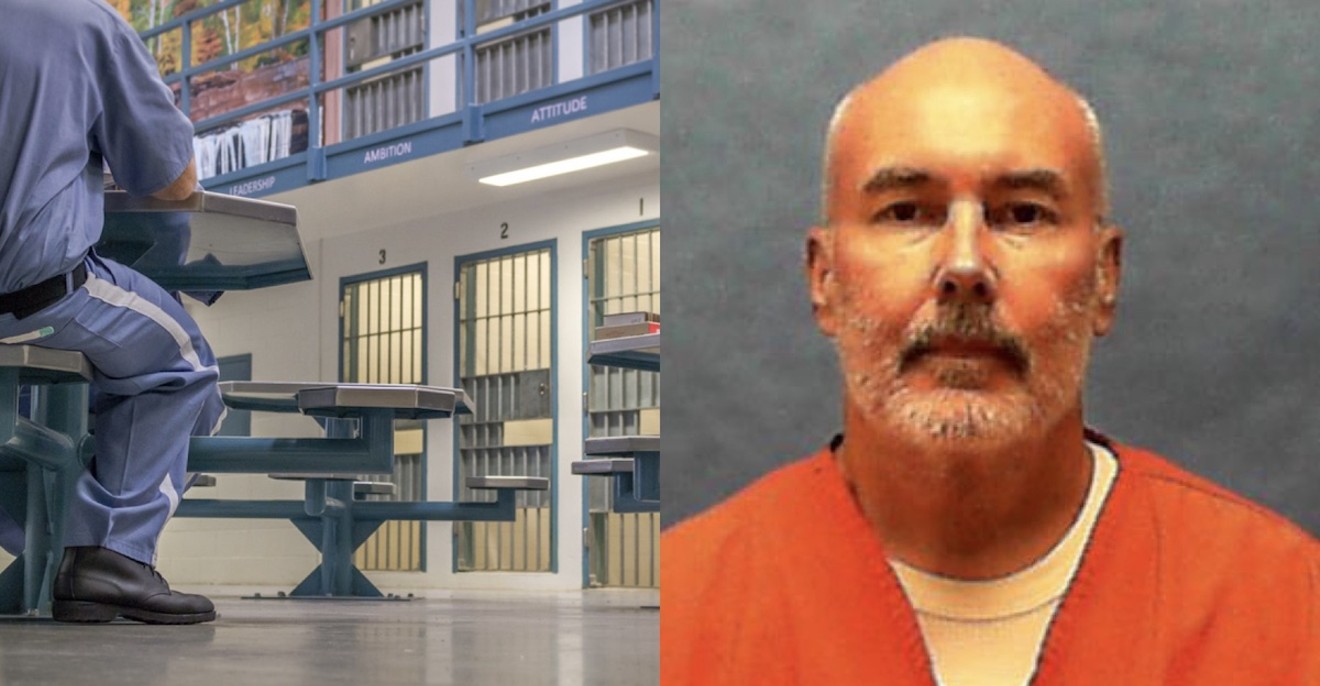 On January 23, Gov. Ron DeSantis signed a death warrant for the execution of Dillbeck, 59, who was sentenced to death in 1991 for the murder of Faye Vann in Tallahassee. In 1990, Dillbeck stabbed the 44-year-old woman to death in a shopping mall parking lot after escaping from custody days earlier while serving a life sentence in the shooting death of Florida police officer Lynn Hall.

The execution would mark the first since 2019 for Florida's more than 300 inmates on death row.

According to the warrant, Dillbeck's execution is scheduled for February 23 at 6 p.m.

Dillbeck, originally from Texas, was 15 when he shot and killed a Lee County Sheriff's deputy in Fort Myers Beach on April 11, 1979. The high school dropout and runaway from Indiana was sitting inside a stolen car at a closed park at the beach when Hall responded to a suspicious person complaint and began questioning Hall. Dillbeck reportedly ran away, and Hall chased him on foot and caught him.

In the ensuing struggle, Dillbeck grabbed Hall's gun and fatally shot him. He was sentenced to life in prison for the murder in June 1979. In June 1990, Dillbeck escaped custody while at an offsite vocational program at an elementary school in northern Florida. In a Tallahassee shopping mall parking lot, he robbed and fatally stabbed Vann, who was waiting in her car alone as her family shopped. Dillbeck stole the vehicle but crashed it nearby and was apprehended by police.

Dillbeck was convicted of first-degree murder, armed robbery, and armed burglary and sentenced to die the following year in an 8-4 jury recommendation.

At the sentencing, he told the judge, "I'm really sorry for what happened. I wish it didn't, not because I'm standing here, but because it happened. I'm asking for a life sentence, not for my sake, but for my parents' sake." Dillbeck's adoptive parents cried on the witness stand, saying the boy they adopted at 6 years old had been "brain damaged and abused," according to a March 1991 Gainesville Sun article.

In the years following Dillbeck's 1991 trial, he and his attorneys pleaded for mercy, claiming he suffered brain damage from the abuse he faced as a toddler from his alcoholic mother. According to the Tallahassee Democrat, the State of Indiana took custody of Dillbeck when he was 4.

"The penalty the state is seeking is an abomination. The rest of the world seems to know that," assistant public defender Randy Murrell argued at the time.

"The only abomination in the courtroom today is Donald Dillbeck," responded assistant state attorney Tom Kirwin, who was seeking the death penalty.

Neither Dillbeck nor his attorney has responded to requests for comment. New Times was unable to reach the family or loved ones of Vann or Hall, the namesake of Lynn Hall Memorial Park on Fort Myers Beach.

In August 2019, Gary Ray Bowles, who murdered six men in 1994, was the last to die by execution in Florida.

The last death warrant DeSantis signed before Dillbeck's was in September 2019 for the execution of James Daily, who was convicted of the 1985 killing of 14-year-old Shelly Boggio –– however, court challenges delayed the execution. Though the Florida Supreme Court upheld Dailey's conviction and sentence in 2021, the execution was never rescheduled.

DeSantis spokesperson Bryan Griffin attributed the gap between executions to the governor being busy dealing with the COVID-19 pandemic for much of his first term.

Floridians for Alternatives to the Death Penalty (FADP), a statewide grassroots group aiming to end the death penalty in Florida, wrote a statement iopposingDillbeck's scheduled execution, saying his childhood was marked with "severe trauma" and abuse. The group noted that DeSantis signed the warrant the same day it asked supporters to thank Florida legislators for sponsoring legislation to compensate exoneree Robert DuBoise, who spent several decades wrongfully incarcerated in Florida.
KEEP MIAMI NEW TIMES FREE... Since we started Miami New Times, it has been defined as the free, independent voice of Miami, and we'd like to keep it that way. With local media under siege, it's more important than ever for us to rally support behind funding our local journalism. You can help by participating in our "I Support" program, allowing us to keep offering readers access to our incisive coverage of local news, food and culture with no paywalls.
Make a one-time donation today for as little as $1.