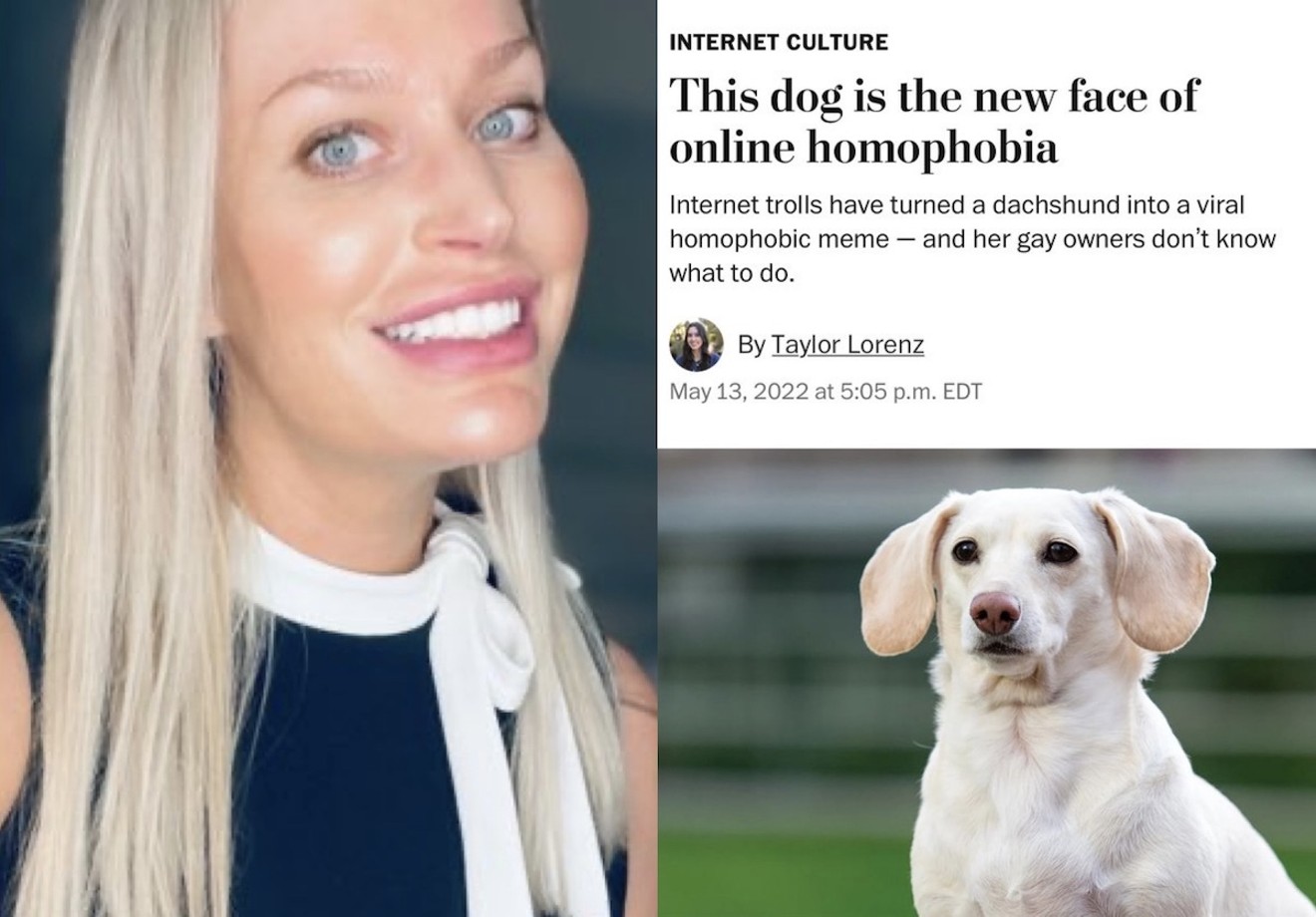 Gov. Ron DeSantis spokesperson Christina Pushaw posted a doctored screenshot of a bogus Washington Post article. Screenshots via @ChristinaPushaw/Twitter
Gov. Ron DeSantis' press secretary, Christina Pushaw, states on her Twitter bio that she's "here to debunk false narratives." But in a dramatic turn of events, it appears she might have recently fallen for one.

On May 16, Pushaw shared a screenshot on Twitter that appeared to show a Washington Post article headlined, "This dog is the new face of online homophobia," alongside a photo of a white dachshund and Washington Post technology reporter Taylor Lorenz's byline.

Lorenz is actually in her mid-30s. But there's more. As Lorenz, her colleagues, and a number of other Twitter users pointed out to the press secretary for the governor of the country's third-largest state, the screenshot Pushaw shared is fake: The headline was apparently Photoshopped onto a Washington Post article template.

"I would have assumed a press secretary could recognize the difference between a fake meme page screenshot and a real news article," Lorenz tells New Times. "But apparently not."

Though Lorenz didn't write the story and the Washington Post didn't publish it, a white dachshund named Whitney Chewston really has become known as the "homophobic dog," thanks to viral images of her with a glass of red wine, accompanied by bigoted statements like "not too fond of gay people."

On the same day Pushaw shared the bogus screenshot, the online news magazine LGBTQ Nation published a real story with that same headline, written by the site's managing editor, Alex Bollinger, about Whitney Chewston and her gay owners, who explained how the meme started after they posted satirical photos on Instagram.
click to enlarge 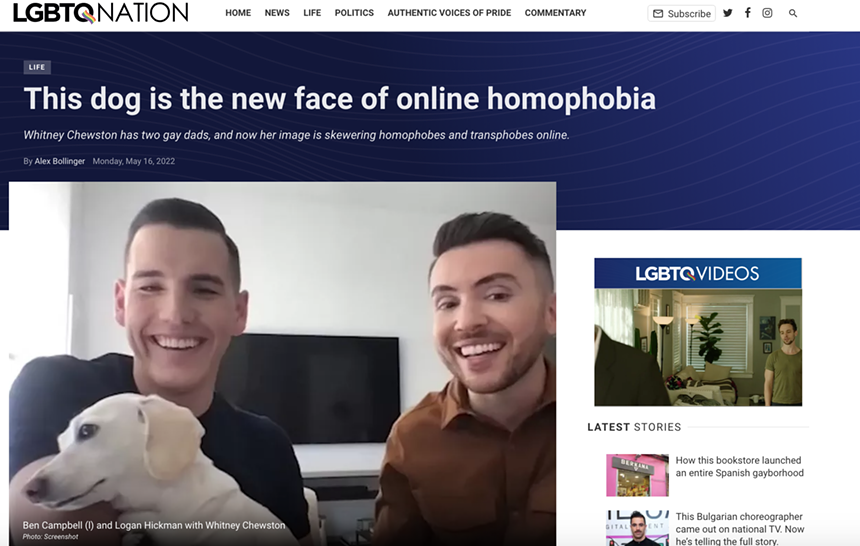 The real article written by LGBT Nation managing editor Alex Bolliger
Screenshot via LGBT Nation
According to Snopes, the screenshot of the bogus Washington Post article Pushaw shared — which is rated "False" — likely originated from the homophobic dog meme.

As of Tuesday evening, Pushaw had not deleted her tweet.

In fact, she says it was meant to be humorous.

"It was clearly a joke," Pushaw writes in an email to New Times. "I have often shared satirical and humorous memes and tweets."

The internet is having none of it.


This is a fake story you fool

Lorenz herself responded with a meme featuring Whitney Chewston herself: "mama lets (not do any) research."