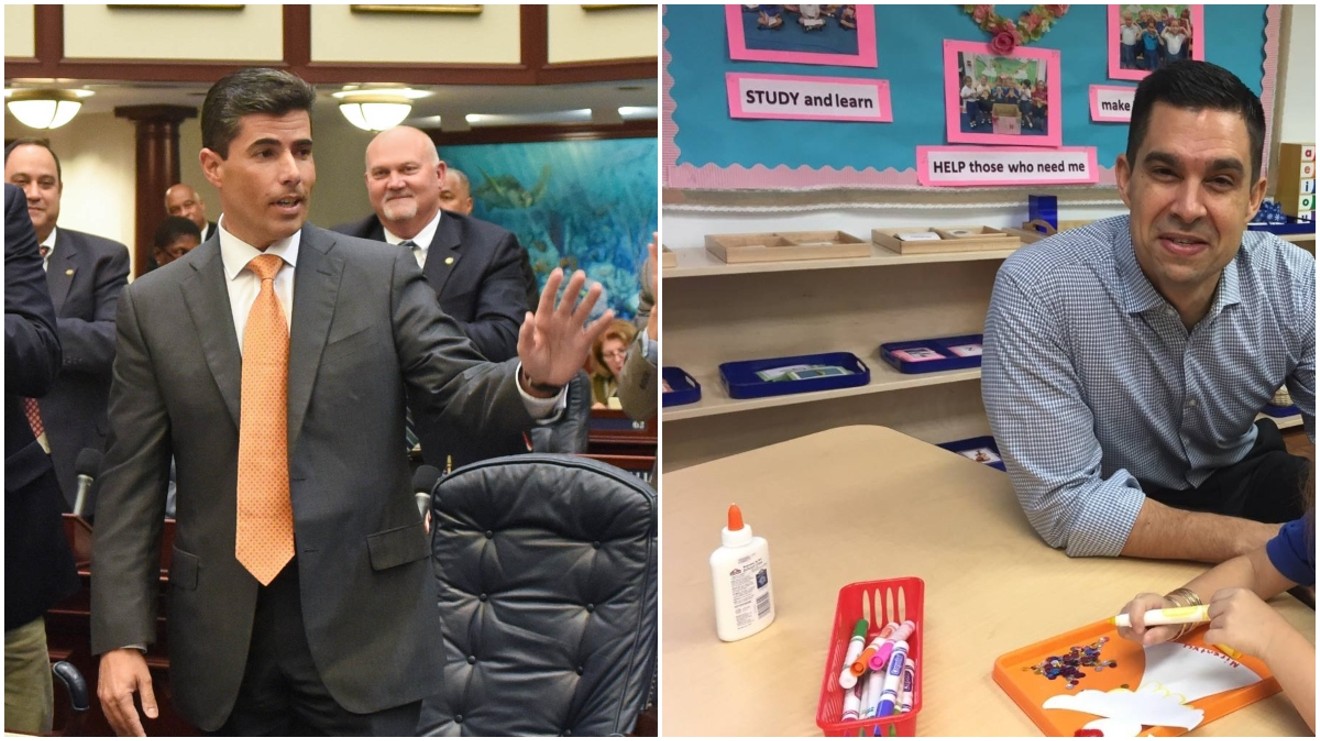 In the biblical telling, the son of God stood up for the voiceless, the oppressed, and the condemned when he walked the earth. And it's a safe bet that if Jesus were around today, he would teach his followers that systemic racism exists and that they have to do their part to eradicate it. But apparently, 155 parents and alumni at the all-girls Carrollton School of the Sacred Heart view any attempts to make students confront that reality as anti-Catholic.

Last summer, in the wake of the nationwide protests over the police killings of unarmed Black men and women, Carrollton added Black history to its curriculum and adopted a social-justice, inclusion, and diversity statement, among other commitments to embrace equality.

The parents took umbrage at classroom lessons they claimed were "at the very least, controversial political rhetoric and often extend[ed] to anti-Catholic indoctrination." The letter demanded that "divisive language" such as "systemic racism; marginalized communities, inequality, and implicit bias" be removed from the school's handbook and its communications.

"We should be redoubling our efforts in following Church teaching (which already knows racism and all discrimination to be sins) rather than embracing tired atheist tropes of division and hopelessness," the letter stated.

The October 23, 2020, letter, whose signatories represent a cross-section of Miami-Dade County elites, made the rounds locally and got into the hands of local filmmaker and civic-minded provocateur Billy Corben, who reposted screenshots of the document in a series of tweets yesterday. (The Miami Herald subsequently published a story.)

The changes to Carrollton's curriculum and handbook didn't occur in a vacuum. The school took action in response to anonymous student posts on an Instagram account called Being Black at Carrollton that recounted covert and overt instances of racism at the school, which teaches girls from age 3 in a Montessori setting through their teen years up to 12th grade. More than 30 percent of Carrollton students receive financial aid, and some kids who attend the school are of different religious faiths.

The Instagram account inspired a group of more than 200 alumni to draft and sign a June 26, 2020, letter to Carrollton headmaster Olen Kalkus, the school’s board chairwoman Frances Sevilla-Sacasa, and to Ebony Rhodes, director of community partners, that outlined how Carrollton could address systemic racism and improve what is taught about the Black experience.

The recommendations included making sure Black history lessons touched on key moments such as Juneteenth, Black Wall Street, and the Jim Crow era; educating faculty and staff about how to identify and handle racist situations; and accepting responsibility for recognizing and addressing racist behavior in the classroom.

"Issues of racism run deep and are systemically entrenched, especially in Miami," the June 26 letter reads in part. "We are committed to learning and exposing the repeated acts of racism and hatred that are ingrained both [sic] in our government, as well as within our society."

The parents' letter in October as a response to some of the changes Carrollton instituted in response to the alumni missive. The signatories of the October letter said the "school's reaction was to immediately assume an apologist strategy and create committees that presume we are ill-equipped to handle these issues from within and adopt a mission statement using outside sources instead of using our existing goals and Catholic social teaching."

The high-profile Carrollton parents reached by New Times say the online criticism of their letter is misguided.

Oliva tells New Times that focusing solely on the letter's comments about race and diversity amounts to taking it out of context.

Schools and universities — not just Carrollton — are no longer teaching students to think for themselves, Oliva asserts.

"Anytime anyone has a concern that threatens the thought police, they take actions such as intimidating people," the former Speaker of the Florida House of Representatives says. "In no way is that beneficial to a free society."

Lago, whom the Miami Herald has endorsed for Coral Gables mayor in the city's upcoming April 13 election, tells New Times the letter is being twisted to paint him and the other parents who signed it as insensitive and ignorant to the struggles of Black people and the ugly history of racism in the U.S. He notes that the letter explicitly stated that racism and any form of discrimination are sins.

"I don't have a problem with them teaching Black history," Lago elaborates. "They should be doing that, and they are. One of my daughters has a folder about Black History Month and did a paper on Martin Luther King, Jr. My other daughter did a presentation on Rosa Parks."

But Lago, whose wife and sister graduated from Carrollton, says the school needs to refocus its efforts on teaching Catholic beliefs. The letter claimed, for example, that students at Carrollton who believe abortion and euthanasia are wrong, as the Catholic Church teaches, are "ostracized."

"Students who may disagree with current rhetoric are targeted and ostracized by the very teachers who should be defending the students' rights to express those views," the letter states. "To this, we object."

"I think Carrollton is a beautiful place that does a lot to foster a diverse community and educate women in an effort to make them tomorrow’s leaders," he says. "Our letter is about getting back to a faith-based education."

On Twitter, Corben accused the letter writers of citing a "1930s-era Germany anti-Semitic conspiracy theory" in their arguments against the school's new curriculum.

In a footnote, the parents claimed the "divisive language" — including the terms "systemic racism" and "implicit bias" — emanates from critical race theory developed by the Institute for Social Research at Goethe University in Frankfurt, Germany, commonly known as the Frankfurt School.

"As a reference, the Frankfurt School was founded with the aim of developing Marxist studies in Germany," the footnote stated.

What the parents failed to mention is that the Nazis shut the institute down after taking power in 1933, and its Jewish philosophers fled to New York City, where they re-established themselves at Columbia University. Here in the U.S., conservative ideologues have painted the Frankfurt School philosophers into communist bogeymen hellbent on dismantling American society's culture.

According to the Southern Poverty Law Center, the Frankfurt School conspiracy theory "holds that these self-interested Jews planned to try to convince mainstream Americans that white ethnic pride is bad, that sexual liberation is good, and that supposedly traditional American values — Christianity, family values, and so on — are reactionary and bigoted."

Those themes resonate in the parents' letter: "Allowing for this foundational shift to take root will lead Carrollton down a limitless destructive path wherein the pursuit of the metrics of 'diversity' will be upheld as the moral imperative."

Corben, who is Jewish, says the Frankfurt School citation is a fearmongering dog whistle in a county where any talk of social justice is linked to communism.

"The reality is this conspiracy theory that racial equality or the concept of it was devised by Jews at the Frankfurt School to push cultural Marxism on the world is used by right-wing extremists to justify their aversion to civil rights and equality," Corben tells New Times. "They can use buzzwords like "communism" and "Marxism" to say that's who wants voting rights and racial equality."

"It's like Six Degrees of Kevin Bacon to make everyone who doesn't toe the line be a discriminator of some sort," Oliva says. "Why does the press insist on focusing on that instead of questioning if it is true that girls are not allowed to think? There are girls who would tell you that there have been times they don't speak up because it would put their teacher in a bad mood."

Oliva and Lago both say they know about the Being Black at Carrollton account on Instagram and believe the school should take steps to address what is alleged in the posts.

"I think people's experiences and their view of that experience is entirely legitimate. And, absolutely, Black history and the myriad of contributions to the American experiment by the Black community should be celebrated," Oliva says. "But you cannot impose thinking on people that they have vicarious liability and are guilty because they have privileges, so they have to do some penance for it."

Lago says he thinks the recommendations in the June letter "are all appropriate measures." But, he adds, "My belief is very simple: Go back to the core principles, focused on educating all women of all backgrounds and socioeconomic status."

In a written statement to New Times, Carrollton's administration said the school has always supported a commitment to social justice, inclusion, and diversity.

"The Goals and Criteria are the principles that express the intentions and hopes of our 200-year tradition," the statement said. "With them as our guide, we work with our parents as partners and strive to maintain an open dialogue on the spiritual, intellectual, physical, emotional, and moral formation of our students."
KEEP MIAMI NEW TIMES FREE... Since we started Miami New Times, it has been defined as the free, independent voice of Miami, and we'd like to keep it that way. With local media under siege, it's more important than ever for us to rally support behind funding our local journalism. You can help by participating in our "I Support" program, allowing us to keep offering readers access to our incisive coverage of local news, food and culture with no paywalls.
Make a one-time donation today for as little as $1.