Miami Weather: Bet on It 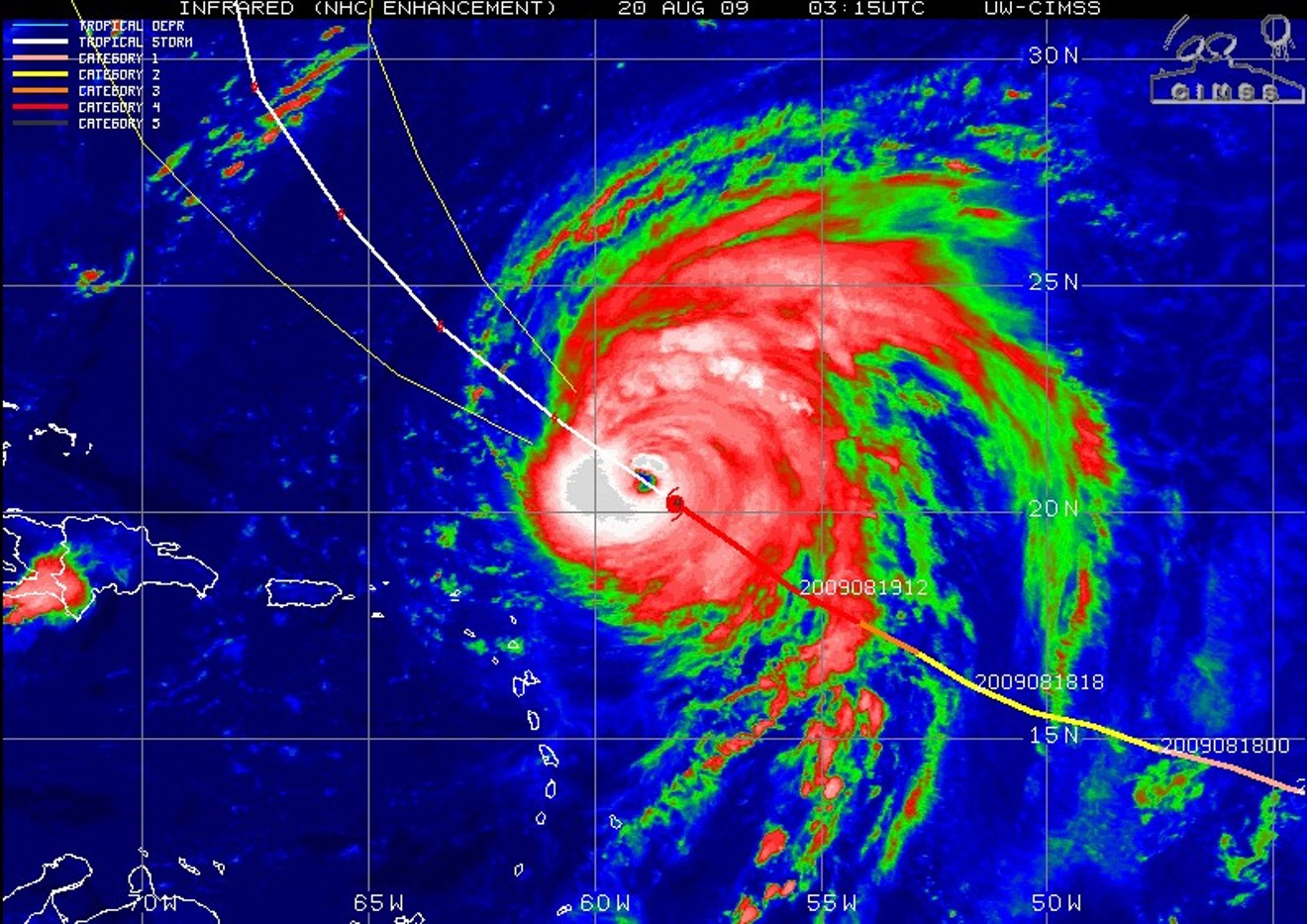 It seems like easy money for anyone local. Photo by Jason Hunter/Flickr
In a world where there's a fantasy-play aspect for just about every sport imaginable — football, baseball, basketball, soccer, NASCAR, and golf to name but a handful, not to mention thoroughbred NFTs you can buy and "race"  — it was only a matter of time before meteorology aficionados would be able to have a league of their own.

Except weather is real, and the stakes are no fantasy.

Enter DraftKings' Wild Weather Wednesday, a futures bet in which participants wager whether the high temperature in 13 major cities — including Miami and Orlando — exceeds or falls short of a stated value. This particular weather over-under is free, and it's popular. This week DraftKings sports-book director Johnny Avello told the sports-betting hub USBets' Mike Seely the league attracts as many as 20,000 users each week. The top 89 finishers divvy up a pool of $500, with the winner walking away with $50 — enough to invest in a halfway-decent umbrella.

It seems like easy money for any local who has developed an intuitive understanding of the Magic City's unique and oft-unpredictable weather and raises the question: How soon before we can cash in on our even more puzzling relationship to hurricane forecasts?

There don't appear to be any hurricane-forecast competitions in the works. But Brian McNoldy, senior research associate at the University of Miami's Rosenstiel School of Marine and Atmospheric Science, tells New Times that the niche-sounding concept is not without precedent and has a history right here in town.

The idea was to figure out if a hurricane futures market could draw in weather experts into tropical meteorology by financially rewarding them for their accuracy. The goal was to advance the understanding of hurricane tracking.

"The hope is that investors, because they have a financial stake, will draw an accurate consensus on the storm's path — much like bettors predicting which horse will win a race," according to an Associated Press report about the project at the time. "Upsets happen, but betting favorites win most often."

McNoldy says he participated in the hurricane-betting venture between 2005 and 2007 — a period during which a research grant provided actual money for selected participants who'd then "trade" portions of the U.S. coastline for hurricane landfalls, just like you would in a futures market.

"The more likely something became, the less valuable it became. But if you forecasted something early and bought low and it ended up verifying, it was worth a lot," McNoldy explains. "This market was not open to the public, nor were the distributions of futures."

When MAHEM emerged nearly two decades ago, the initiative attracted criticism, with some alleging the program was gamifying natural disasters that have very real consequences on the communities they strike.

"As long as it never gets confused for real forecasts, it doesn't seem like it would be harmful," McNoldy says. Unlike sports, weather affects people's lives. It's a safety concern if people blur the lines between official forecasts and fantasy forecasts."
KEEP MIAMI NEW TIMES FREE... Since we started Miami New Times, it has been defined as the free, independent voice of Miami, and we'd like to keep it that way. With local media under siege, it's more important than ever for us to rally support behind funding our local journalism. You can help by participating in our "I Support" program, allowing us to keep offering readers access to our incisive coverage of local news, food and culture with no paywalls.
Make a one-time donation today for as little as $1.