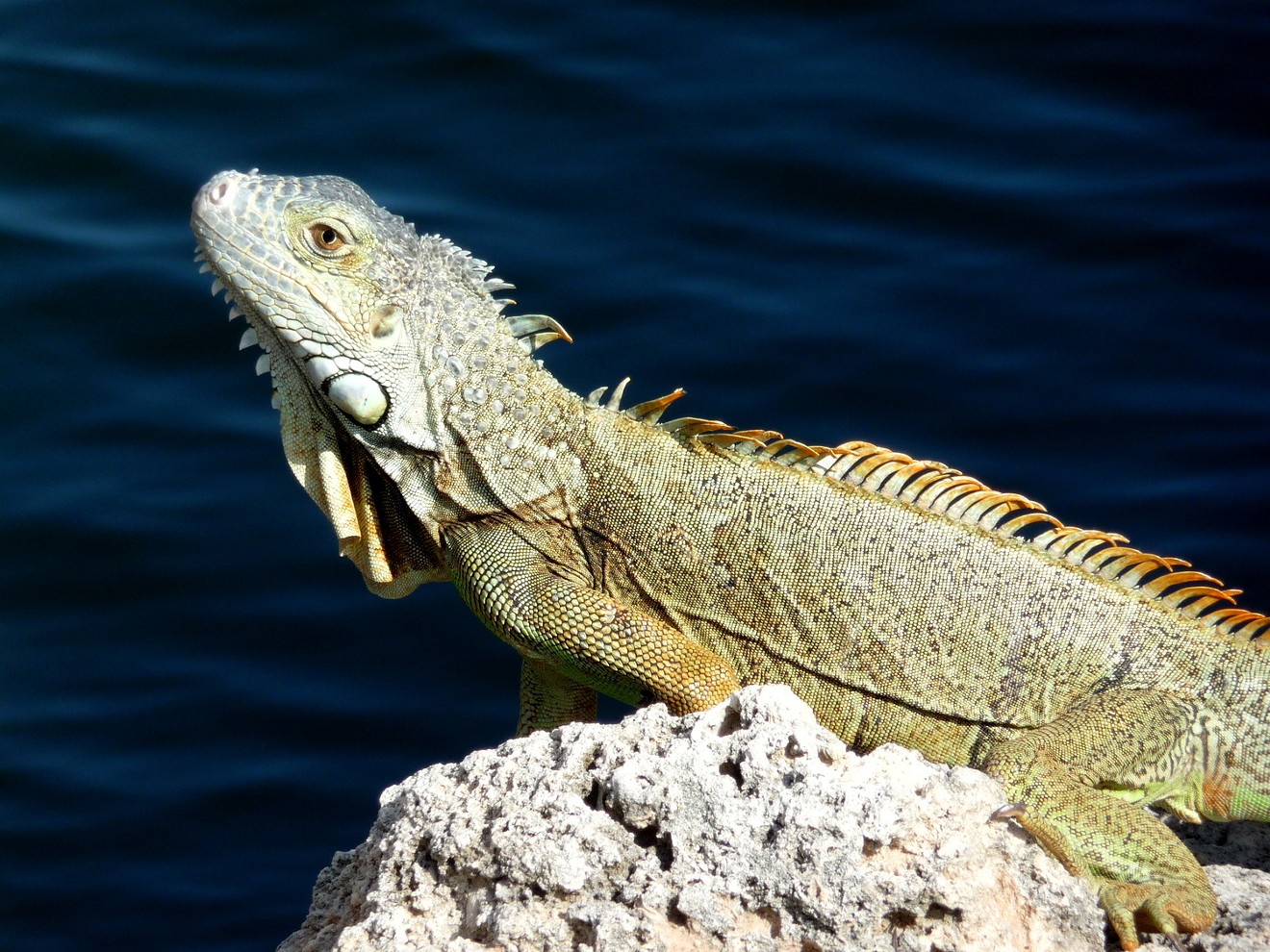 The Florida Fish and Wildlife Conservation Commission has called for open season on invasive iguanas. Photo by Isaac Wedin / Flickr
If you've lived in Florida long enough, you know neon-green iguanas are just part of the scenery — no different from an anti-abortion billboard or an O.J. Simpson sighting. But green iguanas are actually an invasive species. Earlier this month, state wildlife officials made national news after announcing that, yes, it is in fact perfectly legal to kill an iguana for setting foot on your land.

While some Floridians celebrated the announcement, a number of animal-rights groups and activists have urged state officials to reconsider. An online petition to stop the "cruel, government-sanctioned massacre of Florida's iguanas" has already garnered nearly 22,000 signatures from people around the world.

"The Florida Fish and Wildlife Conservation Commission is calling for a mass public slaughter of iguanas," the petition states. "Sign this petition demanding Governor Ron DeSantis end this reckless and abysmal slaughter of iguanas at once."
So far, People for the Ethical Treatment of Animals (PETA) is one of the largest organizations to have condemned the state's directive. Late last week, the group sent a letter to FWC expressing concerns that the agency's announcement would result in the inhumane killing of iguanas.

"If the Commission insists on urging inexperienced and untrained homeowners to kill iguanas, it must first provide accurate and detailed explanations of the methods of killing them that are acceptable as well as those that are not," the letter stated. PETA further pointed out that Florida wildlife officials have not banned the import, sale, or breeding of iguanas, which could reduce overpopulation.

Animal advocates say the decision could have unintended consequences. In a blog post last week, Humane Society president Kitty Block blasted the state's iguana policy as an "irresponsible directive" that could lead to the killing of other reptiles. "Many Floridians are unlikely to be able to tell the difference between native and nonnative iguanas," she wrote. "Thus, this program of indiscriminate killing will likely adversely impact other lizards and iguanas who are likely to be misidentified and targeted by residents."

There's already been one high-profile human casualty as a result of iguana vigilantism: In Boca Raton, a hired hunter with a pellet gun accidentally shot a pool boy while trying to take down an iguana. By some stroke of luck, he wasn't seriously injured.
KEEP MIAMI NEW TIMES FREE... Since we started Miami New Times, it has been defined as the free, independent voice of Miami, and we'd like to keep it that way. With local media under siege, it's more important than ever for us to rally support behind funding our local journalism. You can help by participating in our "I Support" program, allowing us to keep offering readers access to our incisive coverage of local news, food and culture with no paywalls.
Make a one-time donation today for as little as $1.