TLC's Chilli on Influencing Cardi B and Bruno Mars, and Staying Humble 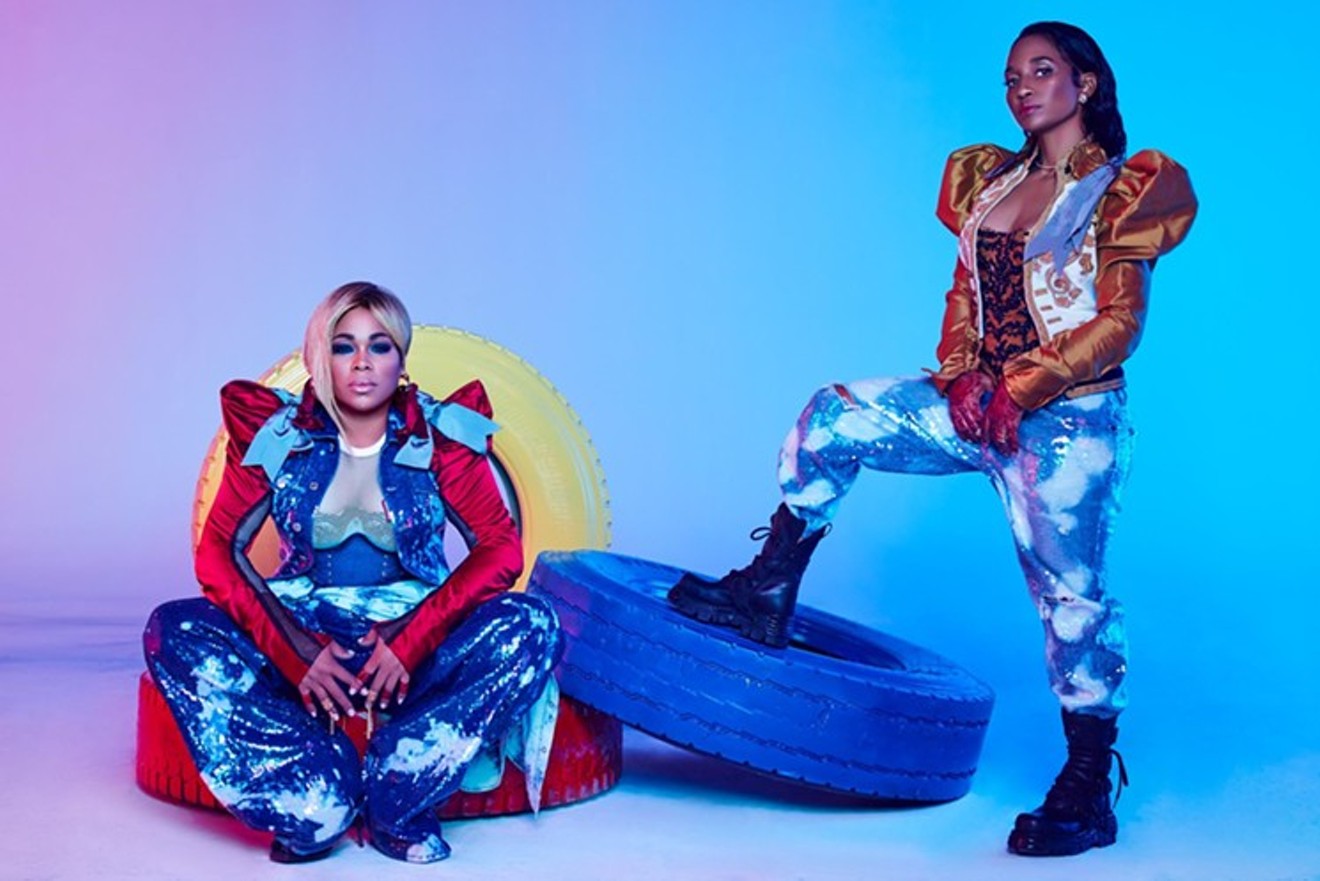 T-Boz and Chilli of TLC Courtesy of Miami-Dade County Fair & Exposition
It's been a minute since TLC was in heavy rotation on the radio. The group's last certified hit was 2013's "Crooked Smile," a collaboration with J. Cole. But modern popular culture was practically made in TLC's image.

It's in the ease with which today's pop stars talk about women's desire and pleasure. The women of TLC did that on their debut single, 1992's "Ain't 2 Proud 2 Beg," with the late Lisa "Left Eye" Lopes wearing a yellow condom over her left eye in the midst of the AIDS crisis. It's also in the women's empowerment anthems that Pink and Lady Gaga have taken to the top of the charts in a sea of songs about mindless hookups. It's in the very existence of Beyoncé's career, which began when she was one-third of Destiny's Child, for whom TLC laid out the blueprint for success. And recently, TLC's influence was pointedly on display in the color-blocking fashion and '90s hip-hop aesthetic of Bruno Mars and Cardi B's "Finesse" music video.

Rozonda "Chilli" Thomas, TLC's sweet-voiced counterpoint to the hard edge of Tionne "T-Boz" Watkins and Lopes, says Mars asked them if they'd seen his video after it was released, confirming he had them in mind when he made it. "Parts of the video looks like a part of 'Ain't 2 Proud 2 Beg,'" Chilli says. "It is an honor for us to see new artists give us a shout-out or pay homage. That's the kind of stuff you see as an artist as time goes on. There were artists before us that had an effect on us, but there's not a ton of people like that, so if you can get into that club, that's amazing and it is an honor."

Chilli believes part of the reason TLC continues to resonate with audiences is the group made what she calls "life-changing music." Their songs were the soundtrack to the formative years of the early-'90s and TRL generation, and they addressed everything from safe sex on "Waterfalls" to the ways in which societal standards of beauty can magnify women's insecurities to a dangerous level on "Unpretty." Chilli says it was not only the music but also its honest messaging that resonated with people. "There's nothing fake about us. We're just a very authentic group when it comes to who we are, what we believe in, and what we stand up for, like girl power. That's always and forever been our thing. People can relate to real stuff."

That authenticity extended beyond the group's music. TLC kept it real about their relationships and the avaricious record label contracts that led to an eventual bankruptcy filing at the height of the group's success. Their strengths and vulnerabilities were always at the fore, not least of all in the aftermath of Left Eye's tragic and untimely death in a car accident on a mission trip to Honduras in 2002. Most groups would have called it quits and moved on to separate projects, but TLC soldiered on.

Those events all made it into the 2013 VH1 biopic CrazySexyCool: The TLC Story, developed to mark TLC's remarkable two-decade long career in the music industry. The film introduced the women of TLC to yet another generation of fans, and Chilli says she sometimes gets distracted onstage when she sees younger kids singing along to the group's songs. "It's amazing to look out and see little kids - I'm talking like six [years old] - jamming, knowing the old stuff and the new stuff. It almost can throw me off a bit when I'm on stage, like 'what?' It's unbelievable. It really is a blessing."

She uses the word "blessing" many times during the course of her interview, and it's clear that over 25 years since the release of their first album Ooooooohhh... On the TLC Tip, Chilli is still humbled by the level of love and recognition the group continues to receive from the likes of major artists like Bruno Mars, to everyday fans on the street. "I have to tell you this," she says on the tail end of the interview, and she recounts being approached by a man and his wife after seeing a film in the evening on this past Easter Sunday. "I know he was in like his '60s for sure... He kind of followed me to my car and he was like, 'Excuse me.. Is it you?' I'm looking at him like, 'I know this man does not know who I am.'" She introduced herself and "he reacted like I was, I don't know, Diana Ross or somebody. I could not believe it. He told me I made his Easter. I was cheesin' from ear to ear going to my car and going home."

It is both striking and incredibly refreshing that an artist who has experienced the heights of fame, played arenas and stadiums around the world, and is directly referenced by today's top artists on the regular was awestruck by such an interaction. "It'll never get old," she says. "You know why? 'Cause I don't take it for granted. I just think it's a blessing to be in the position that we're in and to have such a positive effect on people with our music."