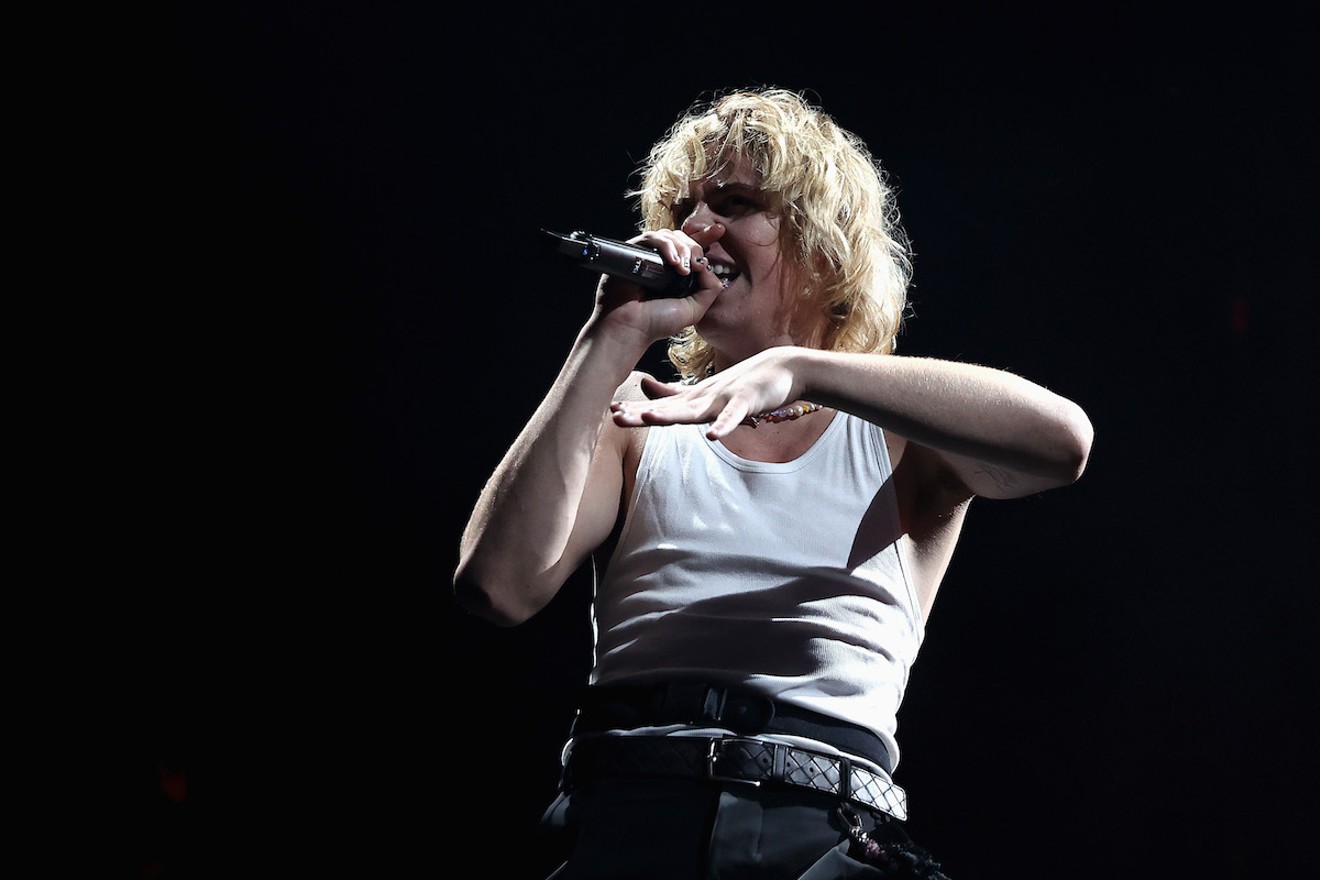 The Kid Laroi brought his End of the World Tour to his hometown of Sydney back in May. Photo by Cameron Spencer/Getty Images
A few years ago, Iggy Azalea seemed poised to be the biggest rapper ever to come out of Australia. With Atlanta rapper T.I. serving as her mentor, Azalea found success in 2014 with her debut album, The New Classic, which featured the number-one hit "Fancy."

But as quickly as Azalea found success, she also found her fair share of criticism, with detractors pointing out her subpar rap skills and the "blaccent" she adopted every time she got behind a mic. In the end, it killed any momentum Azalea's career had. These days, she still enjoys a devoted cult following made up of a mostly queer fanbase, but it hardly matches the level of success she saw before.

It's necessary to acknowledge this because when Kid Laroi burst onto the scene in 2018, the only Aussie rap act that American audiences had heard of was Azalea.

If there is one trait Gen Z and rap share, it's authenticity.

The Kid Laroi lore goes that the soon-to-be-19-year-old hails from Waterloo, New South Wales, a suburb of Sydney. At 12, he charmed producer Khaled Rohaim, the Grammy-winning Australia producer who had already worked with acts like Rihanna and Ariana Grande. Rohaim played a central role in Laroi's debut mixtape, F*ck Love, which brought the teen worldwide attention.

At the same time, Laroi also linked up with the late Juice Wrld, whom Laroi met while the rapper was on tour in Australia. Juice Wrld served as a mentor to the budding artist while also helping give Laroi a boost of legitimacy to the ears of American listeners, who are usually wary of any imported hip-hop acts, regardless of how good they may be.

Laroi also got help from Chicago rapper Lil Bibby and his brother, G Money, who signed the artist and managed his career. He would later leave the pair under reportedly not-so-friendly circumstances to be managed by pop music's pied piper, Scooter Braun. (Laroi would later split from Braun as well after he felt the music magnate wasn't willing to make himself more available to him.)

And with a connection to Braun, there is naturally a connection to Justin Bieber. Indeed, if anyone can sympathize with a budding young artist like Laroi, it's Bieber. The Canadian singer went from his tween "Baby" era to a rebellious teenage phase that almost saw him lose control of his career but ultimately led to the maturation of his sound via his 2015 album, Purpose.

The teen's friendship with Bieber led to the collaboration "Stay," Laroi's biggest single so far. The pop-punk-leaning track reached the Billboard Hot 100 last summer, and if audiences didn't know who the Kid Laroi was before then, they surely do now. Barely over two minutes long, the song is quintessentially Gen Z, featuring an earworm of a hook that doesn't overstay its welcome.

But despite all these cosigns — Elton John and Ed Sheeran also have given their stamp of approval — everyone is waiting to see if history will repeat itself with the Kid Laroi. Lest you think New Times was the first publication to compare Laroi to Azalea, the juxtaposition has been happening for years.

"Similarly to Australian rapper Iggy Azalea, Laroi is a highly polarizing figure domestically in his home Australia, also amassing a legion of teenage fans favoring his melodic vibes over lyrical ability while alienating many more in his dismissiveness of local hip hop in Australia," wrote Sam Miles for the Source back in 2020.

Hip-hop heads also seem to question the rag-to-riches story put out there by Laroi's camp, pointing out that both his mother and father have substantial connections to the music industry.

Still, the entertainment industry is full of cases of nepotism, so this isn't entirely unheard of — or newsworthy.

But again, we go back to that word: authenticity. If Laroi ultimately wants to win over the very fickle Gen Z demographic, he'll have to market an authentic version of himself that appeals to a broad audience. He's been doing that by slowly shedding the "rapper" label and leaning more into pop sounds. His latest single, "Thousand Miles," is undeniably a pop song, and after peaking at number 15 on the Hot 100, it seems that fans are willing to go along for the ride.

His debut album for Columbia Records, Kids Are Growing Up, is set to be released later this year and perhaps once and for all will prove that Australia has finally cultivated another global superstar — hopefully this time on the scale of Kylie Minogue.

The Kid Laroi. with Ericdoa. 8 p.m. Tuesday, August 23, at FPL Solar Amphitheater, 301 Biscayne Blvd., Miami; 305-358-7550. Tickets cost $38.75 to $1,004.25 via livenation.com.
KEEP MIAMI NEW TIMES FREE... Since we started Miami New Times, it has been defined as the free, independent voice of Miami, and we'd like to keep it that way. With local media under siege, it's more important than ever for us to rally support behind funding our local journalism. You can help by participating in our "I Support" program, allowing us to keep offering readers access to our incisive coverage of local news, food and culture with no paywalls.
Make a one-time donation today for as little as $1.