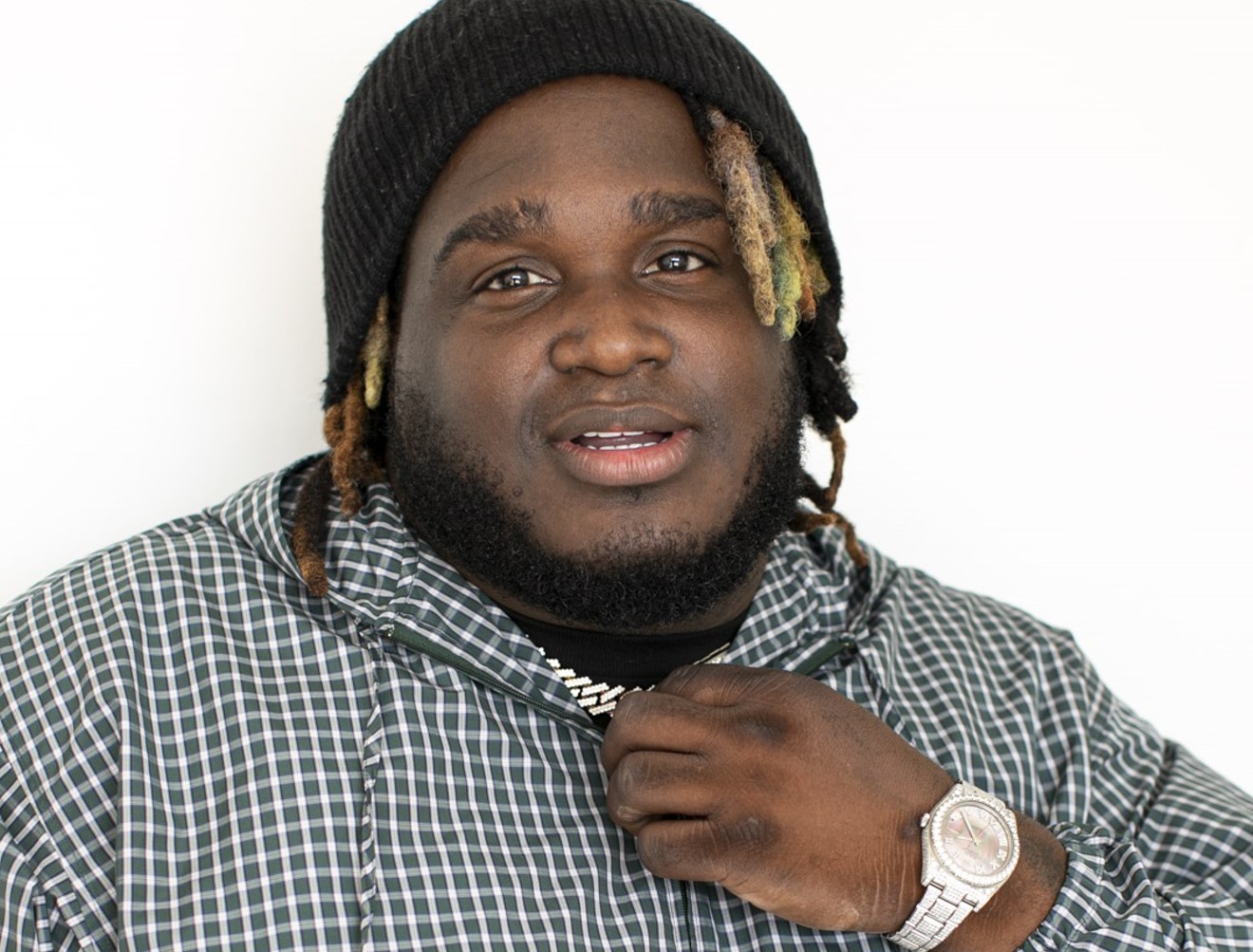 Sech is still adjusting to his newfound fame. Photo by Caroline Mahomar
Latin music's popularity in the United States has been growing for years, but it's doing blockbuster numbers in 2019. That's especially true when it comes to streaming, where el género thrives. More than half of Spotify's most-streamed songs this summer were by Latinx artists.

Sech has contributed to those numbers with his banger "Otro Trago," which is now in its third week at number one on Billboard's Latin Songs chart. He's one of the most prominent artists to come out of Panama since the pioneering El General's '90s heyday.

Known for his "flow peluche," Sech is notable as one of the few Afro-Latinx artists who have broken out into the mainstream within a genre that was created by Afro-Latinx people.

"I think the things in life that hold the most value are being unique," Sech tells New Times. "I feel like I'm the only artist doing what I do, and I feel proud of my work and being Afro-Latino. I'm really happy with everything that has been happening in my career."

The significance of his success isn't lost on Sech, but he's also contending with the daily realities of his newfound fame.

"I'm still not used to finishing a show and rushing to the airport — not sleeping and the responsibility that comes with the work," he says. "What keeps me going is the love that I have for my supporters and the love they have for my music, so I'm giving this 100 percent. I have to get used to this lifestyle."

But his rising profile has also gifted him with advice from friends in high places. He says his colleagues and the people around him make it easy to stay grounded. Some of the best advice he's received came from the reggaeton singer Arcángel, who told him that "people will forget an artist but will never forget a good human being." He says that advice is ingrained in his mind. "I always want to be a good person and treat everyone well despite what the job title might say."

¡Viva Latino! headliner Bad Bunny also gives Sech advice of a different kind. "Bad Bunny helps me pick what T-shirt and hoodies I should wear," he says of the fashion-forward singer. "You just always have to stay true to what you like, no matter what people say. I admire him because he's original when it comes to that. He always does the unexpected." Sech, who's known for rocking hoodies and beanies, says he'll remain true to his style in Miami despite the heat.

He says his boutique record label, Rich Music LTD, is a major reason he's been able to break out while staying true to his authentic self musically and stylistically. "The label might be small," he says, "but it is mighty... Rich Music has more time to think about a single product, as opposed to bigger labels that have thousands of artists but can't give all of them the same attention... I've been blessed to have features and collaborations with artists that I used to dream about. This route that I took, it doesn't happen often."

Spotify's ¡Viva Latino! Live. With Sech, Bad Bunny, Nicky Jam, Sebastián Yatra, and Rosalía. 8 p.m. Friday, August 30, at American Airlines Arena, 601 Biscayne Blvd., Miami. Tickets cost $49 to $159 via ticketmaster.com.
KEEP MIAMI NEW TIMES FREE... Since we started Miami New Times, it has been defined as the free, independent voice of Miami, and we'd like to keep it that way. With local media under siege, it's more important than ever for us to rally support behind funding our local journalism. You can help by participating in our "I Support" program, allowing us to keep offering readers access to our incisive coverage of local news, food and culture with no paywalls.
Make a one-time donation today for as little as $1.