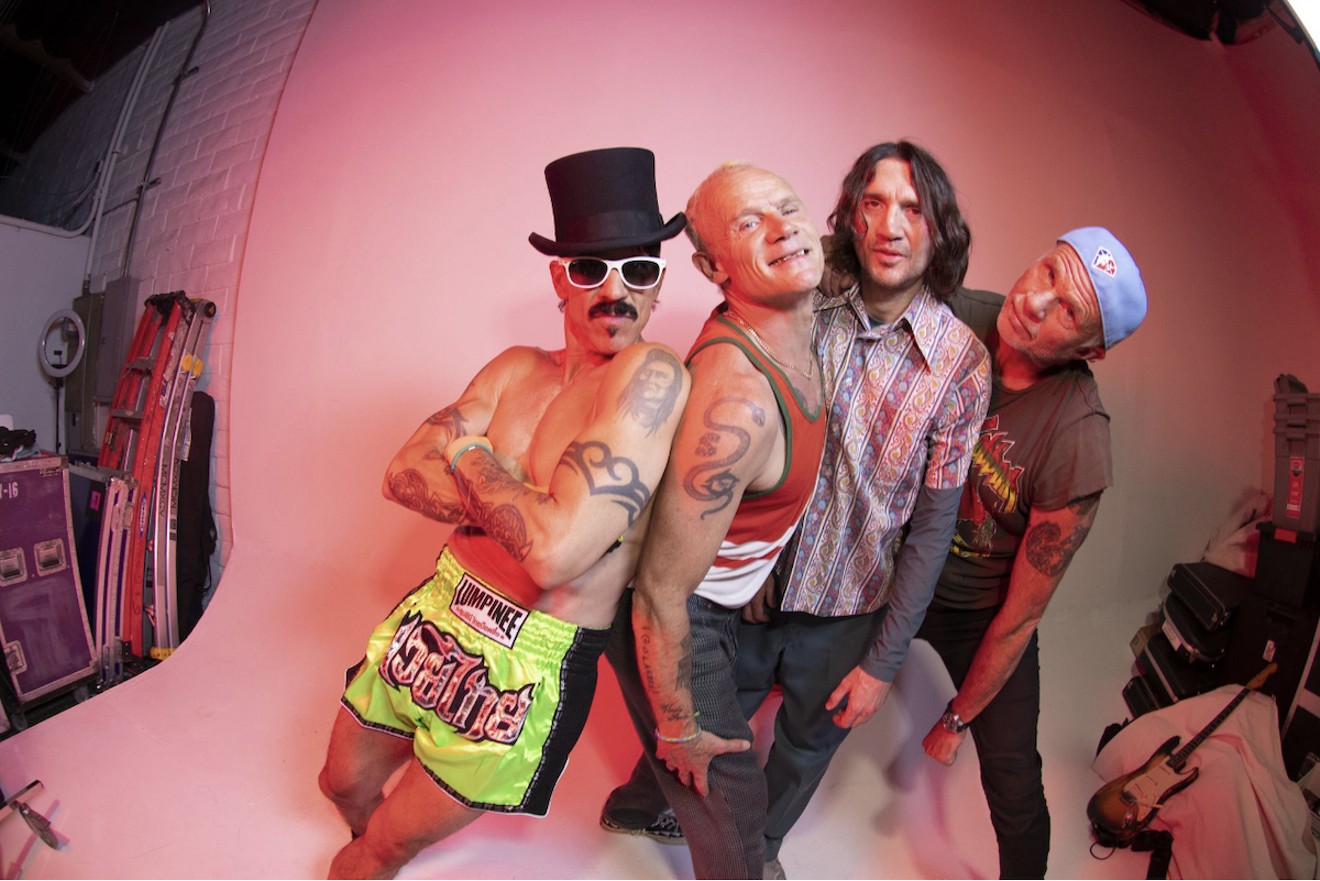 Amid a global stadium tour — with scheduled a stop at Hard Rock Stadium on Tuesday, August 30 — the California fun-rock band has announced the October release of Return of the Dream Canteen, mere months after the chart-topping album Unlimited Love dropped in April.

In late 2019, RHCP announced the unexpected and suspiciously amicable exit of Josh Klinghoffer, the band's guitarist since 2009. Along with the sting from Klinghoffer's leave came the exciting news of John Frusciante's return, a surprise move given the guitarist's seemingly permanent departure more than a decade ago. Frusciante would be rejoining founding members Anthony Kiedis and bassist Michael Peter Balzary, known professionally as Flea, as well as drummer Chad Smith, who has been with the band since 1988.

Frusciante, 52,  joined the band in 1989 at age 18 but quit after two albums, Mother's Milk and Blood Sugar Sex Magik (the Chili Peppers' breakthrough), to focus on solo music and recovery in rehab. He rejoined in 1998 for three more hit records, Californication, By the Way, and Stadium Arcadium, playing on most of the band's notable tracks, including "Dani California," "Under the Bridge," "Scar Tissue," and "Give it Away."

Recognized by Rolling Stone as one of rock's Top 100 guitarists, Frusciante has released a string of solo work, including the emotional 2009 experimental post-rock album The Empyrean, which features Klinghoffer — a frequent collaborator and friend of the band even before being brought on as guitarist — and Flea. Since leaving RHCP, Klinghoffer — who has performed PJ Harvey, Beck, the Butthole Surfers, Sparks, Gnarls Barkley, and Cate Le Bon, among others — has released three solo albums under the pseudonym Pluralone and has joined Pearl Jam as a touring guitarist.

With Frusciante back on guitar — and despite the bandmembers being in their 50s and 60s — the Chili Peppers are easily falling into the familiar groove from earlier days, as evidenced on the recent single "Tippa My Tongue." After teaming with producer and songwriter Danger Mouse for The Getaway, Unlimited Love marks the band's reunion with Rick Rubin, famed producer and cofounder of Def Jam Recordings.

"I once thought I'd never see John play with the Chili Peppers again, but the prodigal son has returned to melt my face and make my adolescent dreams come true," says 25-year-old Miami musician Ian Renaud, who sports a tattoo of an asterisk — the band's logo — on his ankle.

As for me, RHCP was one of the first bands that led me to dive into rock music as a teen. I'm still a big fan despite the eye rolls I get from music nerds who hate cheesy mainstream rock.

I sat front-row at the Red Hot Chili Peppers show at FTX Arena (formerly American Airlines Arena) in 2017 and caught one of Chad Smith's drumsticks. Yet, I feel more buzzed at the prospect of seeing RHCP this Tuesday from the 100s section, now that Frusciante is back onboard. And I know most of my fellow fans in feel the same way.

Red Hot Chili Peppers. with Thundercat and the Strokes. 6:30 p.m. Tuesday, August 30, at Hard Rock Stadium, 347 Don Shula Dr., Miami; 305-943-8000; hardrockstadium.com. Tickets cost $43.50 to $194 via ticketmaster.com.
KEEP MIAMI NEW TIMES FREE... Since we started Miami New Times, it has been defined as the free, independent voice of Miami, and we'd like to keep it that way. With local media under siege, it's more important than ever for us to rally support behind funding our local journalism. You can help by participating in our "I Support" program, allowing us to keep offering readers access to our incisive coverage of local news, food and culture with no paywalls.
Make a one-time donation today for as little as $1.