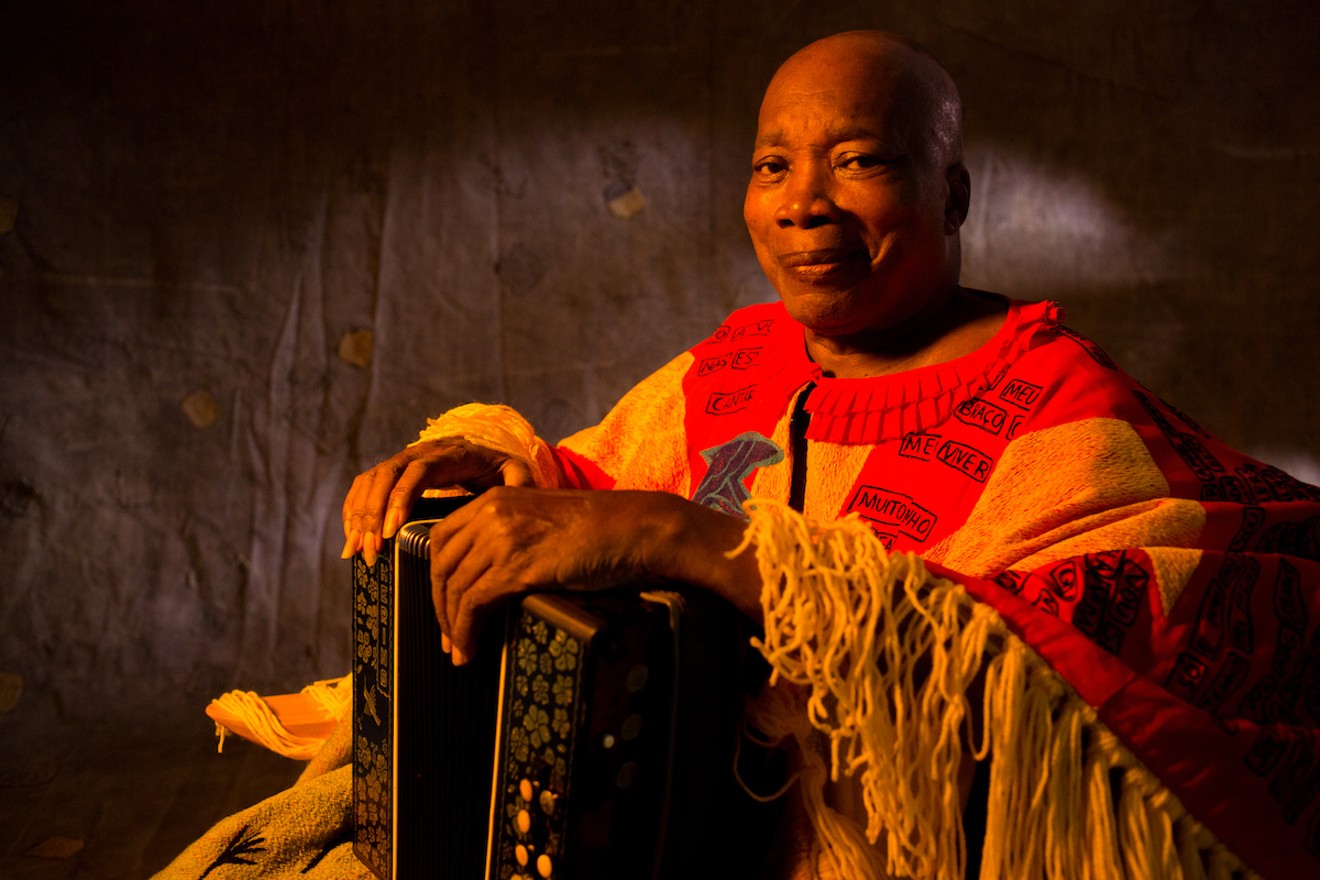 Milton Nacimento Photo by Marcos Hermes
Although some artists of a certain age like Paul McCartney, Caetano Veloso, and the Rolling Stones keep touring, Brazilian icon Milton Nascimento has decided that he's had enough. His 60-year career has earned him numerous accolades, including an honorary degree from Boston's Berklee College of Music. The honorific was bestowed on the self-taught musician who cannot read music but is one of South America's most prominent musical legends, both for his dramatic tenor voice and unique acoustic guitar technique.

The Grammy winner hasn't stated why he has decided to quit touring, which coincides with his 80th birthday. It might have to do with the numerous health issues he has faced over the years, including a stay in a U.S. hospital in 2014 due to a heart condition.

"It is to friends and fans that I dedicate this final tour," he said in a video released on his website. "This will be my farewell from live performances."

That, however, does not mean he's quitting music altogether. At the end of the video, he faces the camera and clearly emphasizes that this is not the end. "Not from music, ever," Nascimento added. He reportedly has other works on the pipeline.

It might be hard for English-speaking audiences to fathom the cultural force that Nascimento is in Brazil. While he has played theaters and smaller clubs outside his native land — like his weeklong residence at New York City's Blue Note in 2006 — he generally fills soccer stadiums even though he is a shy singer who often performs seated on a stool with an acoustic guitar, a habit likely influenced by his bossa nova predecessors. The songs he brought to this world are anthems for many Brazilians. Even if some of his countryfolk aren't ardent fans, they know at least one of his songs, which have been recorded by the likes of Elis Regina, Maria Rita, and Marisa Monte, by heart.

He was also instrumental in lifting the careers of fellow singer-songwriters from the southeastern state of Minas Gerais with the release of 1972's Clube da Esquina, a collaborative album rated the best Brazilian album by a poll conducted by Brazil's version of Rolling Stone. A simple guitar riff or an intro of one of his hits is immediately recognizable, just as the Beatles' "A Hard Day's Night" might be to English-speaking fans of the same generation.

Although longtime fans made be saddened by the news of Nascimento's retirement from the stage, they'll have the consolation that his music will always be with them. South Florida fans will have the opportunity to see him play songs like "Cancao da America," "Travessia," and "Maria, Maria" on stage for one last time when he takes the stage at the Parker on Saturday. Don't miss the chance.

Milton Nascimento. 8 p.m. Saturday, October 1, at the Parker, 707 NE Eighth St., Fort Lauderdale; 954-462-0222; parkerplayhouse.com. Tickets cost $65 to $100 via ticketmaster.com.
KEEP MIAMI NEW TIMES FREE... Since we started Miami New Times, it has been defined as the free, independent voice of Miami, and we'd like to keep it that way. With local media under siege, it's more important than ever for us to rally support behind funding our local journalism. You can help by participating in our "I Support" program, allowing us to keep offering readers access to our incisive coverage of local news, food and culture with no paywalls.
Make a one-time donation today for as little as $1.
Ernest Barteldes