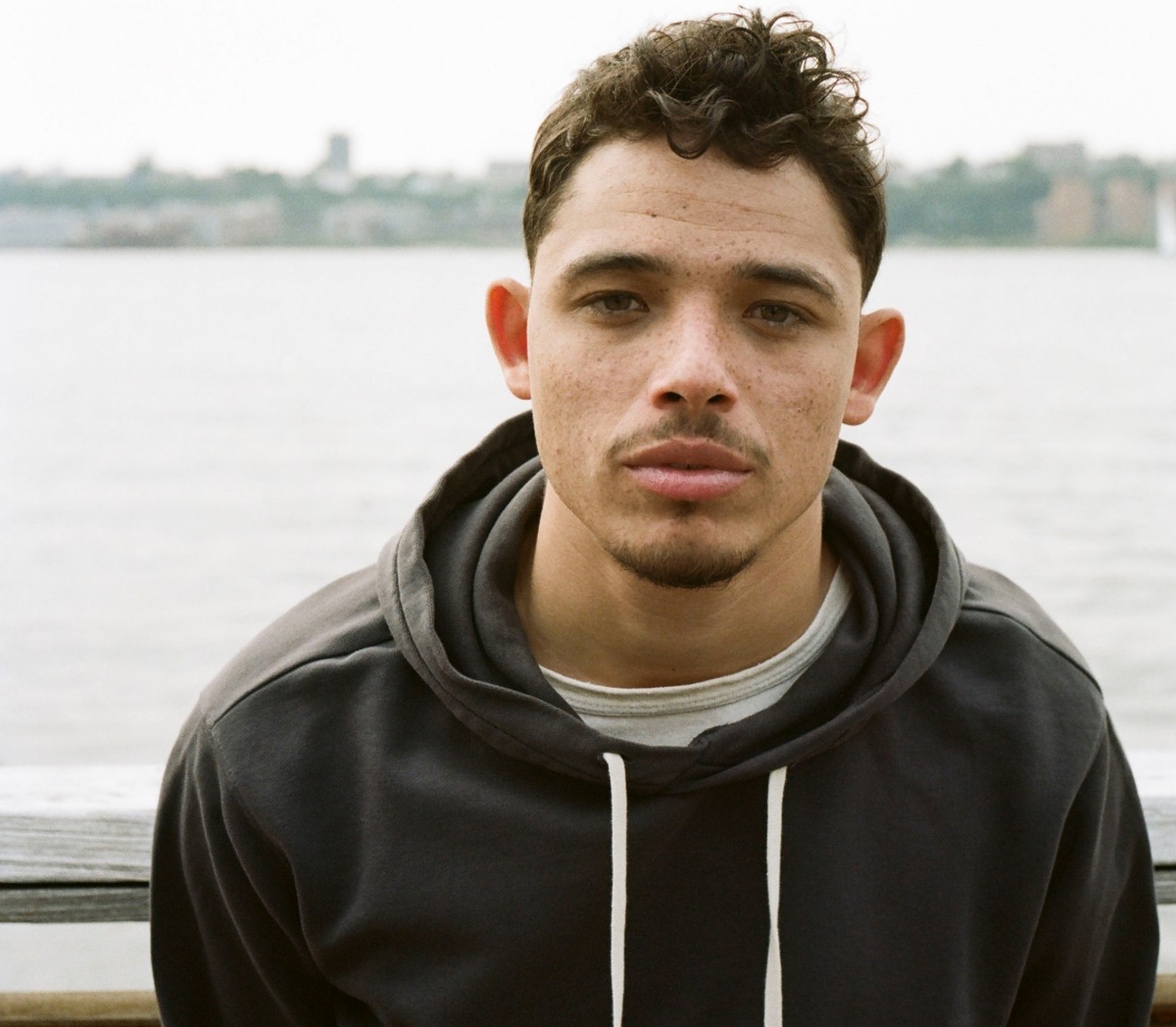 Anthony Ramos Eric Johnson
Anthony Ramos' rise over the past few years has seemed meteoric. A member of the original Broadway cast of Hamilton, the actor and singer played the dual roles of John Laurens and Philip Hamilton. The show became an international sensation, catapulting most of the original cast — along with its principal, Lin-Manuel Miranda — to fame.

Ramos went on to costar alongside Lady Gaga in the Academy Award-nominated movie A Star Is Born and is shooting a film adaptation of the musical In the Heights, in which he portrays the character Usnavi de la Vega. The role was originally occupied by Lin-Manuel Miranda, who created both Hamilton and In the Heights. And to add a sparkle of romance to Ramos' upward trajectory, he became engaged to Hamilton costar Jasmine Cephas Jones earlier this year.

Now the 28-year-old Ramos has released his deeply personal debut album, The Good & the Bad, which came out October 25. He's taking his talents beyond Broadway and the silver screen by embarking on a multicity tour supporting the record. Ramos is set to visit Miami this Sunday, November 10, when he'll share selections from The Good & the Bad with fans at the Ground.

The Good & the Bad was produced by musician and sound engineer Will Wells (Pentatonix, Logic) and channels Ramos' theatrical background and his Brooklyn roots. The 12-track record was whittled down from 25 and recalls albums by '70s singer-songwriters such as Joni Mitchell and James Taylor, wherein the artists shared revealing biographical stories through their songs. Ramos puts a spin on this confessional style by imbuing The Good & the Bad with New York theater and a dash of the salsa music of his youth.

Ramos says the record is meant to be an audible memoir of sorts.

"The album played out like a movie in my head," he says. Ramos kicks off The Good & the Bad by taking the listener to Brooklyn in "Dear Diary," in which he thanks his single mother for giving him a solid foundation while asking his father why he wasn't around. Ramos says, "'Dear Diary' is a narrative about a man who, although he loves his family, has to leave home to see who he can become."

The Good & the Bad takes listeners on that man's journey, from partying in basements with friends to navigating the complicated contours of sex and love. On "Little Lies," for instance, Ramos explores how seemingly small untruths can lead to immense consequences.

The album concludes where it started, with Ramos realizing he had to explore the world around him to realize what he had back home in Brooklyn.

"The title is the heart of the album," Ramos says. "He has to go through the good and bad to realize how good he had it."

The Good & the Bad was produced free of excessive musical flourishes, with neither electronic orchestrations nor giant choirs of voices. Ramos says the record's raw quality was deliberate.

"I wanted to give you the most stripped-down person of me," he says. "I'm hoping it gives the audience courage to strip themselves down."

He also insisted real instruments be used for the album's recording. "There's nothing like a person playing an instrument," he says. "You're listening to something a real person played."

Ramos credits his experience in movies and theater with providing inspiration for his songwriting and compares the arc of The Good & the Bad to the narratives of his prior work. The singer-songwriter also cites the likes of Lady Gaga and John Legend as musical motivators.

"Some people have said I sound like John Legend," he says. "I've burned his records to the ground playing them so much."

When the tour wraps up, Ramos will look forward to the theatrical release of In the Heights' film adaptation in 2020. He says he's excited for audiences to hear the tale of the residents of the Washington Heights neighborhood in New York City during a particularly momentous holiday weekend.

"That story hits close to home," Ramos says. "In the Heights is the story of Latino people all over the world, but specifically in this one neighborhood in New York. It's the story of how Colombian, Dominican, and Puerto Rican people all live together in this one place."

Anthony Ramos. With Elliott Skinner. 7 p.m. Sunday, November 10, at the Ground, 34 NE 11th St., Miami; thegroundmiami.com. Tickets cost $25.82 via eventbrite.com.
KEEP MIAMI NEW TIMES FREE... Since we started Miami New Times, it has been defined as the free, independent voice of Miami, and we'd like to keep it that way. With local media under siege, it's more important than ever for us to rally support behind funding our local journalism. You can help by participating in our "I Support" program, allowing us to keep offering readers access to our incisive coverage of local news, food and culture with no paywalls.
Make a one-time donation today for as little as $1.