SunFest Had Everything but the Kitchen Sink 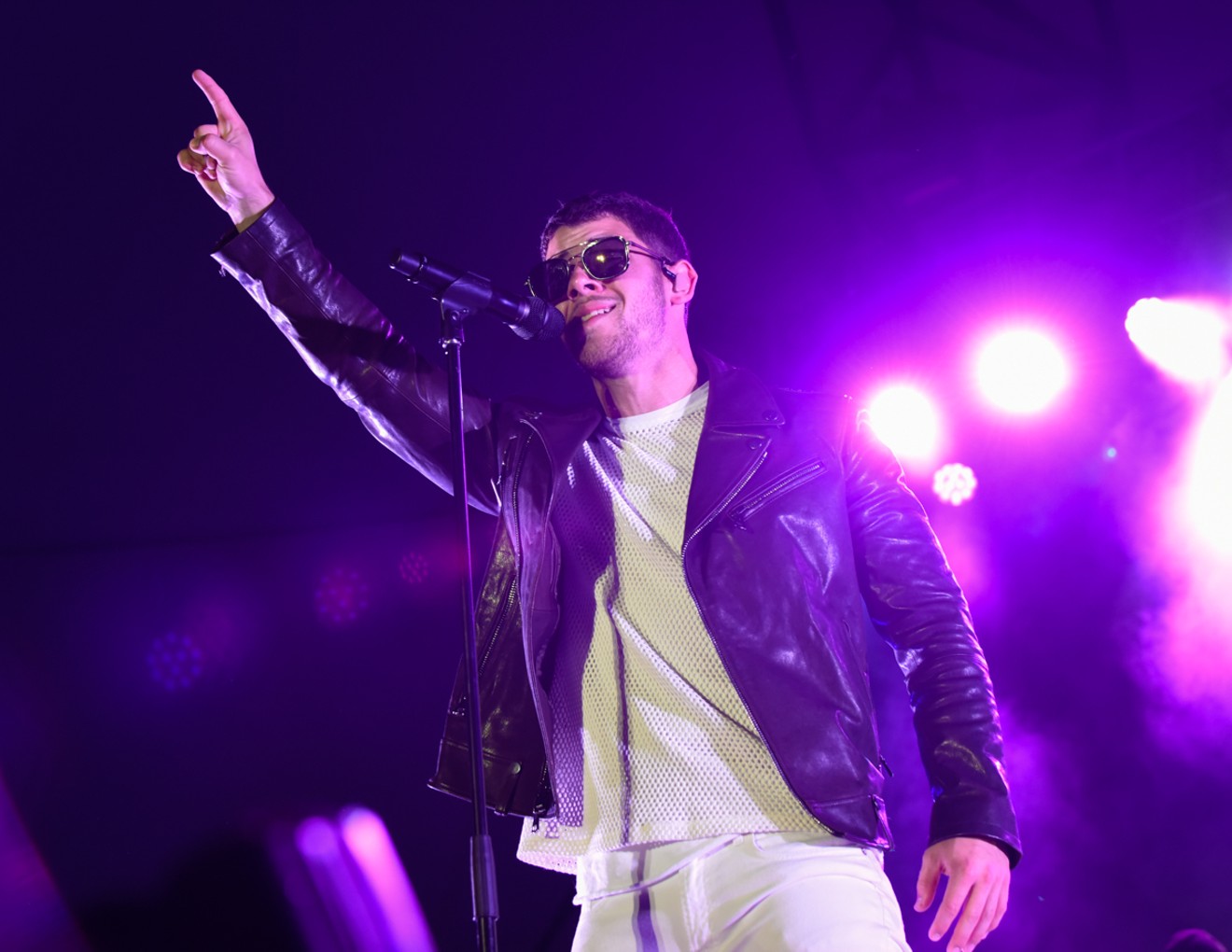 Nick Jonas. See more photos from SunFest 2018 here. Photo by Michelle Eve Sandberg
SunFest, founded in 1982, always feels like an exchange of bodies, a passing of the baton among the elderly, the almost-old, and the young-enough-to-still-get-ID'ed. Last Thursday evening saw a trio of artists that appealed to Generations X, Y, and Z. Billy Idol, one of the first pop punks and early music-video stars, attracted in the '80s kids, and Girl Talk mixed and mashed every song with a great beat at the end of the festival. On the main stage, Logic, one of the smarter rappers on the scene and one of the fastest-rising stars at SunFest, drew the high-school moths to his hip-hop flames.

This year's festivities began a day later than in years past because of the elimination of Wednesday night, but the event showed its mettle early on. Friday night brought two acts with a clear-cut division in fandom: Incubus and Zedd.

The crowd for Zedd was larger than the one standing in the small hills and valleys near the amphitheater where Incubus performed, but it turned out to be an equally massive party. A remix of the Dirty Dancing classic “(I've Had) The Time of My Life” got more butts moving than '90s alt-rock. Zedd, with his originals, techno remixes, and stage flames, was rocket fuel for dancing South Florida fans. It didn’t hurt when he broke out the quintessential karaoke jam, Queen’s “Bohemian Rhapsody”; placed an EDM drop at the head-banging crescendo; and then segued into Kendrick Lamar’s “Humble.”

His set essentially operated as a metaphor for SunFest at large, with its everything-but-the-kitchen-sink approach to festival curating. It works sometimes, but not always.

Case in point, Saturday, typically the strongest day in a SunFest lineup, sported the weakest roster this time around. In fact, it was a good day to explore the rest of the fest, including the vastly underrated Art District. See more photos from SunFest 2018 here.
Photo by Michelle Eve Sandberg
Just past the Ford Stage and all the sponsor booths, arts and crafts were not only for sale but also created live throughout the weekend. Mural artists spray-painted works alongside jugglers tossing bowling pins beneath brightly colored balloons. This was local talent worth discovering, artwork worth purchasing, and people worth supporting.

The final day, West Palm Beach was soggy and smelled like a wet dog. The rain broke a mugginess that pervaded the previous day. A pair of favorites — Sublime with Rome and Third Eye Blind — took the stage at the same time in a move that seemed rather unfair to the legion of '90s fans toggling their time between the two performances.

Even worse, many of those same fans probably never made it down to the JetBlue stage where DNCE, the pop group fronted by Joe Jonas, put on an unexpected blast of a set that combined rock, funk, and disco jams. It served as the ideal antidote to the dour climate and gray clouds. With musical shout-outs to Britney, Kanye, The Spice Girls, and Rod Stewart, DNCE fed the desires of both the parents and their children in the audience.
Sadly, after all that action early on, there was dead zone until the night’s big headliner, Pitbull, took the stage.
click to enlarge Rae Sremmurd. See more photos from SunFest 2018 here.
Photo by Michelle Eve Sandberg
Rap group DaFeauxNito was corny; Sonali was boring; and Malu Trevejo, a 15-year-old Cuban-American vocalist, spent her entire set, with a hometown feel, lip-syncing. The latter felt like a missed opportunity, especially with a massively successful Cuban-American artist following her. It was the concert version of intermission music.

SunFest simultaneously remains the same predictably unpredictable mess of wildly conflicting schedules, stages, and sunniness. That is, it continues to be understandably popular and full of possibilities in an area starved for events anchored by marquee names. The results aren’t always deserving of the bright lights, but for the right price, the liveliness outweighs the lulls.