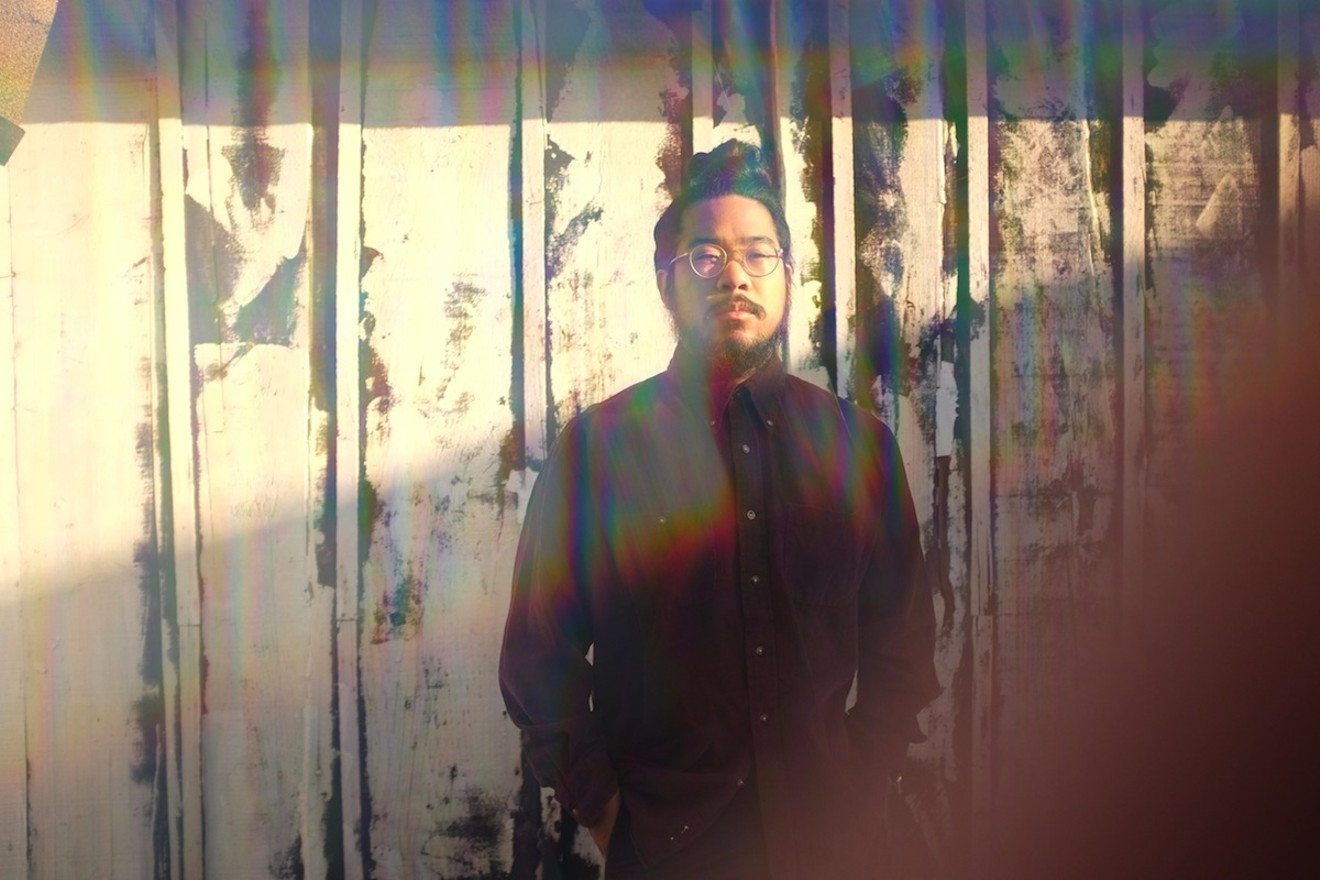 Ringgo Ancheta, AKA Mndsgn Patti Miller
Pull up a 2014 biography of 29-year-old Ringgo Ancheta, AKA Mndsgn, on his music label's website, and your jaw will drop. The hip-hop producer's parents were once members of the Filipino arm of the Aum Supreme Truth Cult. A Japanese doomsday cult founded by Shoko Asahara, it gained international notoriety in 1995 when it carried out a deadly sarin attack in Tokyo’s subway.

Why would an interviewer ask about anything else?

But from his home in Los Angeles, he laughs if off in a sort of embarrassed way. "That was silly nonsense. It was fictionalized by the infamous Jeff Black, the art director of Stones Throw. He is supereccentric when it comes to writing bios," Ancheta explains. "Out of respect to the people who lived through that, I’ve changed it since.”

The truth is that his parents are from the Philippines, his father a Navy man and his mother a nurse, who immigrated to the United States separately, each seeking a better life. After meeting in San Diego, they moved to New Jersey, where his father’s side of the family already lived. Raised in a fairly uninspiring suburbia, Ancheta started to create. He absorbed the hip-hop culture of the time and began building his smooth '80s R&B and funk beat-maker style under the moniker Mndsgn (pronounced mind design).

“A really interesting intersect for me was just being an Asian person in a predominantly white neighborhood,” Mndsgn says of his time growing up in Jersey. “I went to a Catholic church when I was growing up. In middle school, my sister started to date someone who became a good friend of the family, and he would take her to a gospel church, a black church. My sister started to go pretty regularly and convinced my mother and me to start going. It was such a game changer. I think I was in fourth or fifth grade at the time. I felt enlightened by the music.”

Inspired, he learned to play the organ and continued seeking new influences. His next journey was heading to nearby Philadelphia whenever he could, where he loved the b-boying, "breaking" scene, in his late middle-school and early high-school years. He went on to the Institute of Audio Research in Manhattah, where he refined his bedroom-studio beat-making. Mndsgn remembers the experience blew his musical mind wide open and sent him beyond beat-making and into the philosophy of mixing.

But Los Angeles was the locale that really nurtured his style. "It was cool seeing what I was doing in my bedroom actually flourishing in the community," he says. "And it was such a positive culture shock, coming from a small town that doesn’t embrace it in the same way."

There, Mndsgn — along with the future Kendrick Lamar producer Knxwledge, Devonwho, and Suzi Analogue — would help create the short-lived collective Klipmode. "Our music was akin to each other,” he says, "a place for us to grow, which is actually a rare thing." He also teamed up with Detroit rapper Danny Brown in 2013 for the track "Sweeney Song," released in the seven-inch box set Classic Drug References from Sweeney Kovar, of the now-defunct hip-hop blog Classic Drug References. Stones Throw, Mndsgn's label, would later release Yawn Zen (2014) and Body Wash (2016).

Mndsgn’s inspiration begins in the '80s for good reason. "Inherently, I feel a connection to hip-hop; that would be the foundation of the music that I make. In my eyes, as it is recorded in history, it started in the '80s," he explains. "I just have this crazy experience of connecting the dots of that lineage of music — black music in America evolved — and seeing the way soul music gave the roots of what hip-hop would become. I feel I have always been connected to that vibration.”

These days, he's delving into songwriting. With themes such as futuristic nomads traveling to distant planets with a mysterious woman, his lyrics are as trippy and cinematic as his music. It's a reflection of his ongoing journey, absorbing sounds and retransmitting his own digital funk and soul vibrations as he goes. In addition to continuing his own prolific output, he is also in high demand for remix work, so Mndsgn is worth following to see which orbits he'll take around which stars.