This Is National Wake Profiles a Multiracial Punk Band Under Apartheid 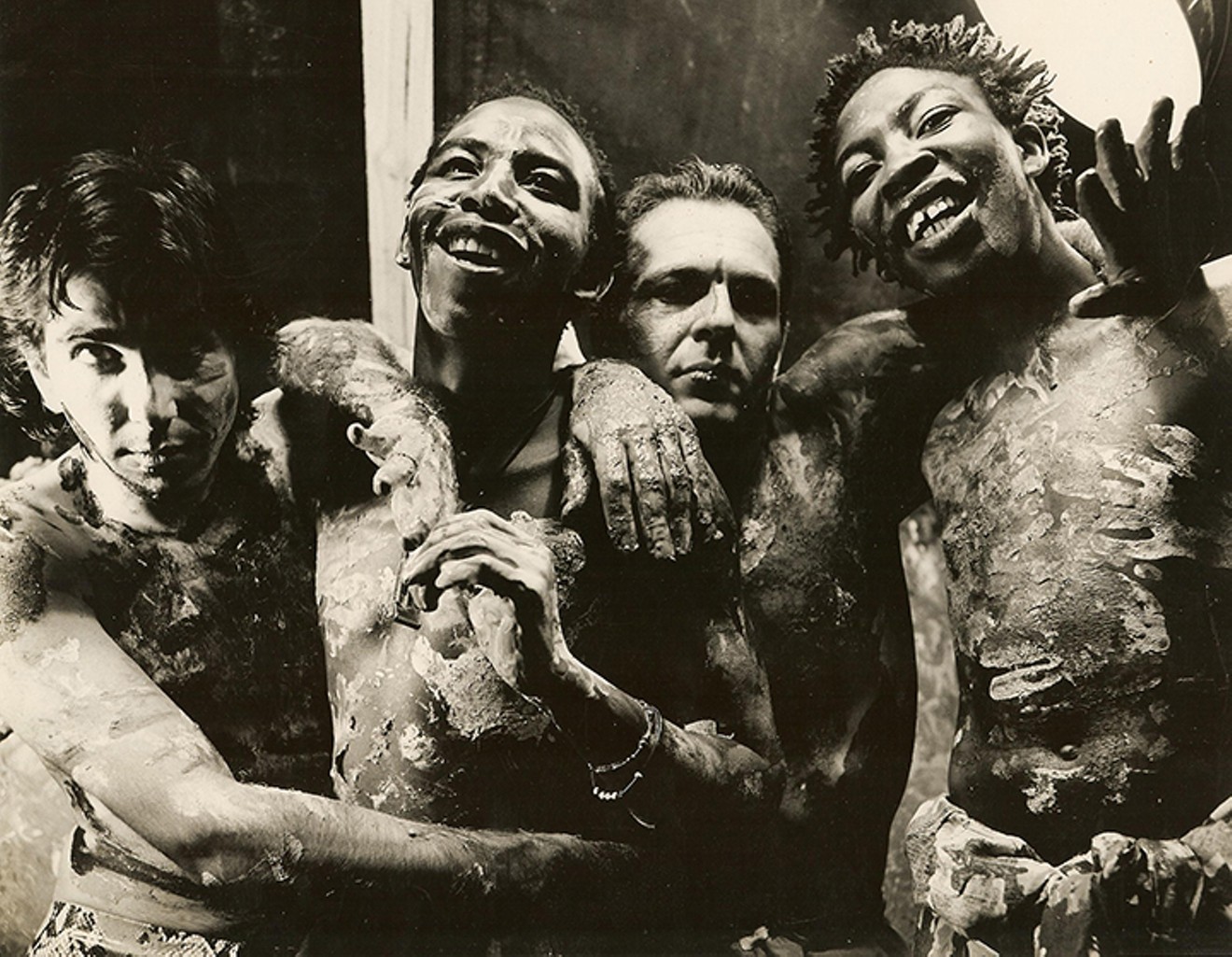 National Wake was formed in South Africa amid apartheid. Photo courtesy of the band
Punk rock is known to be rebellious, but few punk bands rebelled through the act of merely existing. That's precisely what the South African band National Wake did from 1978 through 1982, when its Black and white members came together amid apartheid. A new documentary, This Is National Wake, chronicles the triumphs, troubles, and great tunes the multiracial band created during a time when it was a crime for people of different races to coexist.

"I was blown away by the vibrancy of their music," Neff tells New Times. "I grew up in the '80s in America and had a cursory knowledge of South Africa. I knew about apartheid a little bit, but I thought Blacks and whites were completely separated. To see a multiracial band completely turned my notions upside down."

Neff did a radio segment on National Wake's story. Neff conceived a short film when she learned the band's music would be reissued. However, the story grew too big, and nine years later, a feature film bloomed out of it, screening as part of this year's Miami Jewish Film Festival at O Cinema South Beach on Monday, January 16.

"I chose not to have it be a movie filled with talking heads," Neff explains. "I wanted to immerse people in the footage and feel like they were there."

Thankfully, guitarist and frontman Ivan Kadey was still alive. Not only that, his wife, Nadine, had three hours of vintage footage filmed on Super 8 that Neff could use for the documentary.
Kadey currently lives in Miami Beach, so he'll be at the January 16 screening, taking part in a Q&A with Neff and performing solo acoustic renditions of National Wake's songs.

"I started playing guitar at 12. I came from a folk tradition. I was inspired by protest music like Joan Baez and Pete Seeger," Kadey says. "As soon as I could put three chords together, I started writing my own material."

When National Wake was formed in 1978, punk rock was blowing up. Similarities to bands like the Clash are apparent, but Kadey is quick to point out other influences.

"We varied with reggae and rock as well," he adds.

He also points out there were other multiracial bands in South Africa at the time.

"Johnny Clegg played traditional Zulu music with an integrated band," Kadey says. "There were a couple of other mixed-race bands, but we were the only mixed-race punk band, and no one was playing music as radical or political as us."

The band lived together in the same house, which was illegal in 1970s South Africa, but according to Kadey, they never got in trouble. "They couldn't control everything. If someone complained, they could investigate."

The underground music scene mostly supported the band and their music, but National Wake's existence made venues nervous.

"They were terrified their liquor licenses could be taken away since it was illegal to mix the races. We just ignored the laws."

National Wake's profile grew, and so did the harassment. "Things got heavier," Kadey remembers. "The police interrogated us and threatened us."

Finally, in 1982, the band called it quits. "Gary was schizophrenic. Tension and stress upped the ante. I wasn't able to keep the band together," Kadey explains.

A few years later, Kadey moved to the U.S., where he continued to work in architecture. He hoped to raise his child in a less racist society but was disappointed by America's race relations. "America wasn't that different than South Africa when you took a look under the hood," he says.

Still, Kadey's been taken aback by National Wake's growing reputation in the decades that followed, which is destined to continue growing after the release of This Is National Wake.

"We were underground. We only had one album released," Kadey says. "But the last ten years, I've really been able to see how many people got into us."

This Is National Wake. Screening as part of the Miami Jewish Film Festival on 7 p.m. Monday, January 16, at O Cinema South Beach, 1130 Washington Ave., Miami Beach; miamijewishfilmfestival.com. Tickets cost $15.
KEEP MIAMI NEW TIMES FREE... Since we started Miami New Times, it has been defined as the free, independent voice of Miami, and we'd like to keep it that way. With local media under siege, it's more important than ever for us to rally support behind funding our local journalism. You can help by participating in our "I Support" program, allowing us to keep offering readers access to our incisive coverage of local news, food and culture with no paywalls.
Make a one-time donation today for as little as $1.