Madonna's Celebration Tour Will Stop in Miami in September UPDATED 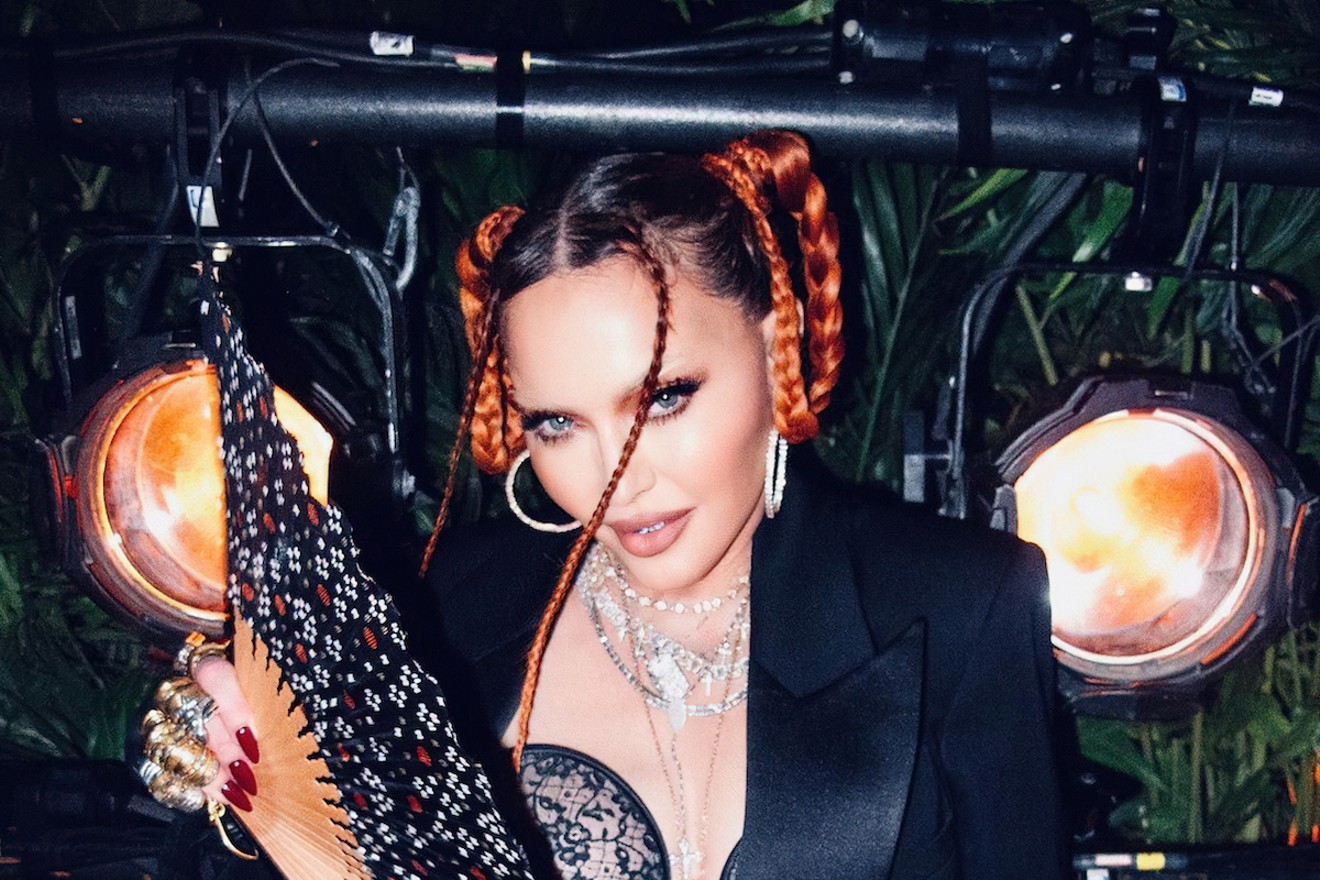 Madonna Photo by Ricardo Gomes
Update: A second Miami show has been added to the Celebration Tour. Madonna will also be performing on Sunday, September 10.

It used to be easy for Madonna to play a show in Miami. Once upon a time, the pop star and provocateur lived at the opulent nine-bedroom, nine-bathroom Tuscan villa located at 3029 Brickell Ave., down the street from Vizcaya. She could have simply taken a car to the Miami-Dade Arena (FKA FTX Arena), where her adoring fans would greet her this September when her retrospective Celebration Tour visits the 305.

Alas, this cannot be. That house was sold long ago, at the turn of the millennium, to a corporation pretending to be a very wealthy dog. No, seriously.

In 2000 the mansion was sold by Madge to Gunther VI, a German shepherd from a long line of German shepherds, all named Gunther, that had inherited a fortune from a German countess. Except it wasn't! Gunther is, in fact, an elaborate hoax. When the house went back on sale in 2021, it was revealed that the dog's existence was a publicity stunt used by an eccentric Italian entrepreneur and pharmaceutical heir, Mauricio Mian, to promote his real estate sales and other antics. That's according to a very embarrassed Associated Press, which reported on the story when it dropped.

What was I talking about? Oh, yes, Madonna is on tour.

The Celebration Tour, which will span Madonna's four-decade-long career, hits Miami-Dade Arena (or whatever it'll be called when the county gets a new sponsor that's not actively defrauding its customers) on Saturday, September 9, and Sunday, September 10, with supporting act Bob the Drag Queen. The tour also released an announcement video featuring a somewhat random group of celebrities (Diplo, Eric Andre, Jack Black, Lil Wayne) at a dinner party hosted by Madonna.

Here is the complete list of dates for the Celebration Tour:

Madonna: The Celebration Tour. With Bob the Drag Queen. 8:30 p.m. Saturday, September 9; and Sunday, September 10; at Miami-Dade Arena, 601 Biscayne Blvd., Miami; 786-777-1000; ftxarena.com. Tickets cost $40 to $520 via ticketmaster.com.
KEEP MIAMI NEW TIMES FREE... Since we started Miami New Times, it has been defined as the free, independent voice of Miami, and we'd like to keep it that way. With local media under siege, it's more important than ever for us to rally support behind funding our local journalism. You can help by participating in our "I Support" program, allowing us to keep offering readers access to our incisive coverage of local news, food and culture with no paywalls.
Make a one-time donation today for as little as $1.