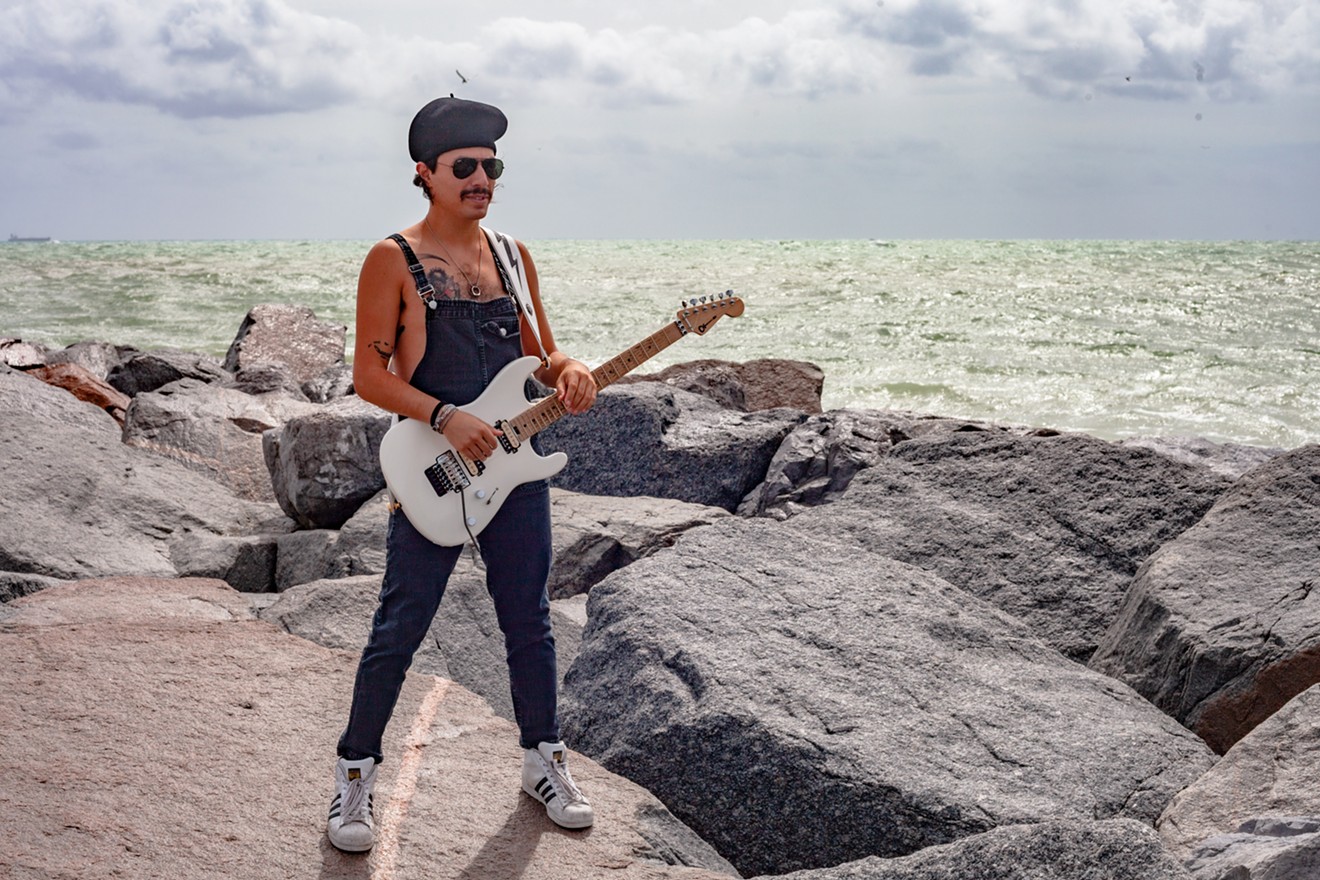 “It wasn’t a first-class city in the early 2000s, and no bands were making it out of here,” Katzman remembers. In an effort to pursue his musical ambitions, in 2011 the musician move to Boston, where he founded the independent label BUFU Records, which signed artists such as Japanther, Tall Juan, and Mannequin Pussy. He also toured with Guerilla Toss and White Fang.

But Katzman felt like he couldn’t make real bonds with people. After bouncing between cities such as New York and Los Angeles, he realized he needed to be where he felt comfortable.

“While I was thankful for the friends I had in those cities, I was never in my element,” he says. He felt an urge to go home. When his best friend, Kiko Casanova, told him of his plans to open a pressing plant in Miami, Katzman used it as a catalyst to return to the 305.

Looking back, Katzman says he was tired of “playing poker with people's careers” as a label head, and he wanted to get back to making his own music again. After moving back to Miami, he started the band Ben Katzman’s Degreaser. “Me and Kiko just got supercreative," he says. "We started writing new songs and making new friendships, and it just felt so much more fun and honest than the extreme networking I was doing before.”

Fast-forward a couple of years and, with Miami as his base, the frontman has been touring extensively with Degreaser and released the Colleen Green-produced full length, Quarter Life Crisis. Now he's released the doom anthem "Florida Man," an ode to the face-eating dark side of the Sunshine State.

The song materialized while the guitarist was on tour with Volcom, the surf/lifestyle brand that had asked him to perform at its surf competitions and other events along the coast. One day, while he was setting up, it occurred to him just how "Florida" they were all being: “We had been drinking Pacifico all day, going swimming in the early hours, and at some point, I just belted out ‘Florida Man!’” The improvised tune made it onto Volcom’s Instagram page and quickly became a hit: For the rest of the tour, the band fielded requests to play the not yet fully realized song.

“Once we recorded the track, I knew we couldn’t not have a video,” he says. Having lost his first-choice videographer to a busy schedule, Katzman came up with an impeccably executed Plan B, shot and edited entirely on his iPhone for a total budget of $50. “I went to Publix, got some Beyond ground beef, vegan sausages, a giant can of tomato paste, and went to the beach in Surfside and was like, That's it. We’re going to make our own Peter Jackson movie.”

Depicting Katzman cannibalizing his friend and bassist Max Trullenque in an otherwise serene beachfront park, the forthcoming video references the face-eating attack that put Florida in the international spotlight a few years ago. Katzman sings, “Florida Man walking down the street/Florida Man — your face he will eat.”

The slow, doom-laden chords mark a slight departure from the band's typically high-energy pop-punk sound. “Degreaser is kind of like a diary entry,” Katzman explains. “While I do like going to restaurants and having the same meal all the time, I don't like expressing myself with one meal, if you know what I mean. If I want to play metal, I will.”

Katzman says he's become more comfortable with the laissez-faire attitude that allows silly tracks such as "Florida Man" to come to fruition. “I used to be a control freak, and I used to try to make my life like a story I’m writing," he says. "But the world operates in the same way a party does: You have to go in with no expectations. If you just allow yourself to have a good time, people will come your way.”

Listen to "Florida Man" below and catch a live set by Ben Katzman's Degreaser when the band opens for Juan Wauters at Las Rosas Friday, October 18.

Ben Katzman's DeGreaser. With Juan Wauters. 10 p.m. Friday, October 18, at Las Rosas, 2898 NW Seventh Ave., Miami; lasrosasbar.com. Admission is free.
KEEP MIAMI NEW TIMES FREE... Since we started Miami New Times, it has been defined as the free, independent voice of Miami, and we'd like to keep it that way. With local media under siege, it's more important than ever for us to rally support behind funding our local journalism. You can help by participating in our "I Support" program, allowing us to keep offering readers access to our incisive coverage of local news, food and culture with no paywalls.
Make a one-time donation today for as little as $1.