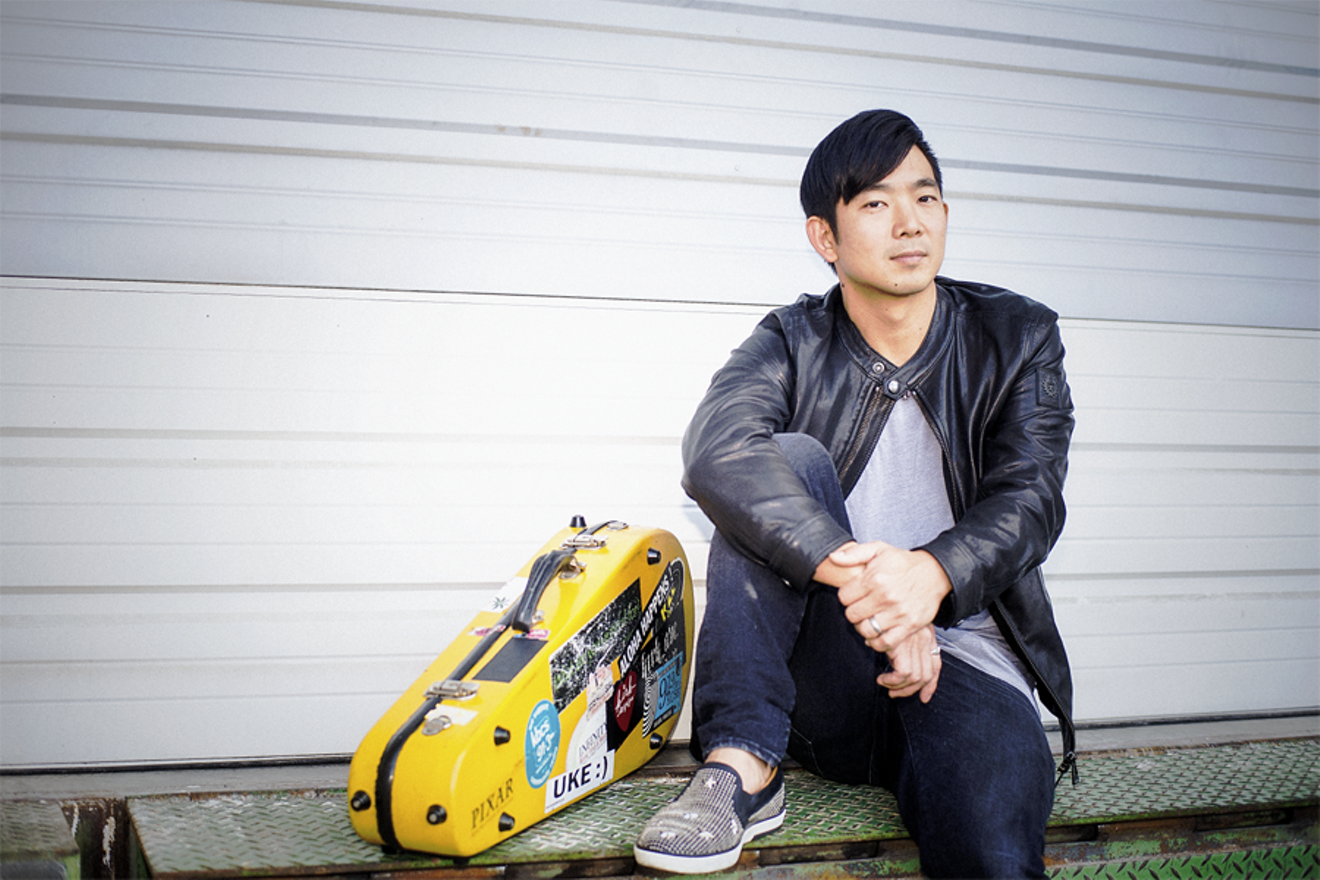 Ukulele master Jake Shimabukuro. Courtesy photo
Jake Shimabukuro's fingers run up and down a ukulele's tiny, two-octave fretboard as nimbly as any rock guitarist's. But he stays true to the song.

Indeed, much of Shimabukuro's success over the years has been tied to his spot-on renditions of famous rock and pop tunes. (He shot to fame more than a decade ago thanks to his cover of the Beatles' "While My Guitar Gently Weeps," one of the first viral videos on YouTube.) And some songs have been extremely tricky to translate to ukulele. He struggled, for example, to arrange Queen's "Bohemian Rhapsody."

"Finding the right key where all of the key changes and different parts would work dynamically, and getting the right timbre and tone color for each section, that was a real challenge," he says. "But it was just so much fun. I love when I'm working on a piece and I have no idea how I'm going to approach it. Through trial and error and sheer stubbornness, you just kind of get through it one note at a time."

The Hawaii-based Shimabukuro is at the outset of an extensive national tour — including a date at the Adrienne Arsht Center this Friday, February 16 — to promote his forthcoming album, The Greatest Day. At this point in his career, he's very familiar with the touring grind. On average, he plays between 110 and 130 shows a year, which inevitably results in some wear-and-tear on his hands.

"When we have a lot of back-to-back shows, sometimes my fingertips get a little raw," he says. "You really want to dig in and give it your all, so there are times when the fingers get tender, but when you start playing, the adrenaline kicks in and you feel no pain."
Shimabukuro's last album, Nashville Sessions, was his first collection of all-original songs. The Greatest Day is about half originals and half covers, and the track list includes Jimi Hendrix's "If 6 Was 9," the Beatles' “Eleanor Rigby,” the Zombies’ “Time of the Season," and an island-reggae version of Ed Sheeran's "Shape of You."

"On Nashville Sessions, we went in the studio and just kind of jammed," he says. "On this one, we tried to take that same feeling but tried to arrange the tunes more, be a little more concise, and be a little bit more open to having other types of instruments. We brought in all kinds of instruments — everything from marimbas to auto harps, horns, and strings and all kinds of stuff."

Of course, Shimabukuro's first love is the ukulele. He likes to tell kids who come to his shows to "find a passion and pour your heart into it" — because that's what he did.

"I picked up the ukulele when I was 4 years old," he says. "I just fell in love with it and I never had any desire to do anything else. It's been a really scary obsession with the instrument to this day."