Chan Marshall and the "Power" of Words 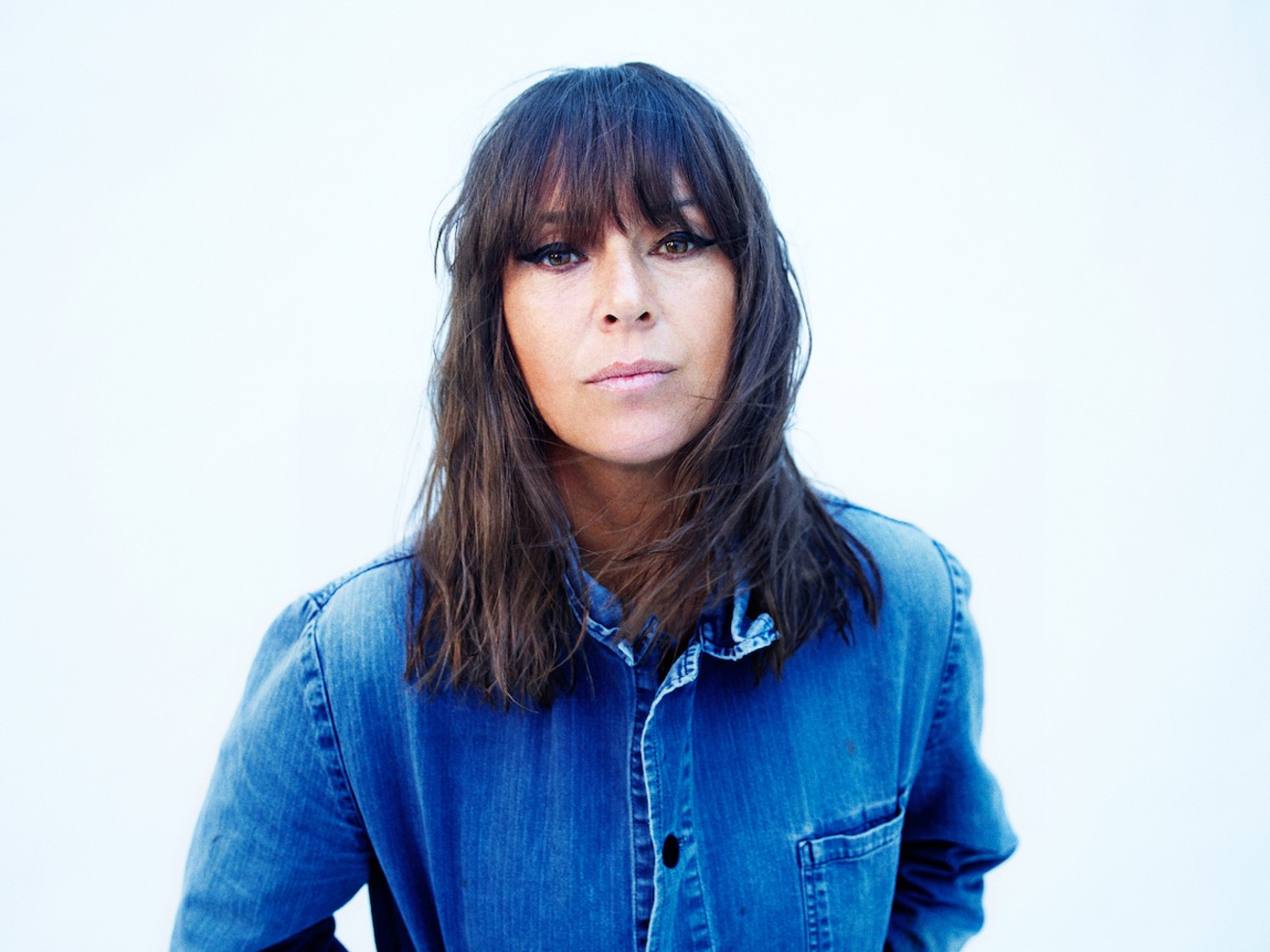 Cat Power is figuring out what it means to be an artist in these tumultuous times. Photo by Mario Sorrenti
It's​ 11:30 on a Saturday morning, and I'm waiting at Soho Beach House for Chan Marshall, who is running late. The August air is thick, and the time feels like it's going by very slowly while I sit at the outside bar.

Finally, Chan arrives looking comfortable in a white linen shirt and ripped jeans. Because this is her first time meeting me, she asks a few women sitting alone if they are the reporter she's there to meet. Once she finds the right person, she apologizes for being 30 minutes late. She just got back into town and myriad last-minute hiccups have jumbled her morning plans. Her voice is soft and friendly,​ and there is true intention behind every word she says. She makes herself at home in a corner of the bar. It's a place where she can smoke freely. ​​ ​ ​

Sipping on Campari, the conversation gets started.​ Talking with Marshall is like talking to a childhood friend who’s been through a lot but turns dark experiences into learning moments and​ is willing to share her findings with the world.

The last time New Times spoke with the singer-songwriter back in January 2020, the world was in what now feels like another dimension of the multiverse. It was a time before the dawn of a shape-shifting pandemic, a war in Ukraine, and the national undoing of abortion rights.

These days, the outspoken Marshall — better known by her stage name Cat Power — is reflecting on the role of artists in tumultuous times. Marshall, who has released 11 albums to date and cultivated a cult following of indie- and folk-rock fans all around the world, leverages her reach to talk about social and political matters that deserve attention.

"It's our responsibility as artists," she says, quoting Patti Smith.

Back in London in 2005, when Marshall was asked to play piano with the Horses icon, Smith picked her up from the hotel, and they had a long conversation on the way to rehearsal.

"Imagine if John Lennon was working at a bank and didn't write 'Imagine,'" Chan continues, as she also makes references to Nina Simone and Bob Dylan, or "God Dylan" as she likes to call him. "I think compassion, love, intelligence, and creative thinking are nutrients that we need to survive as a cognitively relevant person today."

Marshall not only takes her cues from her icons when it comes to social justice, but these figures continue to serve as inspiration for her craft. In January, she released Covers, her third album of cover songs, and the record she will be performing for audiences on Tuesday, September 20, when she opens for Jack White at the James L. Knight Center.

When Marshall covers a song, she reimagines it and makes it her own, with new melodies, arrangements, and, sometimes, even altered lyrics. On Covers, she pays homage to a wide range of artists, from Billie Holliday to Iggy Pop and Nick Cave to Dead Man's Bones, Ryan Gosling's band.

"I did really identify with it, and that's the power of communication and creative thinking in general," she says.

In 1996, while still living in New York City, Marshall had a psycho-spiritual experience that triggered her decision to move out of Babylon, what she calls NYC.

"One night, I was at a friend's apartment on Bowery, and I felt something crazy around me, and I said, 'I gotta go. I gotta go,'" she says.

She ran out of the apartment in an effort to get away from the dark energy, stopped a cab, and jumped in. As she describes the atmosphere, one can almost see the facial expressions of the man behind the wheel. She asked the taxi driver if he was from West Africa, and he answered, stunned, "How do you know?" Chan instructed him to drive out of there as fast as possible, telling him to take any street he wanted and keep the meter running. "When I heard lyrics [of "Bad Religion"] many years later, I was frozen," she shares. She felt as if Ocean's song described almost that exact situation as if he had borne witness to what had happened that night.
Marshall wasn't planning on recording a third album of covers when she and her band stepped into the studio. The sessions began as a sort of exercise to break the ice with a few band members who had never officially recorded on a Cat Power record before. They ran through Bob Seger's classic "Against the Wind," Nick Cave's "I Had a Dream, Joe," and Iggy Pop's "Endless Sea." All three covers wound up on Cat Power's latest studio album. Asked what it takes for a song to make it onto one of her cover projects, she says, "If it doesn't move me, if I don't feel close to it, if it doesn't, you know, feel like it's in some kind of portal, then I don't like it."

One particularly intriguing selection is "Unhate," on which the singer-songwriter revisits her own song "Hate" from her 2006 album, The Greatest. It takes a lot of courage to rework a track where the repeating mantra is "I hate myself and I want to die." On Covers, Marshall takes it all back. She says a combination of polarizing factors made her change her mind. There is nothing as strong as a new life to overpower the desire for death, and nothing more eye-opening than facing developing countries' misery. In 2014, she visited South Africa while on tour.

"I saw a lot of things — sociopolitical, racial horror — there," she remembers. "I got up there and was playing, and I was like, How can I sing these lyrics? You know? So I changed the lyrics. I do not hate myself, and I do not wanna die."

When she got back to the U.S., Marshall learned she was pregnant. She still had five months of touring ahead of her, and she'd need to perform the song many more times on stage.

"Then I knew I was pregnant, and I was like, Oh, hell no, I'm not gonna say those words." Marshall's change of heart is reflected not only in the lyrics but also in the melody of "Unhate," which sounds strong and full of life.

Marshall has been living in Miami for the past 20 years, moving down from New York City to prioritize her quality of life. She can see beyond the food, art, and music festivals, boat shows, and nightclubs of South Florida.

"[Miami] still has wildlife and nature. That connection with nature is vital, I think, for me as well. And that's something that Miami has always given me. So it's probably very much a part of every record that I've done the past 20 years."

When she opens for Jack White, it will be Cat Power's first time performing in her adopted hometown since January 2020. She previously has covered several White Stripes songs, including "Dead Leaves and the Dirty Ground" and "I Want to Be the Boy to Warm your Mother's Heart."

"I just went to Nashville and went to Third Man [Records, Jack White's vinyl-forward record label] with my son. My son loves the White Stripes," she adds.

If there is one main takeaway from New Times' conversation, it's that Marshall is a music fan. She's even slated to recreate Bob Dylan's legendary 1966 show at the Royal Albert Hall this November. "I'm terrified," she says. But that spontaneity, combined with her ethereal, soulful voice, makes her a true artist.

Cat Power. With Jack White. 8 p.m. Tuesday, September 20, at James L. Knight Center, 400 SE Second Ave., Miami; 305-416-5970; jlkc.com. Tickets cost $33 to $83 via ticketmaster.com.
KEEP MIAMI NEW TIMES FREE... Since we started Miami New Times, it has been defined as the free, independent voice of Miami, and we'd like to keep it that way. With local media under siege, it's more important than ever for us to rally support behind funding our local journalism. You can help by participating in our "I Support" program, allowing us to keep offering readers access to our incisive coverage of local news, food and culture with no paywalls.
Make a one-time donation today for as little as $1.

Flor Frances is an Argentine journalist and marketer based in Miami. She has her own publication, Too Much Love; and a marketing agency, Raygun Agency.
Follow:
Twitter: @florfrances