You Might Feel Like Dancing After Seeing The Bee Gees: How Can You Mend a Broken Heart 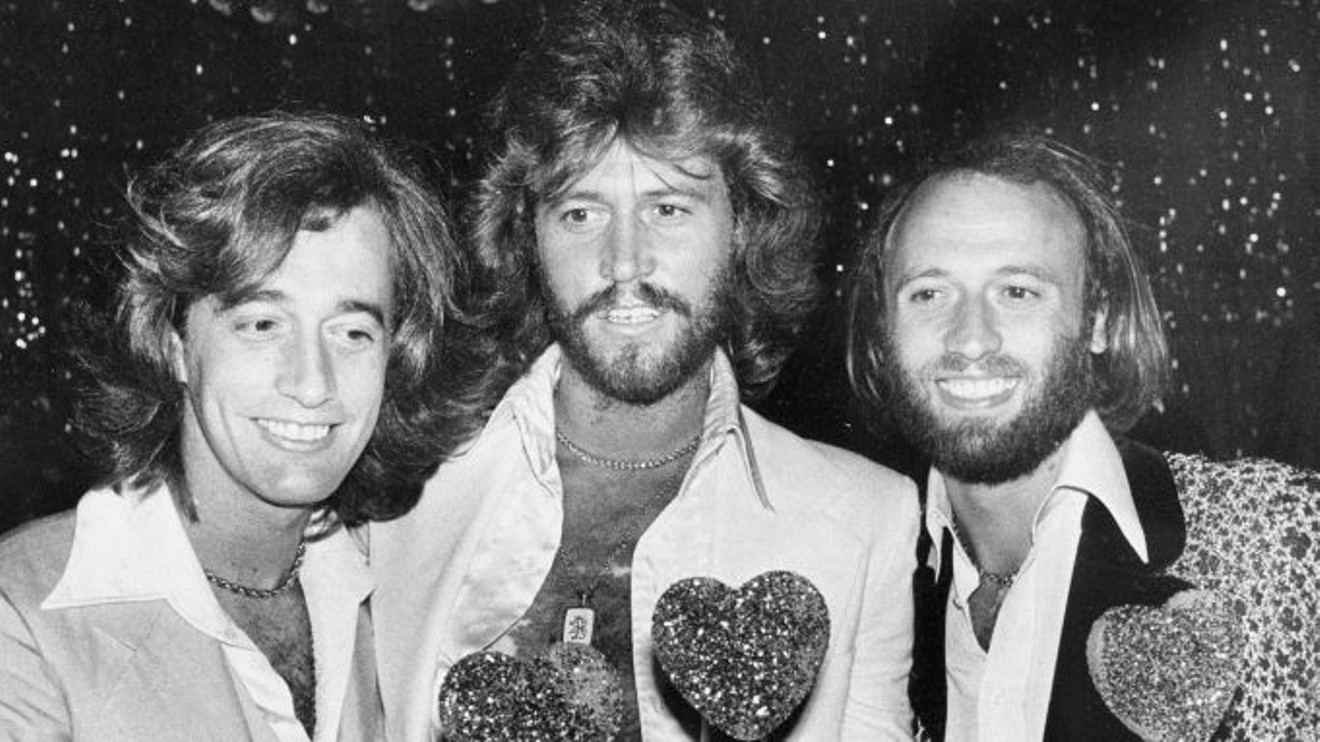 The Bee Gees Photo courtesy of HBO/Lennox McClendon/AP/Shutterstock
Amid our splintered pop-cultural moment, it's hard to fathom how big the Bee Gees were. The band, formed all the way back in 1958 by brothers Barry, Robin, and Maurice Gibb, owned the 1970s in a way that seems inconceivable today. Not only did the Gibbs sell 120 million records and release nine chart-topping singles, but they also became the poster boys for the disco genre.

A new documentary, The Bee Gees: How Can You Mend a Broken Heart, aims to convey the trio's massive impact — including its musical influence, which persists in the present day. The film will have its premiere tomorrow, October 8, at the Dezerland Park Drive-In, where, from the comfort of your car, you can experience the rise of and backlash toward one of the most popular musical acts of the 20th Century.

The drive-in screening — which kicks off the Miami Film Festival's fall presentation, Gems — is coincidentally located one block from Criteria Studios, where the Bee Gees laid down many of their hits, from "Jive Talkin'" to "Nights on Broadway."

As one might expect, the city the Bee Gees called home beginning in 1975 plays a strong supporting role in How Can You Mend a Broken Heart.

"Eric Clapton suggested they come to Miami, where the sunshine helped their creative evolution," says Jeanne Elfant Festa, the film's coproducer. "We were able to include all this beautiful footage of Miami from the keyboardist's Super 8 camera."

"They were young guys. They came to Miami not just to make music, but to have fun," adds writer and coproducer Mark Monroe. "The dance music in Miami, the different communities — all of that are part of the ingredients of the music that came."

The Bee Gees famously showed off their new adopted home in the promo video for "Night Fever," which topped the Billboard Hot 100 in 1978. In the video, cars are driving down Collins Avenue with the brothers superimposed over a neon-lit Sunny Isles Beach doing its best Vegas imitation. The long-gone beachside motels and delicatessens never looked more glamorous than when soundtracked to the disco classic.
But the filmmakers say their documentary goes far deeper than the familiar setting.

"We show how they pioneered the drum loop and the synthesizer," Elfant Festa says by way of example. "There's a scene where you can hear the evolution of the recording of the song 'Nights on Broadway.'"

She says it wasn't hard to persuade some of today's biggest musical acts to speak about the Gibbs' influence.

"We interviewed Nick Jonas, Mark Ronson, and Chris Martin from Coldplay. They all jumped to talk about how the Bee Gees influenced them," Elfant Festa tells New Times. "After we already locked the picture, we showed it to Taylor Hawkins, the drummer of the Foo Fighters. He was asking us if it wasn't too late to interview him. He loved the Bee Gees."

The film also takes a serious look at the backlash to the band and the disco genre, culminating in 1979 when Chicago shock jock Steve Dahl staged the infamous Disco Demolition Night at the home of the White Sox, Comiskey Park. Though the Bee Gees are straight cis white men, How Can You Mend a Broken Heart posits that much of the resentment had its roots in bigotry.

"They became targets because of their success," Monroe argues. "The Bee Gees were influenced by the R&B and dance music of minority groups — the discotheques were where Blacks, Latinos, and gays went to dance. There were a lot of people who wanted no part in that. Disco was a target, but I think it had as much to do with opening up of cultures in mainstream music."

Still, How Can You Mend a Broken Heart is more musical celebration than societal analysis. It's one that Elfant Festa claims might not be safe for these times of social distancing.

"It's going to be hard for people to stay in their cars," she says, "because they're going to want to dance."

The Bee Gees: How Can You Mend a Broken Heart. 7:30 pm, Thursday, October 8,  at Dezerland Park Drive-In, 14401 NE 19th Ave., North Miami. Tickets cost $50 per car via miamifilmfestival.com.
KEEP MIAMI NEW TIMES FREE... Since we started Miami New Times, it has been defined as the free, independent voice of Miami, and we'd like to keep it that way. With local media under siege, it's more important than ever for us to rally support behind funding our local journalism. You can help by participating in our "I Support" program, allowing us to keep offering readers access to our incisive coverage of local news, food and culture with no paywalls.
Make a one-time donation today for as little as $1.