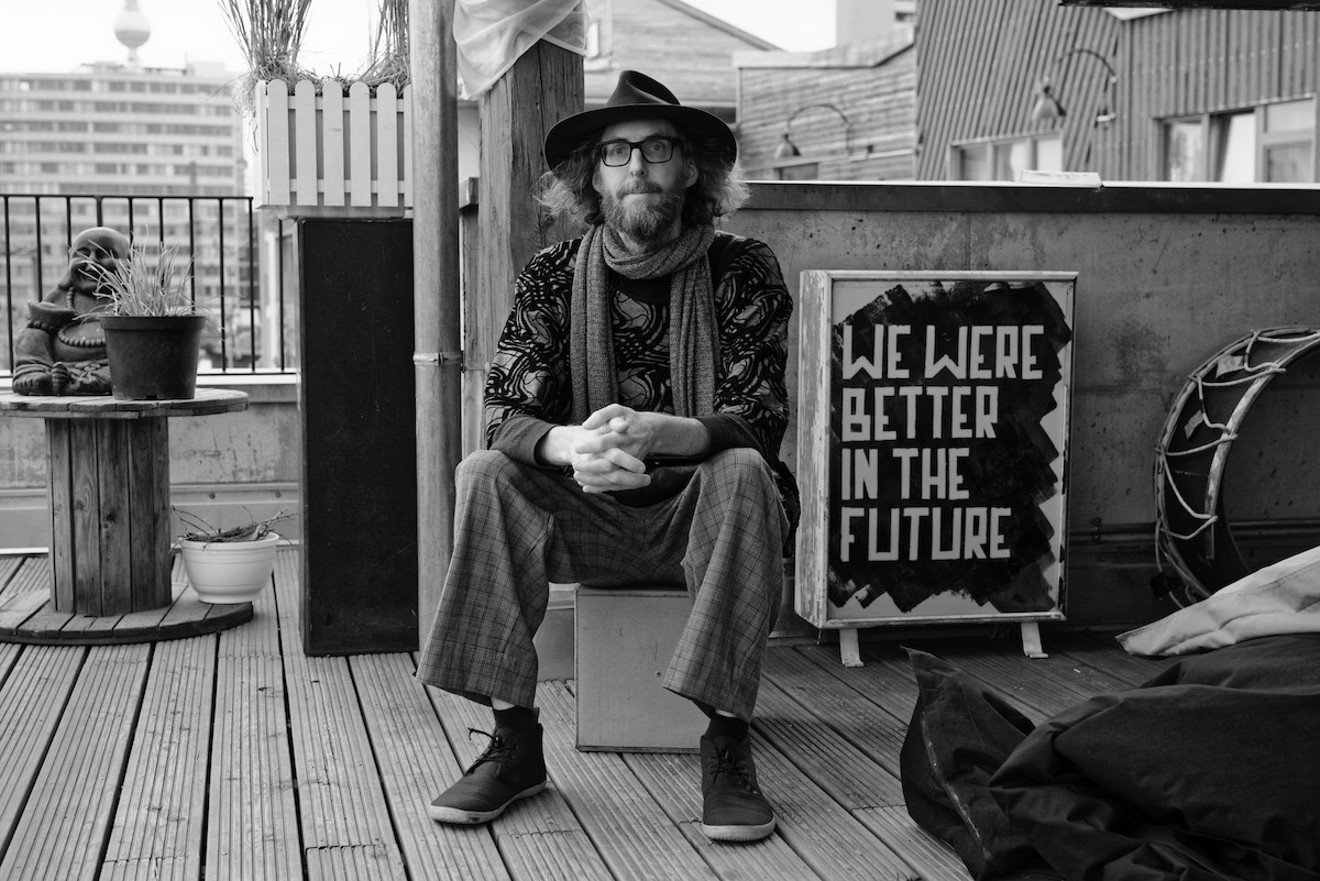 Acid Pauli Photo by Neal McQueen
From the Burning Man playas to the Magic City, the unspoiled sound of Acid Pauli (AKA Martin Gretschmann) rings eternal — with a name like Acid Pauli, it comes with the terrain. For nearly 30 years, Gretschmann has been serenading crowds far and wide with a sound entirely his own.

Few DJs can warm up a set with delicate harmonies, play heady rhythms, and sprinkle in some Johnny Cash or Cuco Sánchez for good measure, all while keeping the crowd's attention.

"I used to try copying other artists or music, but as I didn't have a real musical education, I was unable to copy what I heard," Gretschmann admits. "Luckily, I'd say this led to my own style."

Born in Bavaria, Gretschmann began his career playing bass in a punk band. In the '80s, he discovered electronic music, and in 1995, he spawned his first alias, Console. The project consisted of little more than an Atari computer, a four-track tape machine, a sampler, and a small synthesizer. But that didn't stop Gretschmann from producing his first album, 1996's Pan or Ama. Even back then, he was sharpening the bohemian style he'd become known for the world over.

As Acid Pauli, Gretschmann's music falls somewhere between planting basil on your windowsill or breaking into a dancing frenzy. It's delicate and floats in the ether before being brought back with long drawn out kicks and slithering bassline.

"All of the tracks have been recorded from my modular synth, and most of the tracks were recorded live," Gretschmann explains. "I set up a new patch on the modular, and then I would record, sometimes more than ten different versions. Later on, I relistened to the recordings and chose one, or I edited two versions into one."

Back in the 1990s, Gretschmann could have easily followed the lead of the German techno's forefathers and stick to the fast, ironclad techno that was sweeping the world.

"I like movement, but I don't like aggression or harshness anymore," he admits. "That's why [my music] is somewhere between ambient and techno."

"It was a very good friend of mine who shouted 'Acciiiiidd Pauliiii' at a small illegal party in Munich, some 20 years ago," he recalls. "I was playing with a laptop only. The software was Rebirth, which emulates the acid machines: Roland TB-303, TR909, and 808. Everything you did with this software sounded like acid house. The nickname Paul was given to me by some schoolmates."

"I always loved this period in which the series takes part, especially the music and how it sounded back then," he says. "I have to admit, I had quite a struggle with the chorus at some point, but in the end, I was happy with the remix."

Gretchmann has also kept busy making music out of 19th-century transcendentalism while working on a radio art project making music using the German translation of Henry David Thoreau's Walden. The project totals over 16 hours and attempts to answer Thoreau's 150-year-old question: How should and will I live?

"I did a few mixes and learned a new software," Gretchmann says. "I have just been taking some time off, which was a very good thing to do. I realized that I want to adjust certain things in my life, so I am looking forward to some changes and new directions in the future."

As Acid Pauli, Gretchmann is no stranger to Miami partygoers. In fact, the now-closed Electric Pickle holds a special place in his heart.

"The first time I came to play in Miami was in 2012," he recalls. "I played the Electric Pickle, and I remember having a similar feeling there as I used to have in Berlin clubs. I really fell in love with the Pickle and its people, and love is probably the best influence for whatever there is."

Gretschmann is scheduled to make his III Points debut next year. So how's it going to feel to get behind the decks once again?

"Please ask this question again, after it happens," Gretschmann responds. "But I hope it's gonna feel good."
KEEP MIAMI NEW TIMES FREE... Since we started Miami New Times, it has been defined as the free, independent voice of Miami, and we'd like to keep it that way. With local media under siege, it's more important than ever for us to rally support behind funding our local journalism. You can help by participating in our "I Support" program, allowing us to keep offering readers access to our incisive coverage of local news, food and culture with no paywalls.
Make a one-time donation today for as little as $1.