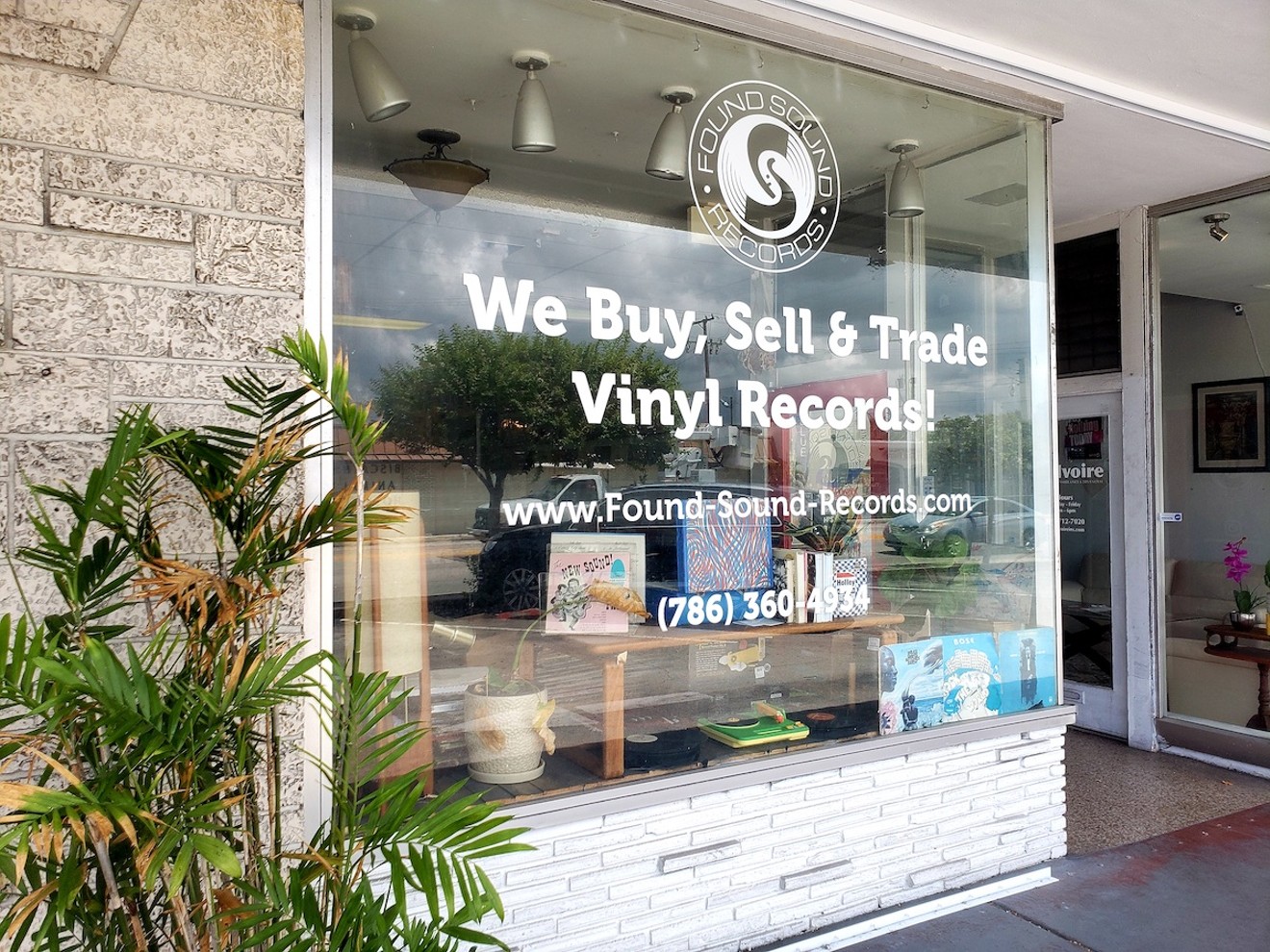 Found Sound Records sells used vinyl in North Miami. Photo by Rafael Pichardo
If you were going to pick any year to be operating a new brick-and-mortar retail store, 2020 probably wouldn't be it.

But Rafael "Ralph" Pichardo finds his shop, Found Sound Records, thriving since it opened almost exactly one year ago.

"Records are a niche," he explains from behind the counter of his North Miami store. "I'm sure a lot of people have struggled, but I haven't. People are spending so much time at home; they're buying more music. What else is there for people to do?"

Found Sound, this year's Best of Miami pick for Best Record Store, is located in an anonymous strip mall on Northeast 123rd Street, among an antique shop and an accountant's office. It is a well-organized mecca of close to 8,000 vinyl records. The walls are lined with the more expensive selections, including a rare pressing of Wilco's Yankee Hotel Foxtrot priced at a hundred bucks.

The records in top condition are at hand-level bins in alphabetical order, arranged by genres. Down below, hunters can search among the $2 records for a bargain. That's where you might stumble upon a copy of Jefferson Airplane's Surrealistic Pillow in good condition, marred only — or some would say enhanced in charm — by the autograph of the record's previous owner, Debbie Schwartz.

Pichardo isn't new to the record-collecting game. The Perrine native started hunting down records in the '90s, searching for the perfect beat.

"I wasn't trying to get an audience. I was just making beats just to make them," he says. "I started collecting soul, funk, and jazz. I'd go up to Blue Note Records in North Miami or Kelly's Klassics in Fort Lauderdale." 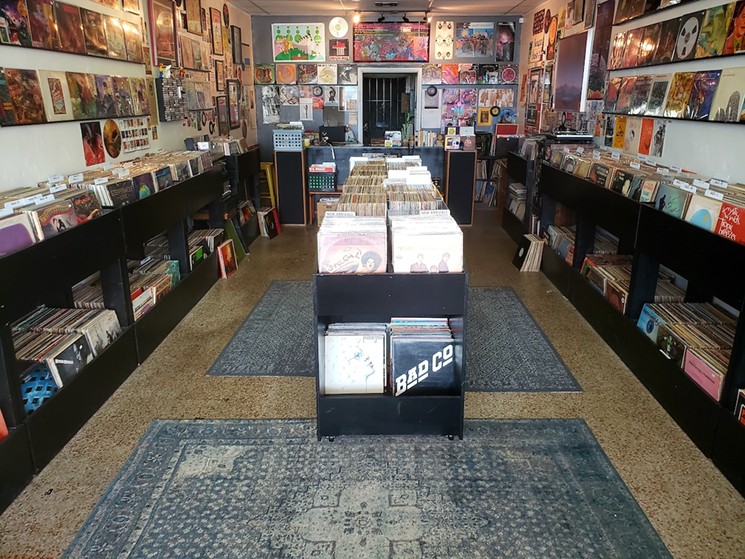 Photo by Rafael Pichardo
As he worked in audio post-production for HBO Latin America and did some sound engineering, his record collection grew to a point where it got to be too much. Through personal experience, he learned he wasn't a fan of what's become the norm of 21st-century commerce.

"I hate selling records online," he admits. "I don't like dealing with messages. I'd much rather interact with people."

He says Found Sound Records is a labor of love.

"Collecting and dealing records for 20 years, I got too many. Objects don't hold a sentimental value for me. I'm a big fan of music. Records are just the medium I listen to it on. So I try to provide a service and be culturally significant too," he says.

Part of that bid for cultural significance is the podcast Pichardo cohosts with DJ Kems very Saturday afternoon from the store, Above the Clouds Radio. Over the course of 220 episodes, the pair has turned listeners on to found sounds they might have never heard before. Nearly all of the music comes from vinyl that's available for sale at Found Sound.

Aside from a handful of random CDs and cassettes, 95 percent of Found Sounds merchandise consists of used vinyl records.

"I keep a small selection of new records, mostly jazz or underground, and some classic reissues by artists like Funkadelic or Big Star," Pichardo explains. "There are some rare records that people won't want to pay $300 for, so I try to get the new reissues where they can buy them for $30 instead."

The quest is to have a record on hand for anyone who walks through the door.

"I want to provide a space that caters to everyone from Barbra Streisand fans to trop-rock fans. It's a nice feeling when someone finds what they're looking for," Pichardo says.

Found Sound Records. 1654 NE 123rd St., North Miami; 786-360-4934; found-sound-records.com.
KEEP MIAMI NEW TIMES FREE... Since we started Miami New Times, it has been defined as the free, independent voice of Miami, and we'd like to keep it that way. With local media under siege, it's more important than ever for us to rally support behind funding our local journalism. You can help by participating in our "I Support" program, allowing us to keep offering readers access to our incisive coverage of local news, food and culture with no paywalls.
Make a one-time donation today for as little as $1.