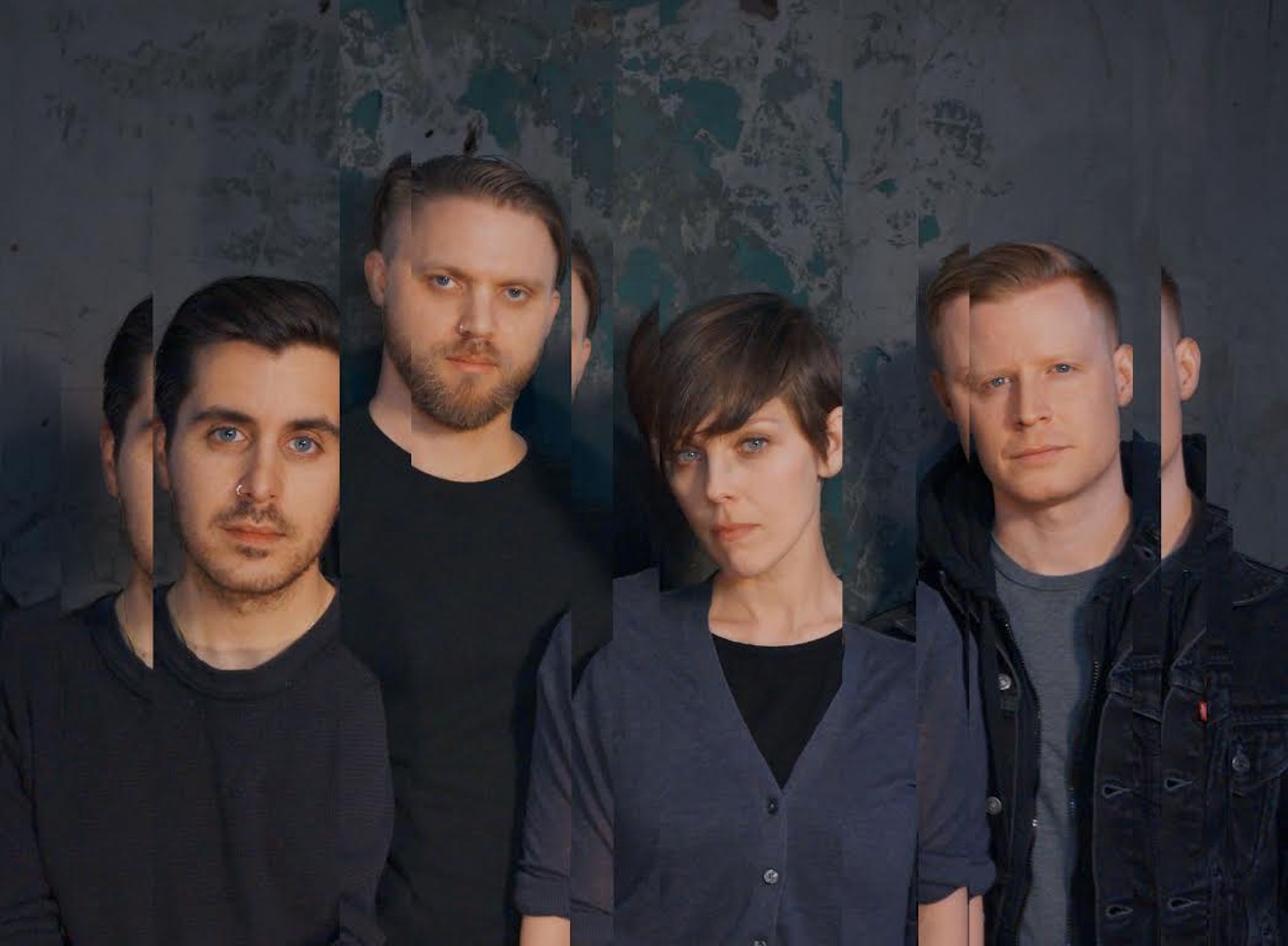 Bound Courtesy photo
The Washington, D.C.-based group Bound, which is set to perform at Gramps August 22, shares thoughts on life’s tragedies and heartbreaks to give a self-reflecting and emotional experience through music.

Bound guitarist and lead vocalist Bryan Buchanan and drummer Dan Richardson bonded at a potluck dinner when they discussed working on a project together. Their bassist, Kotu Bajaj, was also present. They agreed on one aim: Their band would be an outlet for all of the sad things they’ve experienced in life. "I think we're all happy people for the most part in our lives," Buchanan says. “But the idea of the band was to have a vessel to contain feelings about trauma, childhood stuff, relationship stuff, deaths of friends and family members. We decided that we didn't want to go the kind of traditional route of, of playing some shows and kind of testing how the audiences reacted to what we were playing.”

To make their first project, No Beyond, he explains, "We decided we would go into hiding, almost like a hibernation. We kept it pretty well under wraps and wrote the whole album over the course of just about nine months.”

Adds Richardson: “We didn't have any outside influences causing the band to evolve before we recorded... We really didn't want anyone else to influence what we were doing.”

With the tour, which begins August 18, they hope to continue to mature their sound. Though they know it's important to gain more fans, Buchanan knows the right audience will come along. “I would love for people to be interested in what we're doing, but I think that the only way to produce any kind of art with any sort of integrity is to do exactly what you want to do. If you do that, there's going to be an audience... because you speak to something in their lives."

The band is looking forward to seeing crowds' reactions to songs such as “Pillars” and “Sow the Salt” played live. Buchanan explains, “We switch up the order, so the transitions are reimagined a little bit, and it's very intentional. We want to create that sort of immersive experience. Our set is, from start to finish, one unbroken piece of music. It's unbroken sound.”
Bajaj, a Miami native, expresses excitement over returning home after relocating to D.C. two years ago. “It's a homecoming for me. Being able to see people that I haven't seen in a long time and show them what I've been up to creatively up here will be really fun. I'm really excited to possibly stop off and get some beans and rice from any of my favorite Cuban haunts.”

Keyboardist and vocalist Trish Harris similar feelings about her native Atlanta. “The places where we come from are a part of us no matter where we end up," she says.

Expressing his excitement to stop by Technique Records to visit the store's owner, Mikey Ramirez, Bajaj mentions the region's influence on him artistically. “South Florida is like another country, and I feel like, growing up, I was always surrounded by people from different places. I don't think I necessarily appreciated it, but now, as an adult, I look back at all the different art, music, and literature that my friends and family were exposing me to. Growing up in an Indian household, Bollywood was an influence for me. Mikey Ramirez, he introduced me to a lot of [weird] dub and reggae stuff. He insisted that I buy this record, King Tubby Meets the Uptown Rockers.”

Being OK with being the “weirdo” and having divergent tastes in music and the arts has helped propel Bajaj’s musical talents. “I think I like doing what I do and not caring what anyone thinks," he says. "It’s a very South Florida thing.”

Correction: The name of Bound's album and a song title have been corrected in this story.
KEEP MIAMI NEW TIMES FREE... Since we started Miami New Times, it has been defined as the free, independent voice of Miami, and we'd like to keep it that way. With local media under siege, it's more important than ever for us to rally support behind funding our local journalism. You can help by participating in our "I Support" program, allowing us to keep offering readers access to our incisive coverage of local news, food and culture with no paywalls.
Make a one-time donation today for as little as $1.