Here's What Legal Recreational Weed in Florida Will Look Like 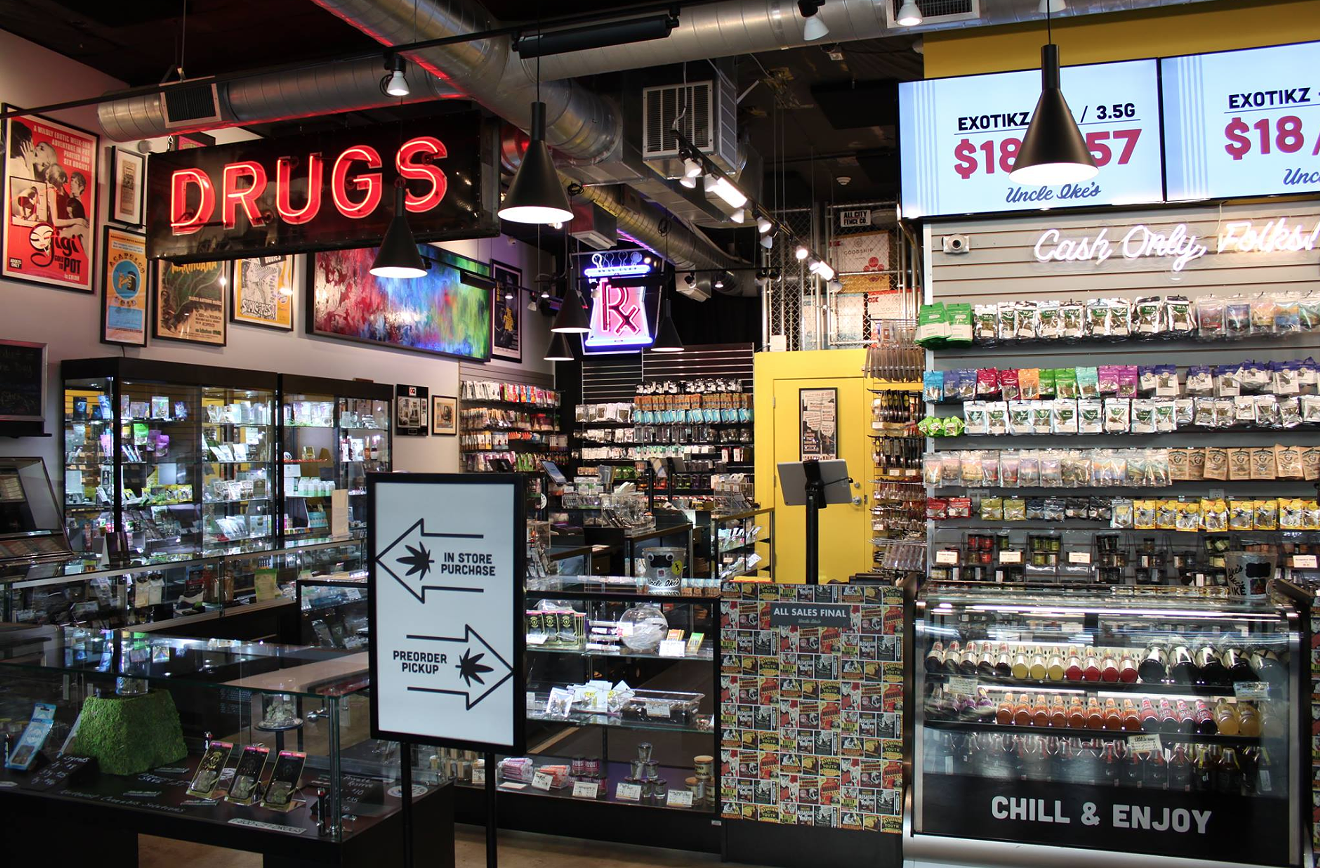 Uncle Ike's Pot Shop in Seattle, WA. Courtesy of Uncle Ike's Pot Shop
Florida is closer than ever to legalizing recreational, adult-use marijuana. That's according to State Sen. Randolph Bracy and State Rep. Michael Grieco, who have introduced new measures aimed at placing the legalization of recreational pot in voters' hands in the November 2020 general election.

Though recreational weed probably won't be approved during this legislative session, which kicked off earlier this month, Gov. Ron DeSantis has signaled he's ready to lift the state's ban on smokable medical pot. (And the state Senate last week approved the idea.) Bracy and Grieco believe their measures will at the very least serve as “message bills” meant to spark interest.

It's not too soon to start imagining what a legal, adult-use marijuana program might look like in Florida. Michigan became the tenth state to legalize recreational marijuana during last year's midterm elections, and medical marijuana is now allowed in 33 states. New Times spoke with pot entrepreneurs across the United States, who are either embarking on recreational ventures or already well established, to get a better idea of what could be in store. Here are the biggest takeaways:

Medical pot won't go anywhere. "There has not been a single state so far that has not built their adult-use infrastructure on an existing medical marijuana program," says Randy Maslow, cofounder president of , which owns and operates three GrowHealthy medical dispensaries in Florida and manages adult-use ventures in Colorado and Massachusetts.

Launched in 2016, Florida's medical marijuana program has grown to encompass more than 80 dispensaries and over 2,000 licensed physicians for the state's nearly 200,000 active, registered patients. A recreational marijuana program wouldn't replace the existing medical one. Instead, existing medical license owners will likely be grandfathered into a recreational program, Maslow says. This will allow tax revenue to begin flowing in as quickly as possible. "Compliance is a huge part of this business, and it takes to understand that." Uncle Ike's Pot Shop in Seattle, WA.
Courtesy of Uncle Ike's Pot Shop
The customer experience will change. "When medical was more widespread, it was a little more apparent that it was tailored for patients rather than the general population," says Sean Martin, manager of Uncle Ike's Glass and Goods Growers in Seattle, where recreational marijuana has been legal since 2012. "Now recreational shops have a very lax and open feel. A lot of them try to appear upscale and modern to brush off a lot of the stigma that some people still place on weed."

In medical-only dispensaries, private patient consultation areas, and the ability to reserve inventory are crucial. But with recreational pot, customers could switch if one kind were sold out. Dispensaries would cater to both types of customers, with separate areas and registers for each.

There will be "budtenders," knowledgeable staffers to answer questions about a product's effects, terpene levels, CBD-to-THC ratios, etc. "Even adult-use customers like information," Maslow says. Photo by Alex Person on Unsplash
There will be more product options. Although the sale of flower is still illegal in Florida, you can assume that won't be the case once recreational use is legalized. "If you go to adult use, you can expect flower sales will become a very important part," says Maslow, estimating that smokable stuff accounts for 50 percent of recreational sales, while edibles account for 10 to 15 percent.

Dosages are also likely to be affected. In Washington's medical-only days, daily limits and quantities of THC per serving were very different. "Since the medical products were for patients with serious illnesses, they were allowed higher dosages and were generally allowed to get what they needed," Martin says. "Patients are still allowed some of these quantities if they have the right card, but overall it feels more like the regulations in the recreational market are set in place to keep your average person from going overboard." Washington, for example, now has a daily purchase limit of one ounce of flower and 10 milligrams of edibles. Photo by Alex Person on Unsplash
Prices will go down. As the nation's third most populous state, Florida has a huge financial incentive to legalize recreational marijuana. Although medical marijuana sales are not taxed in Florida, states with recreational programs can add up to 20 percent in taxes to a recreational sale. For reference, Colorado earns upward of $250 million in annual revenue from its marijuana programs. With a population more than four times the size of Colorado's, Florida stands to bring in more than a billion dollars in annual taxes from the marijuana industry. That kind of volume "drives down prices for medical and adult-use customers," Maslow says. "At the end of the day, it's a safer product and it's almost always phenomenally better quality than it is in the black market."
KEEP MIAMI NEW TIMES FREE... Since we started Miami New Times, it has been defined as the free, independent voice of Miami, and we'd like to keep it that way. With local media under siege, it's more important than ever for us to rally support behind funding our local journalism. You can help by participating in our "I Support" program, allowing us to keep offering readers access to our incisive coverage of local news, food and culture with no paywalls.
Make a one-time donation today for as little as $1.