The Road to Recreational Marijuana in Florida Starts Next Week 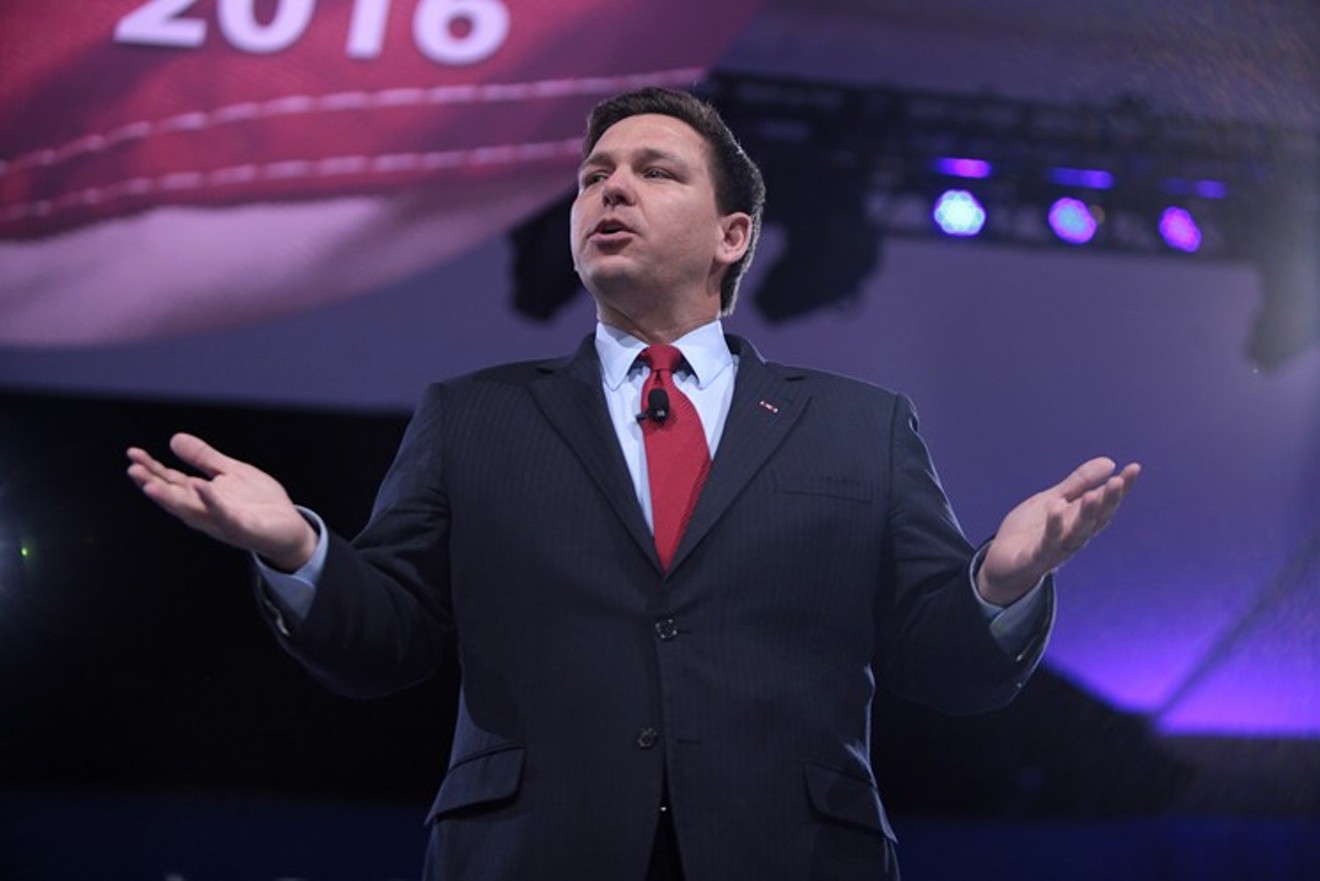 Can you picture DeSantis holding a joint in his right hand? Photo by Gage Skidmore / Flickr
When Gov.-elect Ron DeSantis takes office next week, the road to marijuana legalization in Florida will begin. Two court appeals that could open up the market and the path to smoking pot may be undercut — and a petition drive to put weed on the 2020 ballot will gain steam.

An appeals hearing is set for Monday on a decision by former Miami-Dade child advocate and current Tallahassee Circuit Court Judge Karen Gievers that would allow medicinal pot smoking in the state. Gievers ruled last June 5 that legislators violated the will of voters — 71.5 percent of whom approved medicinal pot — by banning smokable weed. But in a court document, state House general counsel Adam Tanenbaum held out the "possibility" the Department of Health would remove itself from the case.

The same day, events begin leading up to DeSantis' swearing-in on Tuesday. His lieutenant governor, Jeanette Núñez, recently told the News Service of Florida the governor might also remove the state from a lawsuit challenging limits on the number of companies involved in the state's marijuana trade. Tallahassee Circuit Court Judge Charles Dodson agreed to overturn a law that capped the number of marijuana licenses and requires marijuana operators to grow, and distribute cannabis-related products. But like the smoking-ban decision, that ruling is under appeal.

Núñez, a Miamian and the first Latina to take high state office, said DeSantis has a different opinion than present Gov. Rick Scott, who has fought efforts to create a more competitive pot market. The governor-elect, she stated, “has said he’s not interested in continuing that fight... I think he has a different perspective than Gov. Scott. I think he wants the will of the voters to be implemented.”

Most interesting in the long term, the push to get recreational pot on the 2020 ballot is gaining steam. Tampa attorney John Morgan, one of the most important architects of the state's medical marijuana movement, has said he will press the measure before voters in 2020, when Democrats are likely to show up in force. This past Wednesday, he tweeted that the effort is underway.


We are working on it as we speak.

You are right, the time is now!! https://t.co/kQw1kyPmij


A similar effort to get a bill on the ballot in 2018 fizzled. That failure may well have been a key to Democrats' pathetic showing in the election. Despite a Democratic majority in the state, Republicans held the state House and Senate as well as the governor's seat.

So let's light up already.
KEEP MIAMI NEW TIMES FREE... Since we started Miami New Times, it has been defined as the free, independent voice of Miami, and we'd like to keep it that way. With local media under siege, it's more important than ever for us to rally support behind funding our local journalism. You can help by participating in our "I Support" program, allowing us to keep offering readers access to our incisive coverage of local news, food and culture with no paywalls.
Make a one-time donation today for as little as $1.