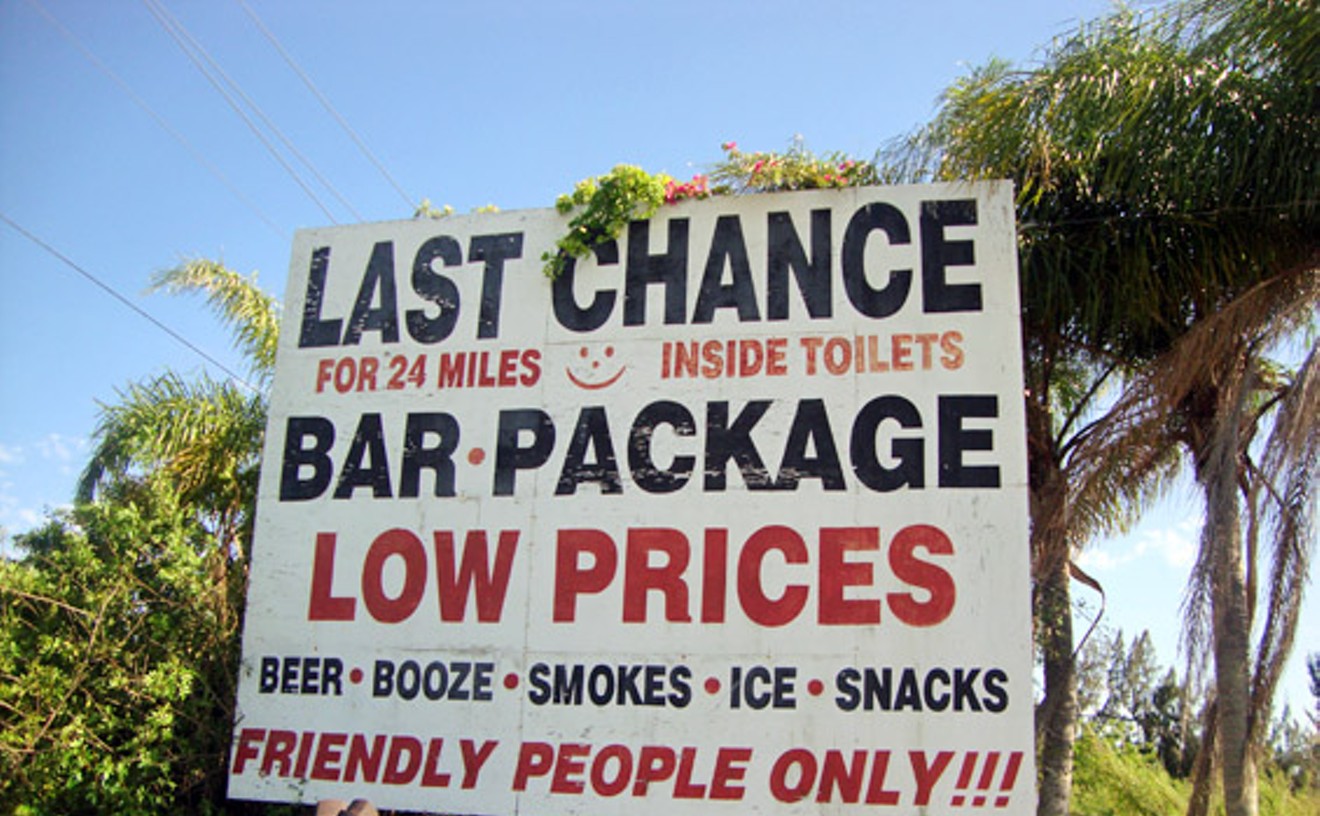 This old biker bar sits on the border separating Miami-Dade and Monroe counties. Hitchhikers are usually sitting across the bar's parking lot, an ideal spot for a few reasons: First, South Dixie Highway ends here and becomes the two-lane Overseas Highway, which goes south to Key West. Two, if you are heading north, this is where South Dixie Highway meets Florida's Turnpike. And three, there is plenty of space for drivers to pull over and pick you up. Hitching with bar patrons is not recommended.

In 2005, during those dark days following Hurricane Wilma, a bunch (gaggle? den?) of burrowing owls decided to take refuge in a grassy area at 3000 NW 199th St. in Miami Gardens. Problem was, the city planned to build a $15.2-million community center there. The Florida Fish and Wildlife Conservation Commission protected the owls, so that meant the community center developer had to work around them (a familiar problem if you've read Carl Hiaasen's Hoot). City workers ended up transporting the owls' nests to another corner of the grassy lot. By the time that happened, the cost of construction had dropped because the housing bubble had burst. "The owls probably saved us more than $1 million," says Miami Gardens City Manager Danny Crew. If only the owls could have saved the rest of Miami from real estate woes. 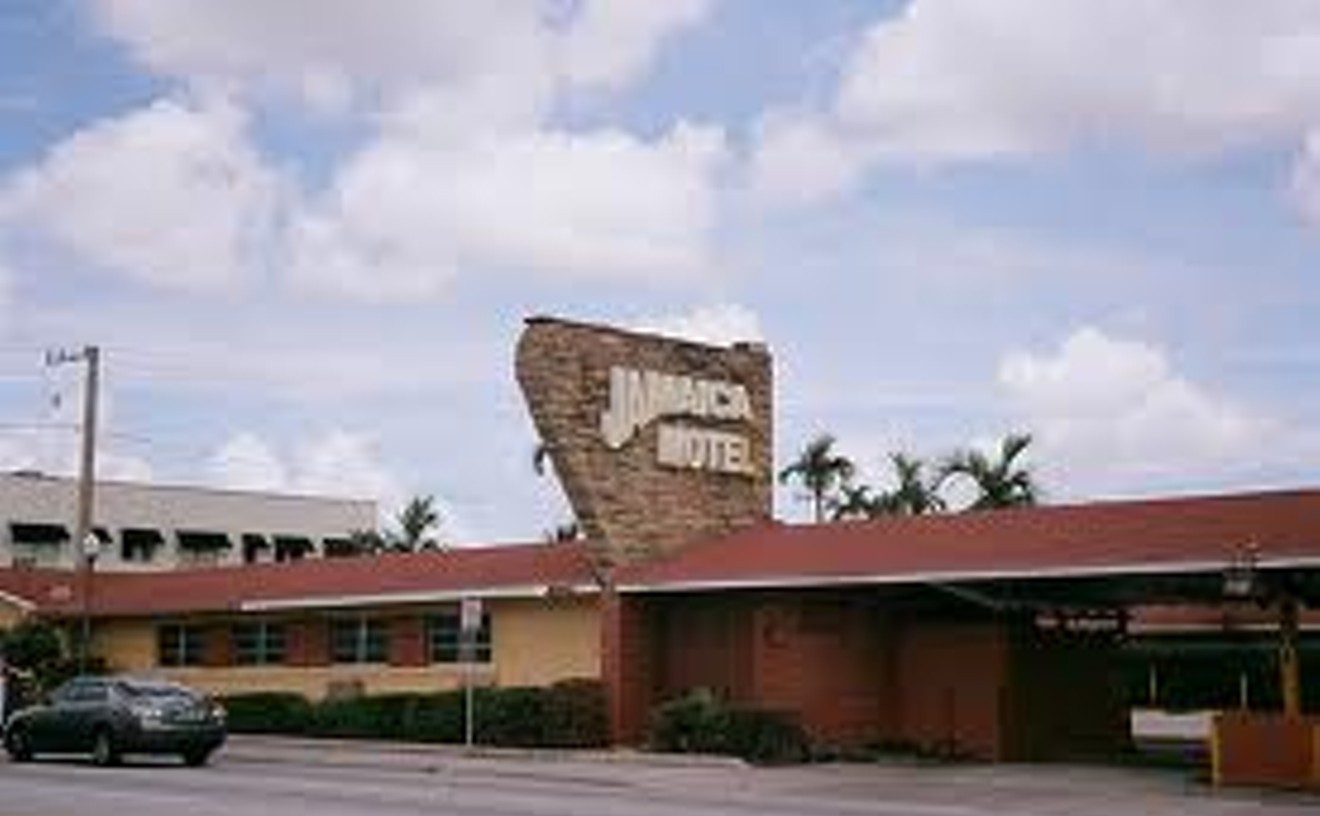 If you are visiting the area, and you want a real taste of M.I.-yayo, this is the perfect place to stay. Since Miami never sleeps, neither should you. Located on the infamous Calle Ocho, this motel is decorated with red neon lights and mirrored ceilings. The toilets are equipped with bidets. In fact some folks consider the motel to be a historical landmark, since the film Jamaica Motel was released in 2006. It was shot on location and caused some controversy (check out the director's MySpace page, www.myspace.com/jaydeph). The rates are convenient and inexpensive: $70 per night, or $50 for two hours. Yeah, mon.

Best Hotel to Pretend You're a Guest

Don't let the red rope dissuade you. You're smart and good-looking enough, and — gosh darn it — the rich people inside the Sagamore will find some reason to like you. Plan ahead. Leave the flip-flops and ratty cargo shorts at home. Spiff up a bit. Smile when you arrive at the entrance. It's worth the act to take a peek at what's inside one of the best art spaces in Miami Beach. (The Sagamore says the collection is public, but we've spied unattractive people turned away at the door.) Hotel owners showcase their contemporary collection of oils, photography, and sculptures throughout. In October 2007, the hotel opened an exhibition from Spencer Tunick's photography sessions with 500 naked Miami residents at the hotel. But perhaps the best reason to pretend you're a guest is the video art reserved exclusively for paying visitors.

Despite another embarrassing season for the Canes, Graig Cooper has provided UM fans with a light at the end of their dark, dark tunnel. The freshman running back solidified his status as a rising star against Bobby Bowden's dadgum Seminoles in October. G Coop rushed for 682 yards and four touchdowns during his inaugural season, and looks to match that in just one game when the Hurricanes visit the Florida Hators ... umm, Gators ... next September. Best remembered for his ankle-breaking juke against Texas A&M at the Orange Bowl, Cooper is a triple threat with soft hands, quick feet, and a hard-nosed style of play. A fan favorite who has shown flashes of much-anticipated greatness, G Coop is a Category 5 player that will blow by rival defenders as UM football begins a new era at Dolphin Stadium.

Some kids would rather portray the Bad News Bears than actually be part of a championship baseball team. If your little cherubs happen to fall into this category, forget Little League this summer and treat your children to Creative Camp instead. Here some of the town's top acting teachers will introduce the wonderful world of theater. Kids get to write and produce their own movies, incorporating new skills from acting, directing, dance, music, and other performance fields. They also learn to use video and audio equipment, musical instruments, and a professional stage. If that isn't enough, they'll enjoy field trips to theatrical productions and local attractions, and receive goody bags filled with magic tricks, juggling supplies, and a T-shirt. You can choose from two locations, one in Kendall and the other in the Gables. Costs range from $380 to $1,600, depending on length. (Scholarships are available.) Just remember to thank us at the Oscar ceremony. 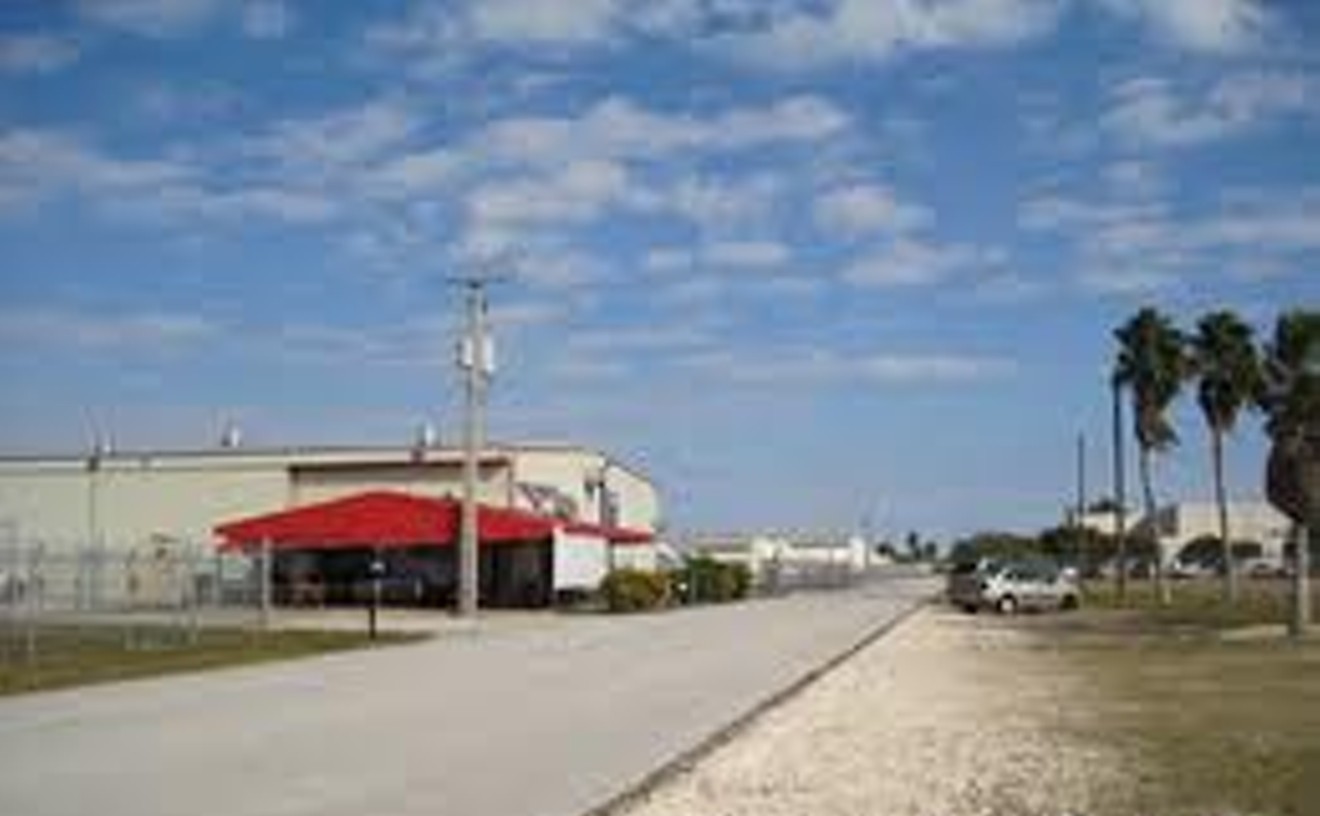 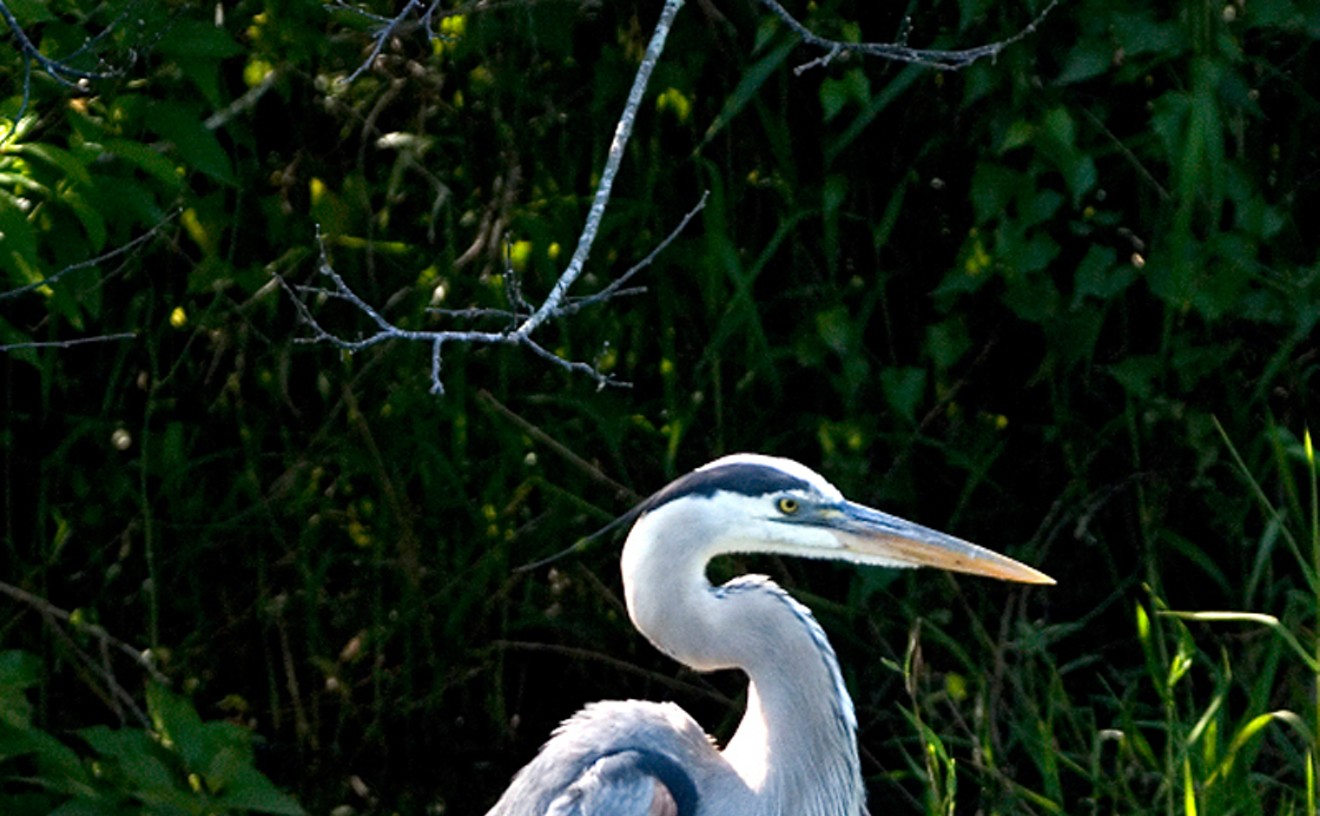