Transit Director Christian Petzold: "You Have to Work for the Love" 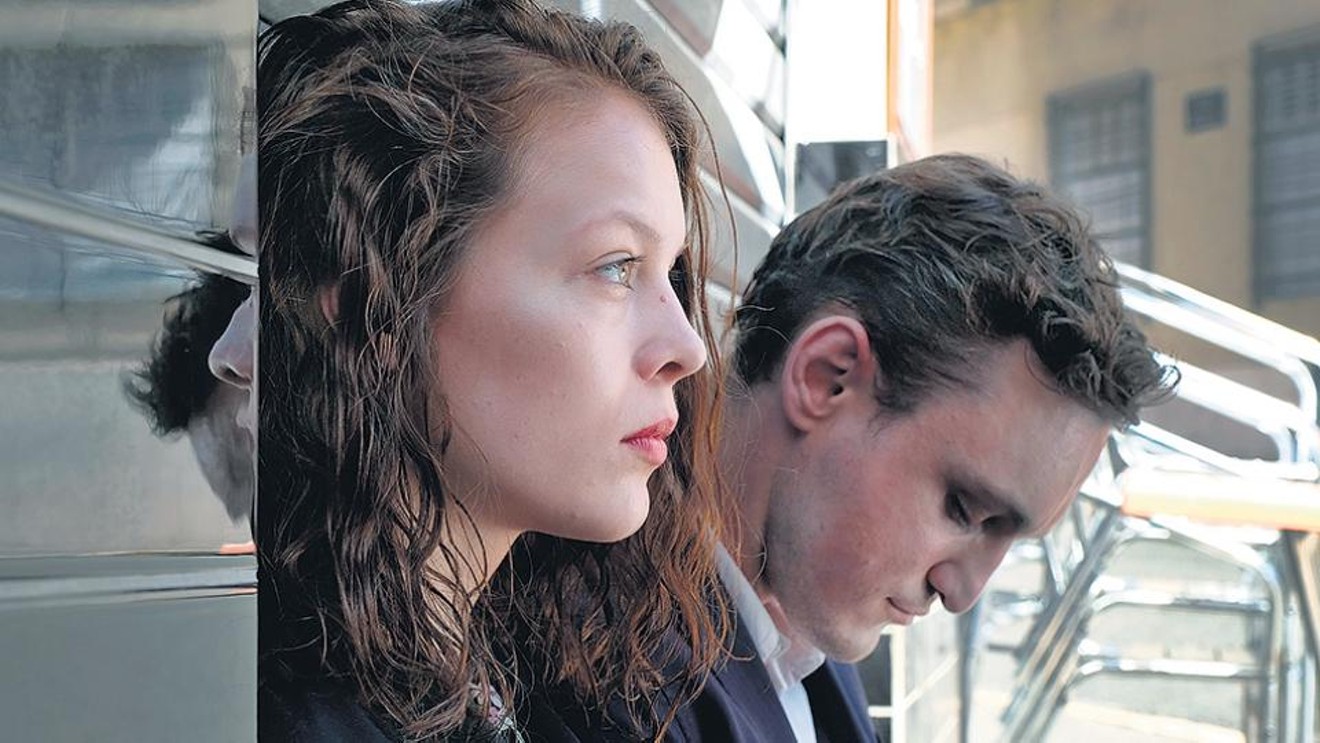 Music Box Films
For the past few decades, director Christian Petzold has been delivering a consistent stream of fascinating works of art. His latest, Transit, is an adaptation of Anna Seghers' novel, described as "an existential, political, literary thriller that explores the agonies of boredom, the vitality of storytelling, and the plight of the exile with extraordinary compassion and insight."

Petzold's work as a whole — whether it's his Gespenster (Ghost) trilogy or the recent Phoenix — can be described in the same manner. And because the Miami Jewish Film Festival will release Transit as part of its packed program, New Times discussed the work, and the overreaching themes of his career, with the filmmaker himself.

New Times: What made you want to adapt Anna Seghers' Transit into a film?

Christian Petzold: The novel Transit was the reference for all the films my friend Harun Farocki and I worked on for more than 20 years. We always said, "Never make a film out of the reference, never from the things you love so much, perhaps too much." But after Phoenix, we quit with this old decision. We felt a little bit guilty about that, I remember. Sweet guiltiness.

Why did you decide to make the film exist in a timeless space, including things that are clearly from the 1940s while also having references to other eras?

Refugees have to lose everything that is weight — luggage, memories — to be flexible, to stay in movement, in 1942 and today. They had experiences — brutal, hard, deadly experiences — but there is no chance to tell them, to make a story out of them, a story that helps you to survive, to live on. So they have to stay in a boarding zone of life, indifferent and neutralized. But we, who don’t want to hear those stories, I think we have to stay there too, the same boarding zone between 1942 and today.

Georg, the film's protagonist, is almost a blank slate of a character, and we're never entirely sure of his motivations outside of existing in a sort of existential stasis. Was he intended to be someone on whom the viewers could project their own thoughts?

I think he is a little bit of a stranger for us. We are curious, but I think we are not identifying ourselves with him. We can see how he is learning empathy, responsibility, love. Our own thoughts are more in the situations than in the character.

There's something really dark but almost amusing about a character who is using someone else's identity and still trying to be a good person. How do you go about writing these characters living in a gray space of morality, of identity, and still make them all easy to understand in the way they love and regret?

Characters with no papers are phantoms. Characters with wrong or faked papers are ghosts. They are among us, but they don’t exist really. I like them. They have to work so hard to materialize themselves. I like the people in films who had to work, to find love, to rob a bank, to find money, to be part of ordinary life, to find a family.

A lot of your films share several themes, but the idea of being a ghost, literally and metaphorically, and your focus on how transitive identity can be is really fascinating. Where did your interest in that stem from?

I think it has to do with the films of the serie noire, all the movies the exile directors from Europe, especially Germany and Austria, had made in Hollywood between 1939 and 1955 — the “shadows of the Berlin light,” Frieda Grafe, a German film critic, had written. I had seen so many of them in my youth. Strangers are coming into towns, are walking through the nights, are trying to find a story, a love or crime, an identity.

By extension, your work is often compared to Alfred Hitchcock's formally and thematically. How does his work influence and affect yours, especially in how you make these layered melodramas?

I remember my first working session with Harun. It was 1993. He said that he didn’t like the way that people often fall in love in the films — a look, a smile, a naked thigh. We always thought about work and love, that you have to work for the love. He showed me again The 39 Steps. The man and the woman, they are bound by handcuffs. They don’t like each other, but they had to arrange their escape, to find positions during sleep, to find a rhythm during running. They had to work. From out of this work, love could be possible.

Transit. Part of the Miami Jewish Film Festival. 6 p.m. Monday, January 14, at Regal Cinemas South Beach, 1120 Lincoln Rd., Miami Beach; regmovies.com. Tickets cost $13 to $14 via miamijewishfilmfestival.org.
KEEP MIAMI NEW TIMES FREE... Since we started Miami New Times, it has been defined as the free, independent voice of Miami, and we'd like to keep it that way. With local media under siege, it's more important than ever for us to rally support behind funding our local journalism. You can help by participating in our "I Support" program, allowing us to keep offering readers access to our incisive coverage of local news, food and culture with no paywalls.
Make a one-time donation today for as little as $1.