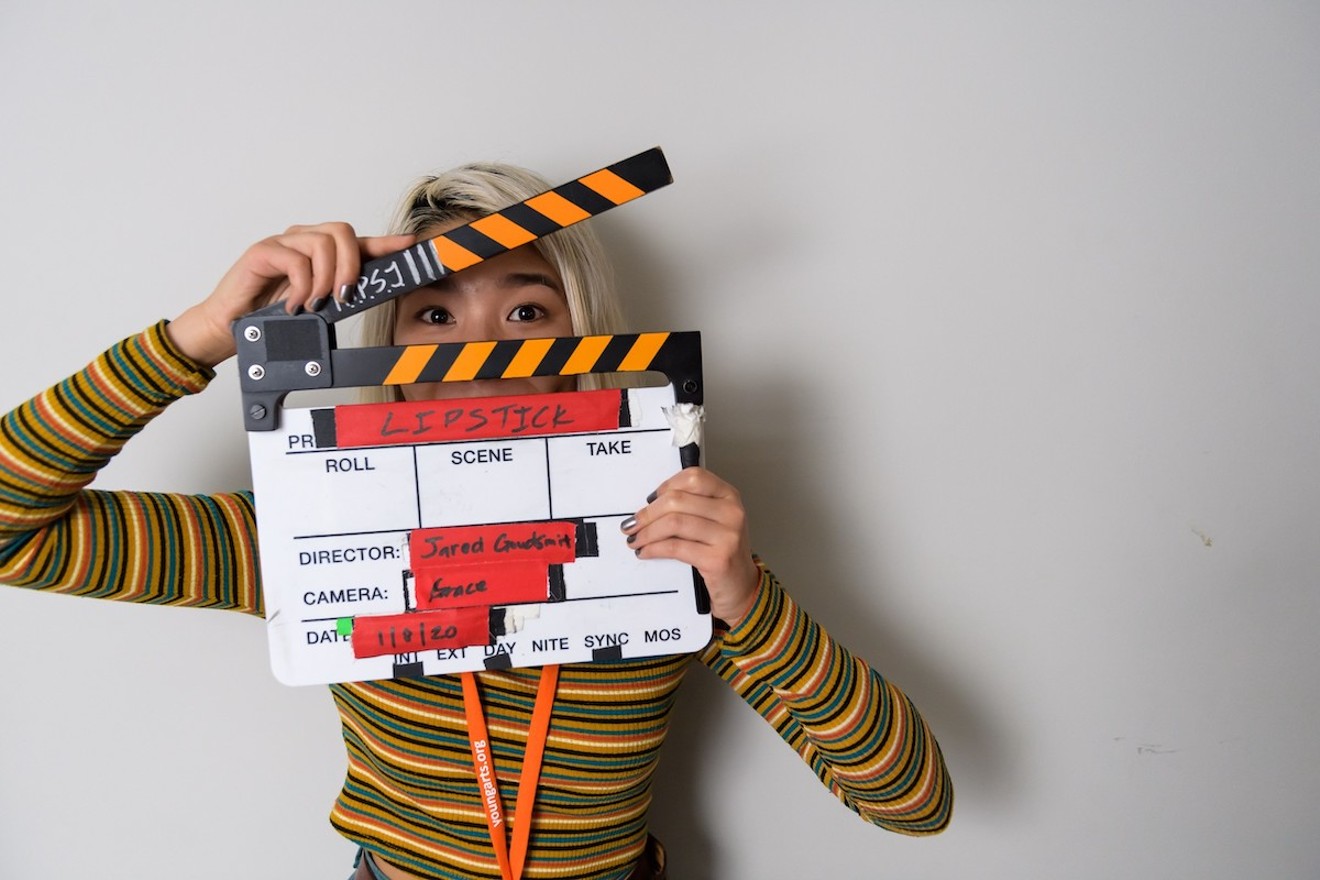 2020 YoungArts winner in film Kai Tomizawa. Photo by Jason Koerner
National YoungArts Week has added a big ol' plus at the end of its name for 2021.

Why the plus? Well, while “week” may be in its name, this year’s event has been split and expanded into two weeks.

The first week — an intensive program chock-full of educational and interactive opportunities for top-notch, budding artists looking to hone their respective crafts — is in the books. That went down January 3-9.

These young artists are now ready to unleash their dazzling skills, performances, readings, and exhibitions on the public.

Week two of National YoungArts Week + goes down January 25-30, with a nightly string of online events. The events are free and open to the public and include showcases in jazz, theater, dance, film, writing, visual arts, and seemingly everything in between.

Notably, things kick off on Monday, January 25, with a virtual celebration hosted by singer and YoungArts alum Josh Groban and the world premiere of YoungArts’ short film, Together. (The full schedule of events is available on youngarts.org.)

“We started really knowing early this summer that we’d need to make this shift online, so we’ve been planning,” says Rebekah Lanae Lengel, senior director of artistic programs at the National YoungArts Foundation. “Fortunately, we have a number of people involved in higher education with the organization — familiar with COVID-era setups — and made the investments needed to ensure our participants would have what they need.”

In total, 144 budding artists were selected for this year’s program. Lengel estimates that an additional $50,000 was needed for supplies like art supplies, headphones, and microphones to ensure everyone could engage virtually.

“We wanted it to be an equitable experience, and we know that barriers exist,” she says. “It was a major undertaking, technically, but so far it’s worked very well.”

Throughout the decades, YoungArts has served as a major platform for several world-renowned artists.

During a typical year, all of the artists would converge on Miami. But, given the circumstances, the participants and everyone involved are making the absolute most of it. And narrowing the field has been no easy task.

Dance veteran Rosie Herrera is among the panelists tasked with selecting the artists who ultimately participate. In addition to having her own company, the Rosie Herrera Dance Theatre, the New World School of the Arts graduate has been commissioned by the likes of Miami Light Project, and the Adrienne Arsht Center for the Performing Arts.

Herrera says YoungArts had several hundred applications this year from performers wanting to participate, generally in line with years prior. Once the performers are selected, she and her fellow panelists pair them with leaders in their respective fields — spanning visual arts, writing, music, theater, and more — to take part in workshops, classes, and further master their skills.

“This is always one of my favorite times of the year,” says Herrera, who is now in her fifth year of being a panelist. “This year, while we were nervous moving to a virtual platform, you still get that sense of connection among the artists and you can see their transformation.”

Through the decades, YoungArts has served as a major platform for several world-renowned artists.In addition to Groban, its alumni include actors Kerry Washington and Viola Davis and Academy Award-winning screenwriter John Ridley.

Lengel herself is an alumna, participating in the program in 2000 program for writing.

“I still have the letter I received from YoungArts saying I was a winner,” she says. “To have an entity who did not know me and had no vested interest in supporting me before then. It was so special that they believed in me. It was a boost of confidence to my work and they were so supportive beyond then, too.”

National YoungArts Week +. Monday, January 25 through Saturday, January 30; youngarts.org. Admission is free with RSVP at eventbrite.com.
KEEP MIAMI NEW TIMES FREE... Since we started Miami New Times, it has been defined as the free, independent voice of Miami, and we'd like to keep it that way. With local media under siege, it's more important than ever for us to rally support behind funding our local journalism. You can help by participating in our "I Support" program, allowing us to keep offering readers access to our incisive coverage of local news, food and culture with no paywalls.
Make a one-time donation today for as little as $1.