Manal AlDowayan, I Am a Computer Scientist (2007)

World-acclaimed Saudi Arabian female artist Manal AlDowayan is set to unveil her first solo exhibition, "I Am Here," tomorrow at Rojas + Projects, a contemporary art gallery and community hub in Little River. Comprising photography, installation, and mixed media, AlDowayan says the show will explore what defines humans at the most granular level — our thoughts, bodies, personal histories, religious choices. Rojas + Projects will be partnering on the "I Am Here" exhibition with Florida International University’s Initiative for Muslim World Studies to utilize the space as a platform for dialogue about Muslim art and culture.

But don't mistake this project for a response to President Trump's failed "Muslim ban." According to ALDowayan, the show is a collection of her works compiled in the hopes of starting a broader conversation.

"I strive to invent new platforms of expression for my participants," Manal AlDowayan told New Times.  "I always subject myself and my subjects to constructive criticism. I coax the questioning out of the spectators encountering my work, I encourage debate around my projects, and I try to remind myself constantly to never become a reactionary." 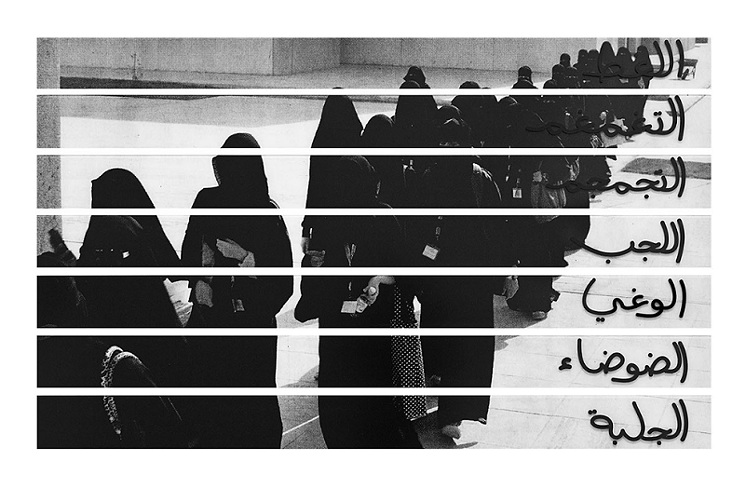 Manal AlDowayan, Misunderstood Sounds (The State of Disappearance Series), 2013
While Manal AlDowayan's works are heavily acclaimed around the world,  "I Am Here," will be the first comprehensive look at her art in the U.S.

The timing of the project, debuting on the heels of Donald Trump's inauguration and subsequent failed "Muslim ban" wasn't planned, but it cannot be overlooked. The exhibit debuts in Miami at a time too many people have an instant, unsubstantiated fear of anything linked to Muslim culture.

When asked about Trump and the ban specifically, AlDowayan declined to comment, saying she lacked comprehensive knowledge of American politics. But she didn't shy away from the fact that her art is out to make a particular statement, through her point of view.

"It’s important to point out that I don't define my art as political. Rather, I make art politically. This means I address my world from a personal stand. I make art as a proactive process," Manal AlDowayan said. "Art transcends political rhetoric. I made a connection with the two women who run Rojas + Projects. Their invitation and all the effort from different parts of the world that went into bringing my work to America is all about reaching out to make a connection."

"Even traveling after the ban myself to the opening of the exhibition, there was a moment of hesitation. I think the statement I AM HERE can only be complete with the artist present. It’s a statement about what we are trying to accomplish in building bridges, which is quite simple but right now the situation is rather complicated."