Zoo Miami's Ron Magill Is a Friend to Fauna 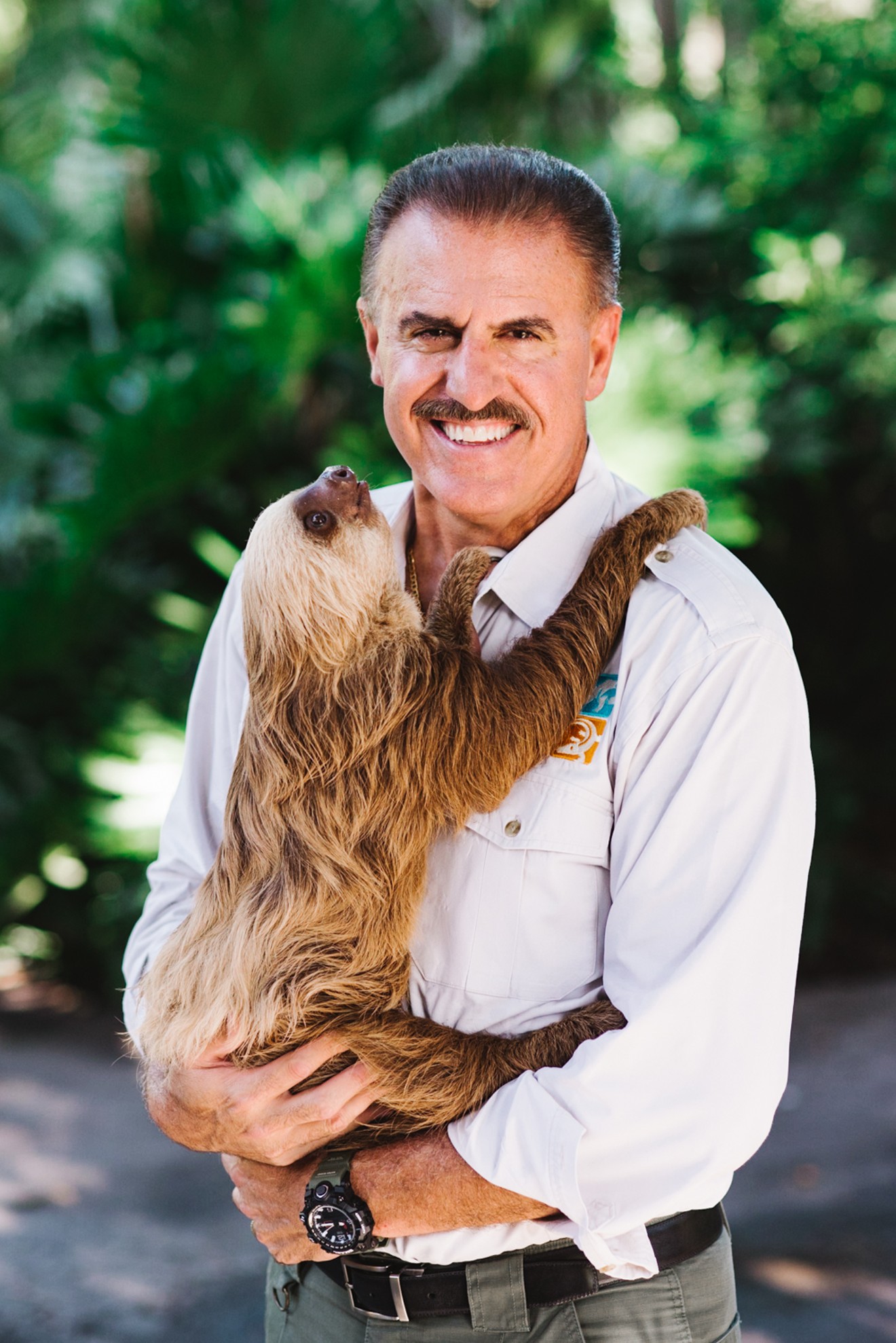 He became the face of Zoo Miami entirely by accident.

A passionate, lifelong animal lover, Ron Magill was the assistant curator of reptiles the day in 1986 when the zoo was hosting a news conference about endangered crocodiles born in captivity. It was an extremely rare, exciting moment, but you wouldn't have known it from listening to the public information officer. He was just droning on.

"I'm looking at him, going, Are you freaking kidding? I'm going to fall asleep!" Magill recalls, still sounding bewildered. "I go, 'These are the coolest things ever!' All of a sudden, all the cameras come to me."

The next day, he got a verbal reprimand from the zoo director — and authorization to speak to the media from then on. With his unbridled enthusiasm for all things animal, breadth of knowledge, and impressive storytelling ability, Magill was a natural spokesman. The TV stations loved him.

More than 30 years later, the now-58-year-old is a prominent authority in the conservation world. He's traveled internationally to see exotic animals up close, won five Emmys for his work on wildlife documentaries, and even starred in his own Spanish-language show, Mundo Salvaje con Ron Magill. He was bitten by a crocodile — an incident that resulted in his being introduced to his wife, a physical therapist. He also took an iconic photo of flamingos seeking shelter in a bathroom during Hurricane Andrew.

Born in Queens, New York, to a Cuban-immigrant father and American mother, Magill has loved wildlife from childhood. As a boy, he remembers training squirrels to approach his outstretched hand and sitting cross-legged in front of his family's TV set for Mutual of Omaha's Kingdom. He idolized its host, Jim Fowler, and began telling everybody he'd be just like him one day.

Magill's family moved to Miami when he was 12, fulfilling his father's longtime dream of owning a plot of land where he could grow avocados and mangoes. Young Ron attended Palmetto Senior High, where his height — six feet six inches — attracted the attention of the basketball coach. By his senior year, the once-unathletic teen was a starter.

After high school, he was off to the University of Florida. He left a few credits shy of his bachelor's degree when he was offered a job as a keeper at Crandon Park Zoo. When that facility closed and evolved into Zoo Miami, Magill went along. He remembers the staff hauling a giraffe down U.S. 1 on a flatbed.

By the time of the newborn-crocodile incident, Magill had ascended from zookeeper to senior zookeeper to assistant zoological curator. He then became director of communications, and he reveled in telling stories about the animals and advocating for Zoo Miami.

Sometimes he can't believe he's spent almost 40 years there. He's reminded when he meets the children of people whose grade-school classrooms he visited ages ago. He says things like that happen all the time.

In recent years, Magill has taken his conservation efforts further by creating the Ron Magill Conservation Endowment, which has raised $1.6 million and funds projects around the world.

But he believes zoos play a vital role in saving wildlife.

"There's nothing that substitutes looking at the real thing face-to-face," Magill says. "You can look at television, you can look at a photograph, but when you look at a living, breathing thing right in front of you, there's something that happens — at least something happens for me."