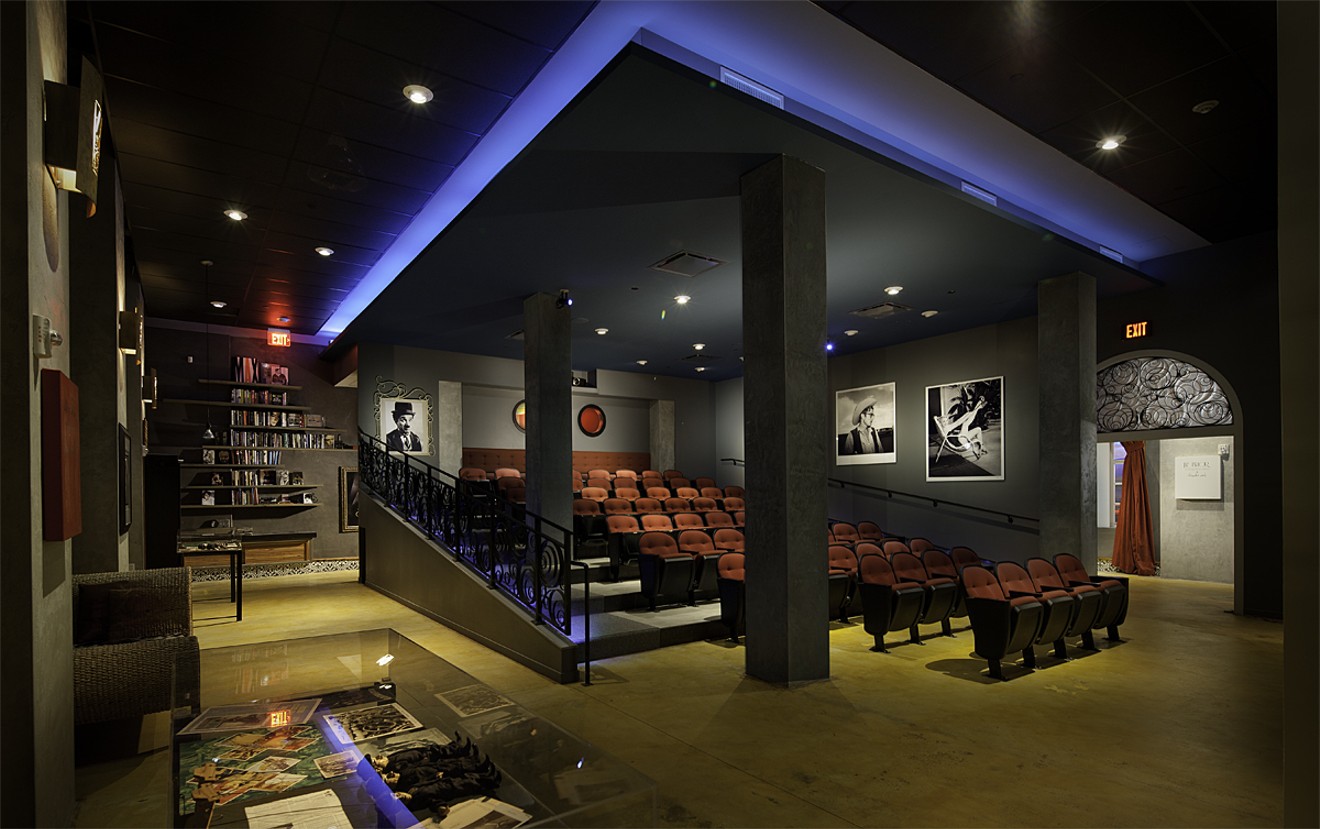 O Cinema is taking over the operations of the Miami Beach Cinematheque. Photo by Mike Butler
When O Cinema Wynwood closed its doors in March, the event marked the end of an era for Miami's arts district. But at the time, theater cofounders Kareem Tabsch and Vivian Marthell reassured patrons the organization would continue to thrive at its North Beach location as well as another site to be announced later.

Last Thursday, the Miami Herald revealed O Cinema would have a new home in South Beach at the soon-to-be-former home of Miami Beach Cinematheque. The story detailed the Cinematheque founder Dana Keith's efforts to hand over the reins of the popular arthouse theater as he expands a Knight Arts Challenge-funded curation of film memorabilia.

"He couldn't do that full-time and run the cinema full-time," Tabsch tells New Times. Keith approached Tabsch and Marthell last fall to propose the plan for O Cinema to take over the Cinematheque. "He thought we were the best stewards for the space and really carrying on the legacy but also making it our own."

Tabsch says talks with the city began in the spring and were finalized about two weeks ago.

“The timing worked out," he adds. The deal went down as the O Cinema North Beach location comes up against a pressing deadline to vacate its historic home at the former Byron Carlyle Theater, which is up for a city- and state-mandated 50-year recertification process.

That process is lengthy, and Tabsch says the city let the organization know about a month ago that it would be too onerous and costly to keep O Cinema at the location for a short time, as the city is weighing two bids to raze the complex to build a hotel or micro-unit apartment building.

Vivian Marthell and Kareem Tabsch
Courtesy of O Cinema
Both proposed projects are required to host cultural spaces on the premises, and Tabsch says O Cinema is "very actively pursuing" a role onsite. "The community has been very vocal and very active in sharing how much they value us as an integral part of the culture and fabric of North Beach,” says Tabsch, adding he's been in touch with city officials to advocate for O Cinema's presence on the site.

He says the flux that has affected multiple O Cinema locations is to be expected in a major city such as Miami. "The reality is that Miami continues to be ever-changing," Tabsch says. "The city that we live in today is certainly different than the one I grew up in. And that is to be expected… I’ve always said smart development includes things that make people want to be connected to a place... Certainly, we've seen that with O Cinema as it's become a central part of the community."

The key, he says, is bringing together developers, local government, and community members to develop spaces while preserving local favorites. "I’m a person who believes in smart development, and I believe in preservation. And those things coexist, and I think South Beach is a great example of that, where you have amazing preservation... Places like the Miami Beach Cinematheque — now O Cinema South Beach — that are built for both locals and tourists alike... Now that North Beach is undergoing some massive changes, I hope that everyone keeps that in mind."

One notable difference between O Cinema's deals in Wynwood and North Beach is the notion of an expiration date. O Cinema Wynwood and its former neighbor, the Wynwood Yard, always expected their locations to be there for a limited amount of time, while the O Cinema North Beach location was expected to come up for recertification in October 2019.

But Tabsch says that's not the case with O Cinema South Beach. "We expect this to be our home for the next decade."
KEEP MIAMI NEW TIMES FREE... Since we started Miami New Times, it has been defined as the free, independent voice of Miami, and we'd like to keep it that way. With local media under siege, it's more important than ever for us to rally support behind funding our local journalism. You can help by participating in our "I Support" program, allowing us to keep offering readers access to our incisive coverage of local news, food and culture with no paywalls.
Make a one-time donation today for as little as $1.