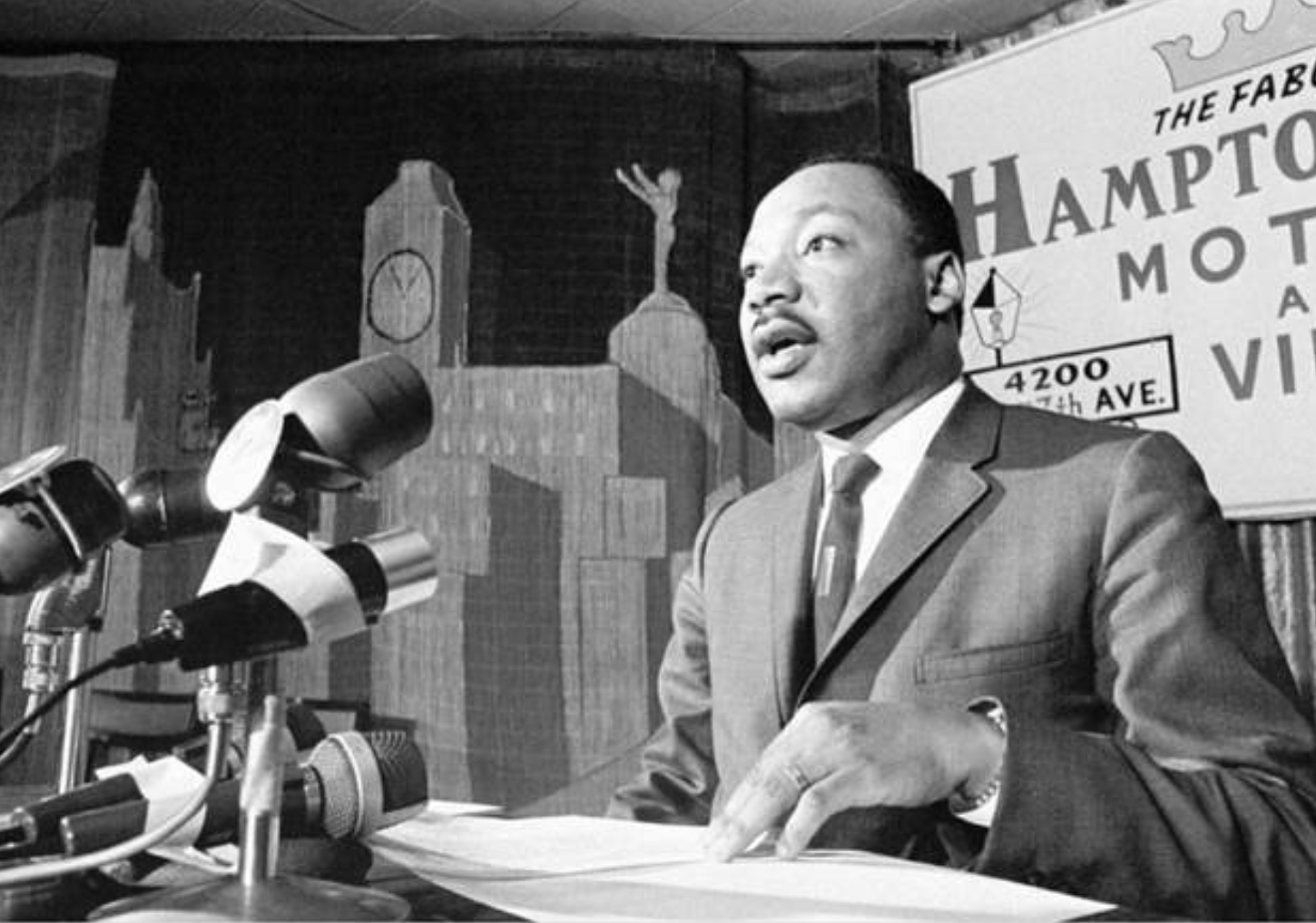 Martin Luther King Press Conference in Miami at the Hampton House Hotel; 1966 Courtesy of Malcolm Lauredo/Hampton House
When Dr. Martin Luther King Jr. landed in Miami in April of 1966, he didn't exactly receive a warm welcome. In describing his arrival to the Magic City, Dr. King said he was met with both “hostility and alienation.”

Today, 50 years after his untimely assassination, you'd be hard-pressed to find someone who has mixed feelings about MLK. With hundreds of streets across the country bearing his name and a national holiday marking his birthday, Dr. Martin Luther King Jr. is one of America’s most celebrated historical figures. In this modern environment, so disconnected from the social climate of the civil rights movement of the 1960s, it can be hard to imagine just how controversial the man was when he was alive. Hatred, fear, and distrust mingled in the hearts of Americans across the country. And Miami not exempt.

In fact, a survey cited by the Miami Herald in 1966 revealed that three out of five white Miamians felt that Dr. King was hurting the cause for equality more than he was helping it. It was not uncommon to find an editorial in a local Miami paper questioning whether or not he should have won the Nobel Peace Prize. But Dr. King was unfazed by his critics and made his way down to the Magic City over a dozen times throughout his life. He gave lectures and press conferences, conferred with local activists, and, of course, enjoyed the sunshine. 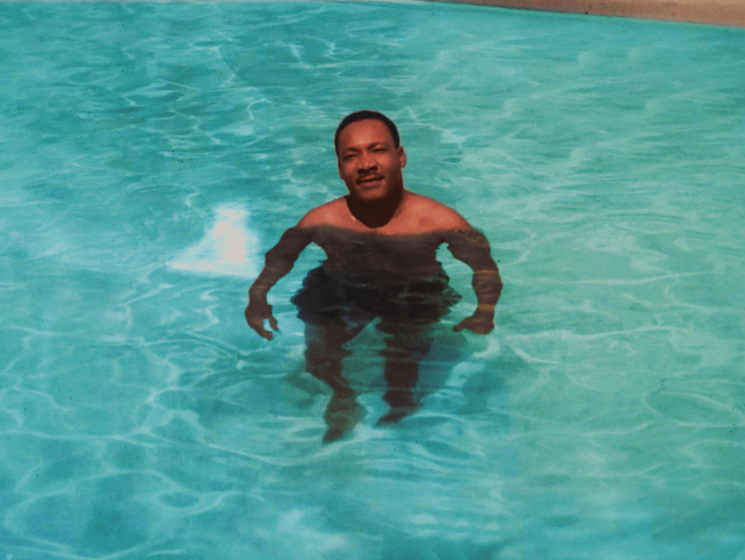 MLK in Miami at the Hampton House Hotel pool; c. 1965
Courtesy of Malcolm Lauredo/Hampton House / colorized by Dayana Ibara
When King did come to Miami, he found himself frequenting a little hotel, far from the glamorous art deco streets of Miami Beach, called the Hampton House Hotel. This unassuming hotel, a two-story Miami Modern-styled building with a built-in jazz club, was a popular spot for black Miamians. The Hampton House is known to have been visited by countless black luminaries who were not permitted to stay in hotels on the beach due to the iron-fisted segregation policies imposed during the Jim Crow era. Other guests and patrons of the Hampton House included Malcolm X, Muhammad Ali, Miles Davis, Sammie Davis Jr., and Nat King Cole.

King, whose life during the Civil Rights movement was a revolving door of protests, speeches, and death-threats, often visited Miami as a means of relaxation. He went deep-sea fishing, attended nightclubs, and cooled off in the Hampton House pool. That’s not to say he didn’t work to disarm racial inequality here too. In March of 1966, King gave a speech at the University of Miami to 1,200 students about the role the church needed to be playing in the struggle for equality. He urged the congregation to “get out from behind the security of stained-glass windows” to participate in the fight for civil rights. In 1965 he came to Miami and discussed the importance of facilitating work for both the Cuban refugees and the local African-American population, stressing that the power structures in place needed to be careful in not pitting these two groups against one another. Martin Luther King at the University of Miami; 1966.
Courtesy of Malcolm Lauredo/Hampton House
Miami isn't the first place most people think of when they hear the name Martin Luther King Jr. But between his history-making speeches and marches, he found inspiration in South Florida. It's unclear where King first envisioned a world where black and white were just colors on the world’s palette, but in 1960, three years before his famous oration in Washington, he delivered an early version of his “I Have a Dream” speech right here in Miami to a jam-packed room of people searching for hope at the Hampton House Hotel.

Although Martin Luther King’s presence in Miami is often overlooked, his legacy can be found beneath the glass-wrapped high-rises built on the sites of the homes of yesterday, on a quiet, tree-shaded street in Brownsville, and in the countless churches lining the corners of Overtown.
KEEP MIAMI NEW TIMES FREE... Since we started Miami New Times, it has been defined as the free, independent voice of Miami, and we'd like to keep it that way. With local media under siege, it's more important than ever for us to rally support behind funding our local journalism. You can help by participating in our "I Support" program, allowing us to keep offering readers access to our incisive coverage of local news, food and culture with no paywalls.
Make a one-time donation today for as little as $1.
Malcolm Lauredo is a historian based in Miami. He's the director of historic research and the lead historian at the Coral Gables Museum.