The artist had found initial success at home as a member of los Diez Pintores Concretos (the Ten Concrete Painters), working in geometric abstraction. Years later, after moving to Miami with his family in the wake of the Castro revolution, his work took a turn. The colors darkened, the forms became more biological, and the canvases took on a dreamlike quality. Torn from the comforts of home, Soriano had discovered a late style unlike anything ever seen before.

“We were researching the body of work, [and] we began to realize in the 1990s, at the age of 70, that this man was doing [what was] probably his best work,” Sergio Cernuda, director of LnS Gallery, says. “There was a lot of rhythm to it; there was authenticity.”

Soriano retired from art around the turn of the millennium and died in 2015, and the Coral Gables-based LnS Gallery, which began representing his estate two years ago, has begun a push to see him recognized as a major modern artist, let alone a towering figure in Cuban and Latin-American art. Ahead of a retrospective in Madrid later this year — the artist’s first solo show in Europe — the gallery is starting here in his adopted home of Miami with “Transcendentalism, Distilled,” an exhibition that focuses on his towering late paintings made in the 1990s, including three of his largest canvases. 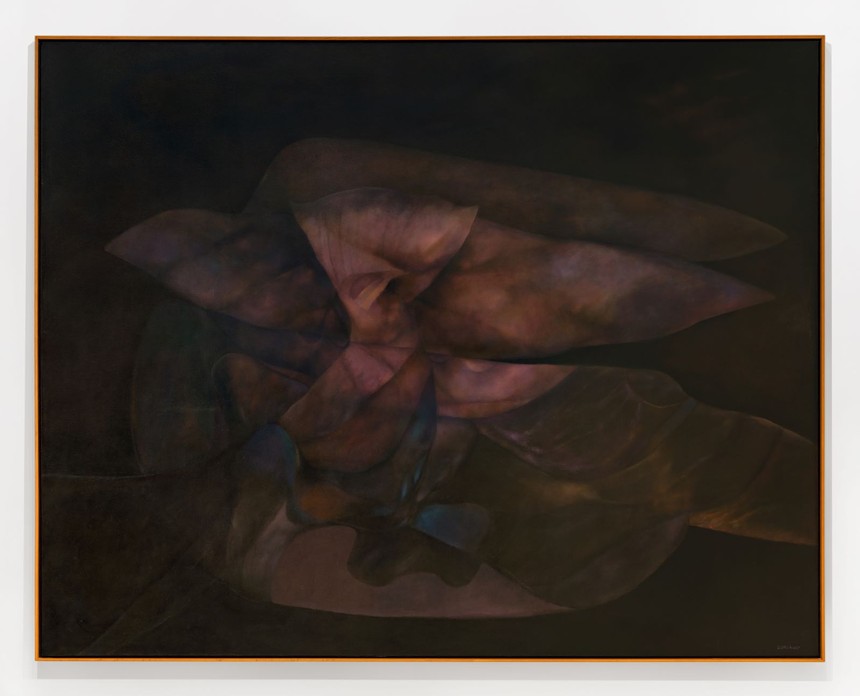 Rafael Soriano, Ave Inventando la Ausencia (Bird Inventing Absence), 1992, oil on canvas, 76 x 96 inches
LnS Gallery photo
“We decided to focus on 15 pieces that were part of the estate collection that would create a really interesting language about his work in the ‘90s,” Cernuda explains. “It’s the first time the estate has allowed a gallery to showcase these works, which is pretty exciting.”

The paintings in “Transcendentalism, Distilled” echo many of the great masters of modern art. The deep colors recall the color field explorations of Mark Rothko. Soriano’s use of biomorphism, exemplified by works such as Guarded Dream (Sueño Guardado), with its twisted forms that look like limbs, can be seen in the sculptures of Henry Moore. He combines these tendencies with surrealistic tenebrism, suspending his shapes in dark, void-like spaces that appear as if out of a dream.

Soriano, who Cernuda describes as “introverted” and “contemplative,” often turned to the unconscious for guidance in life and art. His late-career shift could stem from the trauma of leaving Cuba behind. After taking a hiatus from painting following immigration, Soriano dreamt of the Trinity returning him to his birthplace of Matanzas, which made him realize the importance of returning to his artistic practice in his new home. 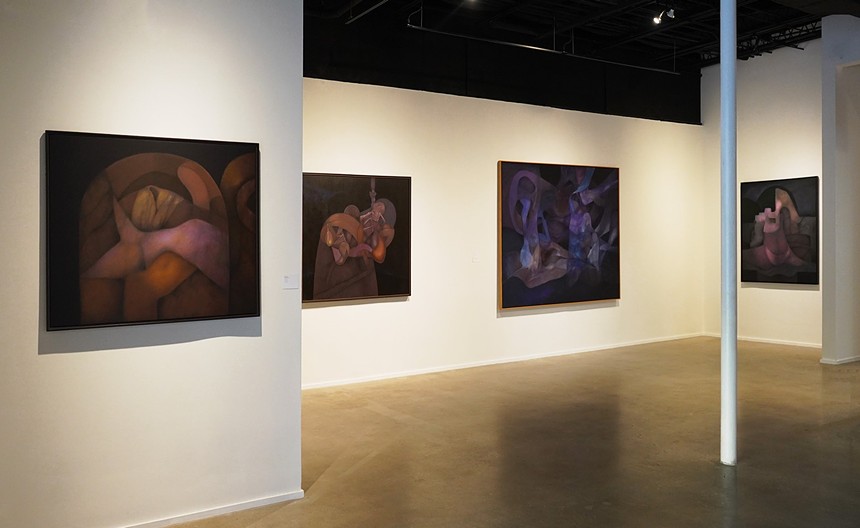 Installation view of "Transcendentalism, Distilled: Rafael Soriano" at LnS Gallery
LnS Gallery photo
"There was evidence that things weren't gonna change in Cuba any time soon and that now, Miami was home, and Miami was where he needed to start establishing himself," Cernuda says.

Despite the somewhat brooding nature of his work and the tumult of his displacement, Soriano was relatively content in Miami. He had a happy home life, and his family supported his art, with his wife Milagros even building frames for his paintings. In a sense, life in Miami helped him develop a truly unique style.

"In the context of the 1990s, he's not necessarily searching for any type of trend or happening in the art world," Cernuda adds. "He was doing this work for himself."

"Transcendentalism, Distilled: Rafael Soriano." On view through February 18, at LnS Gallery, 2610 SW 28th Ln., Miami; 305-987-5642; lnsgallery.com. Admission is free. Tuesday through Friday, 11 a.m. to 6 p.m., Saturday, noon to 5 p.m.
KEEP MIAMI NEW TIMES FREE... Since we started Miami New Times, it has been defined as the free, independent voice of Miami, and we'd like to keep it that way. With local media under siege, it's more important than ever for us to rally support behind funding our local journalism. You can help by participating in our "I Support" program, allowing us to keep offering readers access to our incisive coverage of local news, food and culture with no paywalls.
Make a one-time donation today for as little as $1.