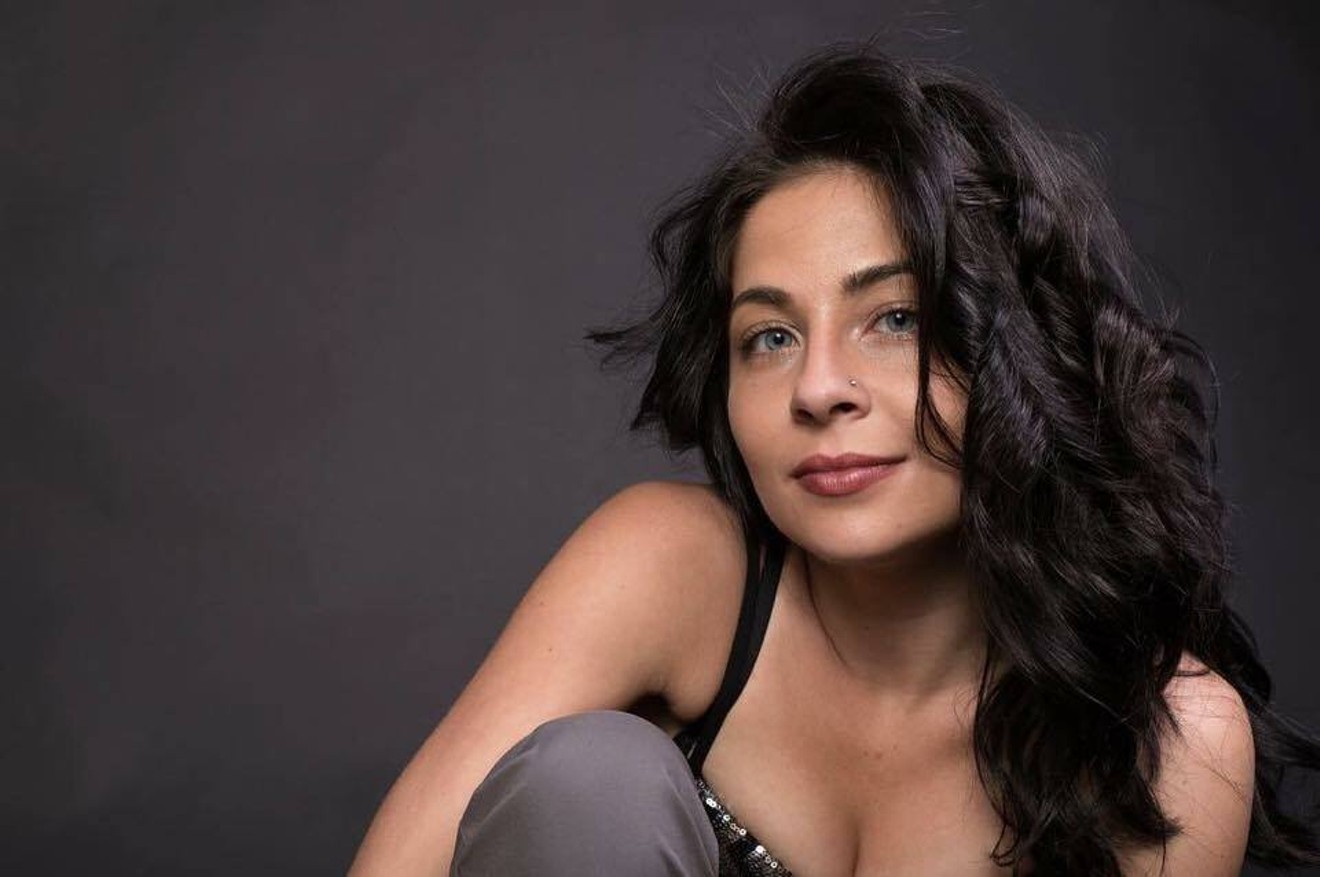 Brittany Brave Photo by Courtney Armitage
It was supposed to be a breakthrough year for comedian Brittany Brave. After moving to New York City seven years ago, the South Florida native had finally quit her day job to pursue standup full-time.

"This was my year to financially cast the net to the wayside and go for it," Brave tells New Times. "I had fundraising gigs and tour dates lined up and all these different things."

It's no small feat for an artist to be paid for their craft, and 2020 was Brave's year to make a buck, culminating in a booked appearance at the New York Comedy Festival in November. The annual event has featured comedy heavyweights like Bill Burr, Gabriel Iglesias, and Conan O'Brien as headliners. (As of press time, the festival is still on.)

As the COVID-19 crisis unfolded, Brave was prepared to hang around the city and continue her usual rounds at open mikes and booked showcases until told otherwise. The omens for a shutdown soon manifested all around.

"It was starting to get a little apocalyptic," Brave says. "I slowly started to see my stage time get canceled, and us comedians held on so deeply."

The comedians carried on with their shows, questioning audiences about what the deal was with this corona thing. In hindsight, it was like an entertainer on the Titanic asking how the audience felt about icebergs. Eventually, New York Gov. Andrew Cuomo ordered a shutdown of all bars, restaurants, and live entertainment venues. Brave felt like she had no choice but to return to South Florida until the crisis settled.

"I literally left the day after Cuomo announced live entertainment, bars, everything [had shut down]," Brave says. "This being the year that I was focusing as much as I ever have on comedy, financially and creatively, it was just kind of like I don't have a purpose."

Brave returned to her parents' Kendall home until the unforeseeable future as things looked bleak for live entertainers.

That is until virtual open mikes began popping up all over the cybersphere.

"The virtual stuff popped up immediately," Brave says. "And then in that week, the refractory period... within a day or so we all were like, 'OK, whatever we were going to do [on stage], we're going to do on our phones now.'"

Since March, Brave has appeared in over 100 virtual shows, including an improvised tarot card reading on Saturday nights and a stand-up show on Sunday nights. Brave admits there was a learning curve when it came to entertaining audiences over livestream — namely, trying to make people laugh with zero audience feedback.

"I think in the beginning, myself, along with other comedians, found the whole virtual thing jarring because stand-up is an art form that's just served live. It's a call-and-response art form," Brave explains.

Before the pandemic, Brave would typically hit three or four open mikes in the afternoon, then an additional three or four booked shows at night. If she was this spirited getting herself to brick-and-mortar venues, virtual shows would be a piece of cake.

"The virtual thing, if you hustle hard enough, it can start to feel like the real thing," Brave says.

After racking enough bandwidth with virtual gigs, Brave says she got over the hurdles of performing digitally. The high point came in a stand-up competition hosted by 92.9 the Point, a Colorado-based radio station that assembled a nationwide roster of 40 comedians to compete. Brave won first place.

Watching her set, Brave assuredly comfortable in front of the camera. Broadcasting from her pink-hued childhood bedroom, she's confidently expressive, talking with her hands and maintaining eye contact throughout.

"I'm very Italian, so you were going to see my hands no matter what," Brave jokes about her on-camera demeanor. "I've done a lot of [virtual shows] since March, so I think the walls are down."

While Brave has gotten the hang of performing online, she longs to get back in front of actual people again. She's been reaching out to different Miami venues as the city slowly emerges from quarantine.

She's currently booked a guest spot on an outdoor show headlined by comedian Dean Napolitano on Saturday, August 8, at the Shops at Sunset Place. Despite the local gigs, Brave says she's planning her return to New York next month.

"I feel like everybody moved back in with their parents at some point for extended periods of time," Brave says. "If you're leaving New York and coming back, you better come back with 15 minutes of material about your mom, dad, and siblings."
KEEP MIAMI NEW TIMES FREE... Since we started Miami New Times, it has been defined as the free, independent voice of Miami, and we'd like to keep it that way. With local media under siege, it's more important than ever for us to rally support behind funding our local journalism. You can help by participating in our "I Support" program, allowing us to keep offering readers access to our incisive coverage of local news, food and culture with no paywalls.
Make a one-time donation today for as little as $1.