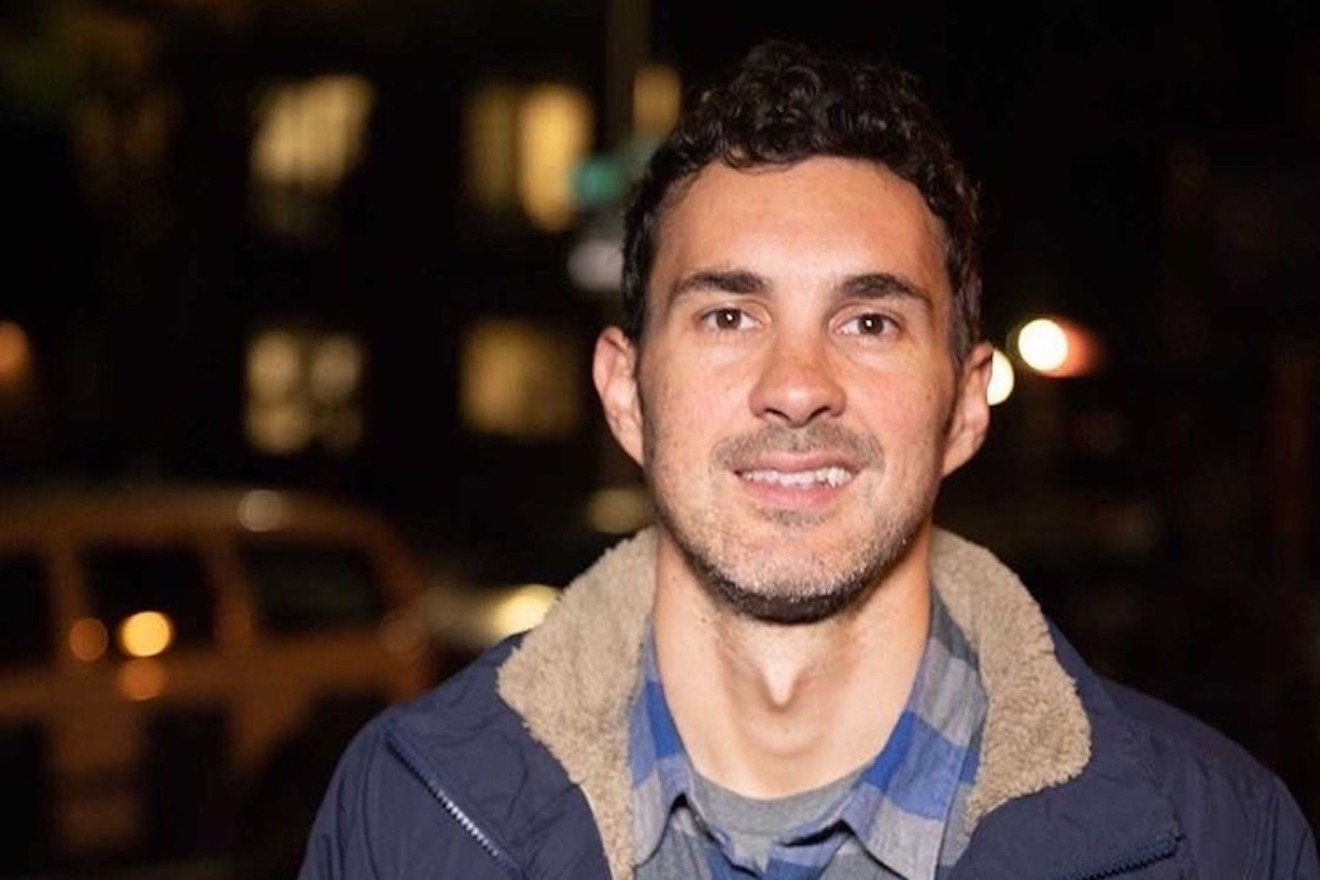 Since 2013, he has released three stand-up specials and taped more than a dozen late-night television appearances, including The Tonight Show and Conan. Oh, and he has appeared three times on The Joe Rogan Experience. And April 16-18, Normand will perform at the Miami Improv in Doral.

As Normand puts it, performing comedy in a city that’s too fun can be tricky.

“I’m from New Orleans and comedy — no one cares,” Normand says. “You’re just not there to hear somebody’s thoughts on Uber. You want to get drunk, you want to go dancing, you want to hear some music. So Miami is a notoriously tough town for jokes."

Regardless, Normand is elated at the prospect of warming up a Sunshine State crowd.

“I’m excited to come because it’s Florida and we’re in a pandemic,” says the comic. “It was either Florida or Wuhan. I couldn’t decide.”

For a deeper understanding of Normand’s twisted sense of humor (and his go-getter nature), look no further than his 2020 stand-up special, Out to Lunch. Normand shopped the special around to the top streaming platforms — and was rejected by “all of them.”

“It was already filmed, and I wasn’t just going to throw it in the ocean, so I had to put it up somewhere,” he explains.

Showbiz abides by a function known as the greenlight, an industry term that describes what needs to happen in order for a project to move forward. If we’re strictly speaking in traffic-light metaphors, Normand’s special got the red light, but he (metaphorically) peeled out across the intersection anyway, uploading the special for free on YouTube. To date, the video counts six million views.

“I’ve read every comment on the fucking thing,” Normand admits. “Thousands of comments, and I read them all.”

Normand’s craft also happens to be the object of his addiction, which made 2020 all the more difficult when comedy venues across the nation were forced to shut their doors.

“I had such a work ethic for like 14 years living in New York,” he says. “I was gas, full gas pedal to the metal all the time. Doing standup shows, doing the road, festivals — you name it. And then it all just went away, like cold turkey.”

After the boredom of quarantine sunk in, Normand looked to his fledgling YouTube page, where he'd posted maybe a dozen videos over a 12-year span, and he saw the potential to make comedic content. He rounded up some buddies who work in video production to help him out.

“They were bored too, so they said, ‘Yeah, why the hell not?'" Normand recalls. “And I said, ‘Well, this is the only time we’ll have an empty New York City. Let’s shoot something with that.'”

And so it was that online sketches like "Normand’s Land" came into being.

A YouTube video shot guerrilla-style, "Normand’s Land" features Normand’s comedic exploits in the ghost town that Manhattan had become during quarantine. Whether he was dishing with his barber over a haircut that was being executed in the middle of an empty street or day-drinking in front of Radio City Music Hall, the city became Normand’s stage in lieu of the venues that had been subjected to indefinite closure. ("Normand’s Land" has over 100,000 views on YouTube to date.)

Soon, the city begins opening little by little and Normand is finally able to perform live again. He had some material on COVID that was doing well in front of audiences, and he got that itch to perform those jokes in front of a national audience. So he reached out to someone he knew at The Tonight Show Starring Jimmy Fallon.

“I was a guy who did three late-night sets a year, I just put out a special, I wanted to keep the momentum going,” Normand says. “So I said, ‘Hey, I got this killer COVID material that’s killing, but I know that you guys aren’t in studio, but what about this idea?'"

Because Fallon’s studio lacked a live audience, Normand’s idea was to feature himself performing standup for the passengers on the Staten Island Ferry. Fallon’s producer was interested but unsure whether it would work. Normand went ahead and shot it anyway. Once again, he floored it through the red light.

The experience was grueling, to say the least. They needed to shoot the entire thing in one shot. A member of his camera crew (a drone) met a watery demise when a gust of wind flung it into the bay. Not to mention the fact that some passengers weren't receptive to the notion of a surprise show on their Friday-afternoon commute home.

“A bunch of construction worker, blue-collar guys hated me, and I got some laughs but you couldn’t hear them,” Normand recalls. “The whole thing was a mess, the wind was crazy, but somehow we kind of pulled something out of it.”

Fallon’s people were presented with the piece, which eventually made it to TV.

Despite the accomplishment, Normand wasn't satisfied with the viewership, which fell short of his prior late-night appearances.

Normand is hard on himself, but he's nowhere near finished experimenting with what may or may not work in this ever-changing media landscape. If he has to throw on a snappy doorman uniform or walk around Times Square in a bath towel, then so be it.

“You gotta make it work now, because no one’s going to do it for you, and times have changed so you’ve got to just find your own way,” he says. “If that takes trying some weird shit, I’ll do it.”

Mark Normand. Friday, April 16, through Sunday, April 18 at the Miami Improv, 3450 NW 83rd Ave., Ste. 224, Doral; 305-441-8200; miamiimprov.com. Tickets are $22 (plus two-drink minimum).
KEEP MIAMI NEW TIMES FREE... Since we started Miami New Times, it has been defined as the free, independent voice of Miami, and we'd like to keep it that way. With local media under siege, it's more important than ever for us to rally support behind funding our local journalism. You can help by participating in our "I Support" program, allowing us to keep offering readers access to our incisive coverage of local news, food and culture with no paywalls.
Make a one-time donation today for as little as $1.