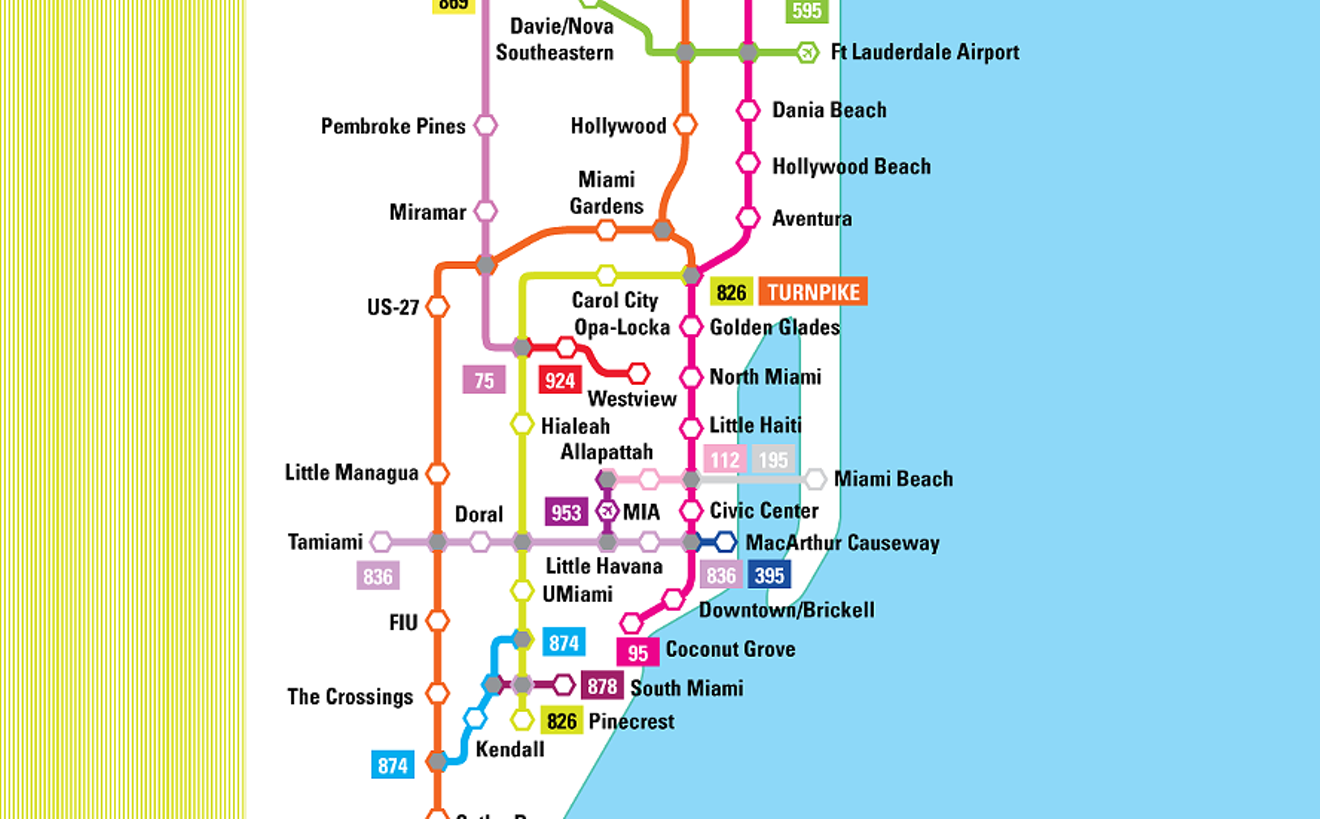 “There are two types of cities: you have your car cities — Miami, Houston — where you look for expressways and exit signs. Then you have cities where public transportation is most peoples' way of getting around and that will definitely have an effect on someone’s imagination,” Berman says from his home in Manhattan. “When you look at a map, it influences your reality.”

If any of Berman’s maps should influence our reality, it's his reimagining of Miami’s expressways. Originally appearing on Reddit’s /r/Miami page, Expressways of Greater Miami repurposes South Florida’s expressways as an interconnected train system.

For example, the Turnpike line features stops at stations located in Doral or Homestead as opposed to exits on the expressway. The artist in Berman swears that having stations instead of exits is just as much an aesthetic decision as it is a functional one.

“There’s nothing romantic about exit numbers, while New Yorkers visualize in what part of town something is based on what station it’s by,” Berman says. “Miami is largely flat, the landmarks are based on what you pass while driving on the expressway.” 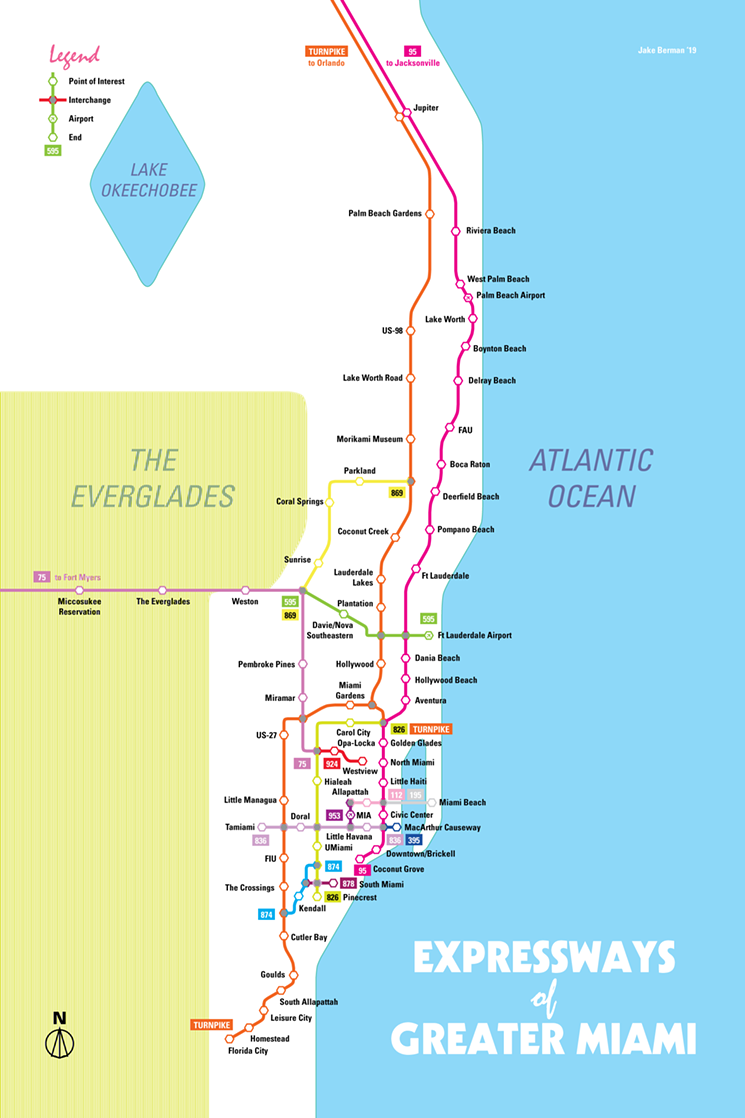 Jake Berman
In addition to using major expressways as an inspiration, Berman consulted a friend who’s constantly subjected to the torment that is driving in Miami.

“He drives a lot for work, which made him one of my most valuable resources for composing a mental map of the city,” Berman says. “Say he lives in Kendall and he needs to see a client way over in Aventura, how would he get there?”

Berman’s concept would certainly be a huge step up from the Metrorail’s current coverage, which doesn’t exactly cater to every single one of the tax-paying citizens who helped fund it.

“The Metrorail was originally supposed to cover much more of the metropolis than it is now,” Berman says, referring to the research that went into his map of Miami. “Reading the engineer documents from the ‘70s and ‘80s, they expected three or four times the amount of passengers that currently use the Metrorail.”

Berman’s remix of the expressways would be a good alternative to driving on the actual expressway if the lines were to run anything like the railways of other major cities. It would be faster during rush hour and slower when it’s not, at least according to Berman’s self-described “back of the envelope” calculations.

While a lot of the work is speculative, Berman certainly has put a fair share of thought into each project. Could he possibly revisit the subject of Miami in future works, as he did in his imaginings of San Francisco in 2050 or Los Angeles in 2028?

“I don’t really know, but I will say that there have been times I’ve gone to Miami Beach for work and people will warn me not to park my car when it’s high tide,” Berman says. “And I just go, ‘I beg your pardon?’”
KEEP MIAMI NEW TIMES FREE... Since we started Miami New Times, it has been defined as the free, independent voice of Miami, and we'd like to keep it that way. With local media under siege, it's more important than ever for us to rally support behind funding our local journalism. You can help by participating in our "I Support" program, allowing us to keep offering readers access to our incisive coverage of local news, food and culture with no paywalls.
Make a one-time donation today for as little as $1.